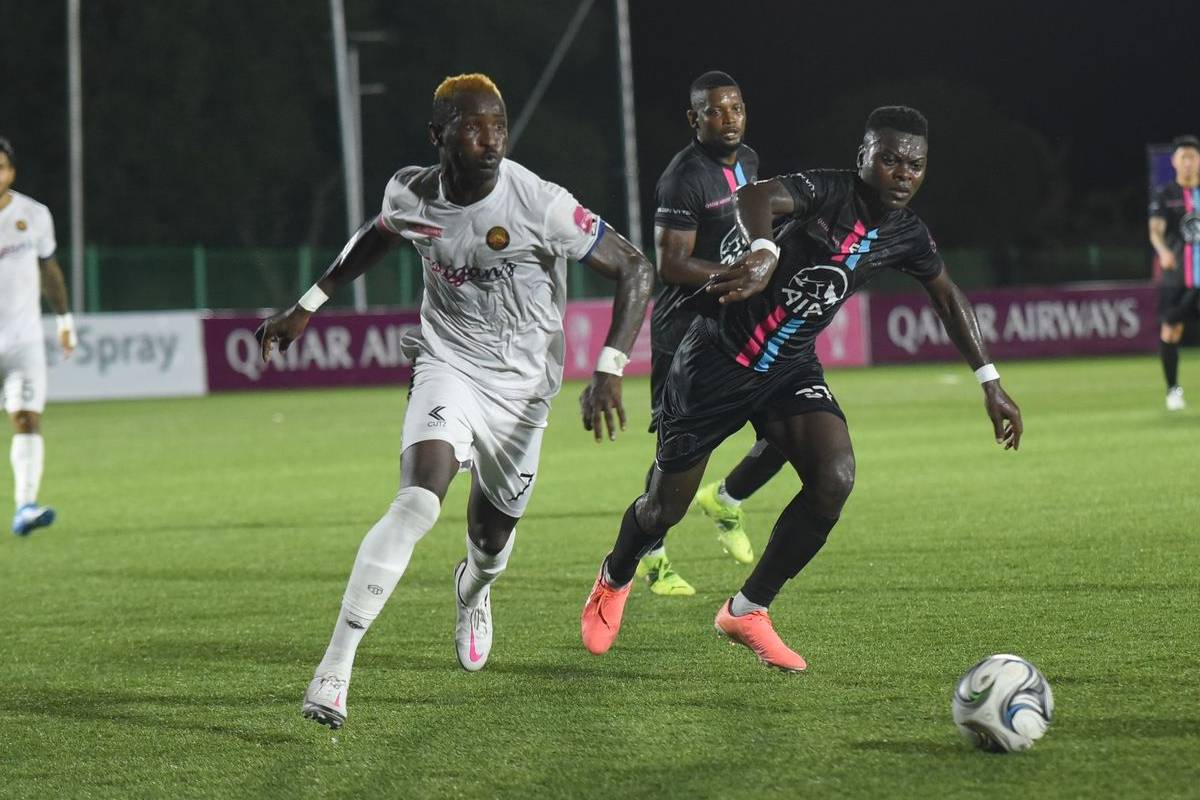 Maharlika Manila’s quest for a ticket to the semifinals of the 2022 Copa Paulino Alacantara received an important boost after a 1-1 draw against Stallion Laguna, Sunday evening at the PFF National Training Center in Carmona, Cavite.

After a goalless first half, it was Stallion Laguna that was able to break the deadlock at the 48th minute. Abou Sy headed the ball past Maharlika Manila goalie Yosuke Suzuki off a cross from Koichi Belgira.

Unfortunately for coach Ernie Nierras’ men, a sequence of errors denied them what would have been their first win of the campaign.

Goalkeeper Hayeson Pepito went outside his box and tried to hastily clear his lines, only for his attempt to hit defender Gabriel Silva, which directed the ball into the back of the net at the 87th minute.

The result means that Maharlika Manila sits in fifth place with 4 points and remains in contention for a final four ticket while Stallion Laguna is at sixth place with 3 points.

Stallion Laguna closes out the elimination round against United City on Thursday with kick-off time scheduled at 7:15 PM at the same venue.

On the other hand, Maharlika Manila has no more regular season games to play and it will wait on Stallion Laguna’s result to know if it has qualified for the semi-finals as the Azkals Development Team is out of contention.