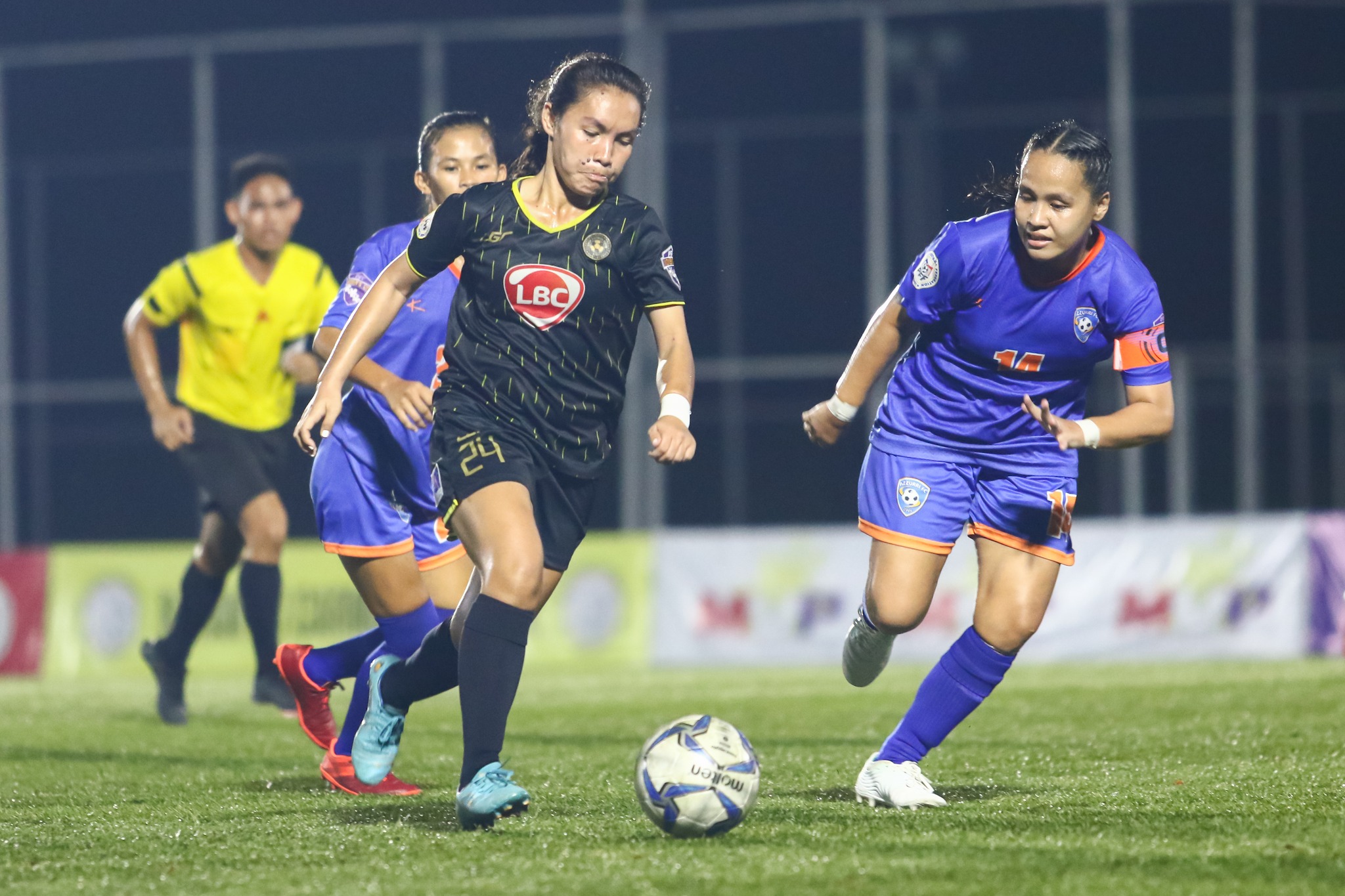 Club teams Kaya-Iloilo and Tuloy lead collegiate counterparts Far Eastern University and University of the Philippines as they make up the final four teams that move on to the knockout semifinals of the PFF Women’s Cup.

UST closes out strong with 9-0 beating of Stallion Laguna 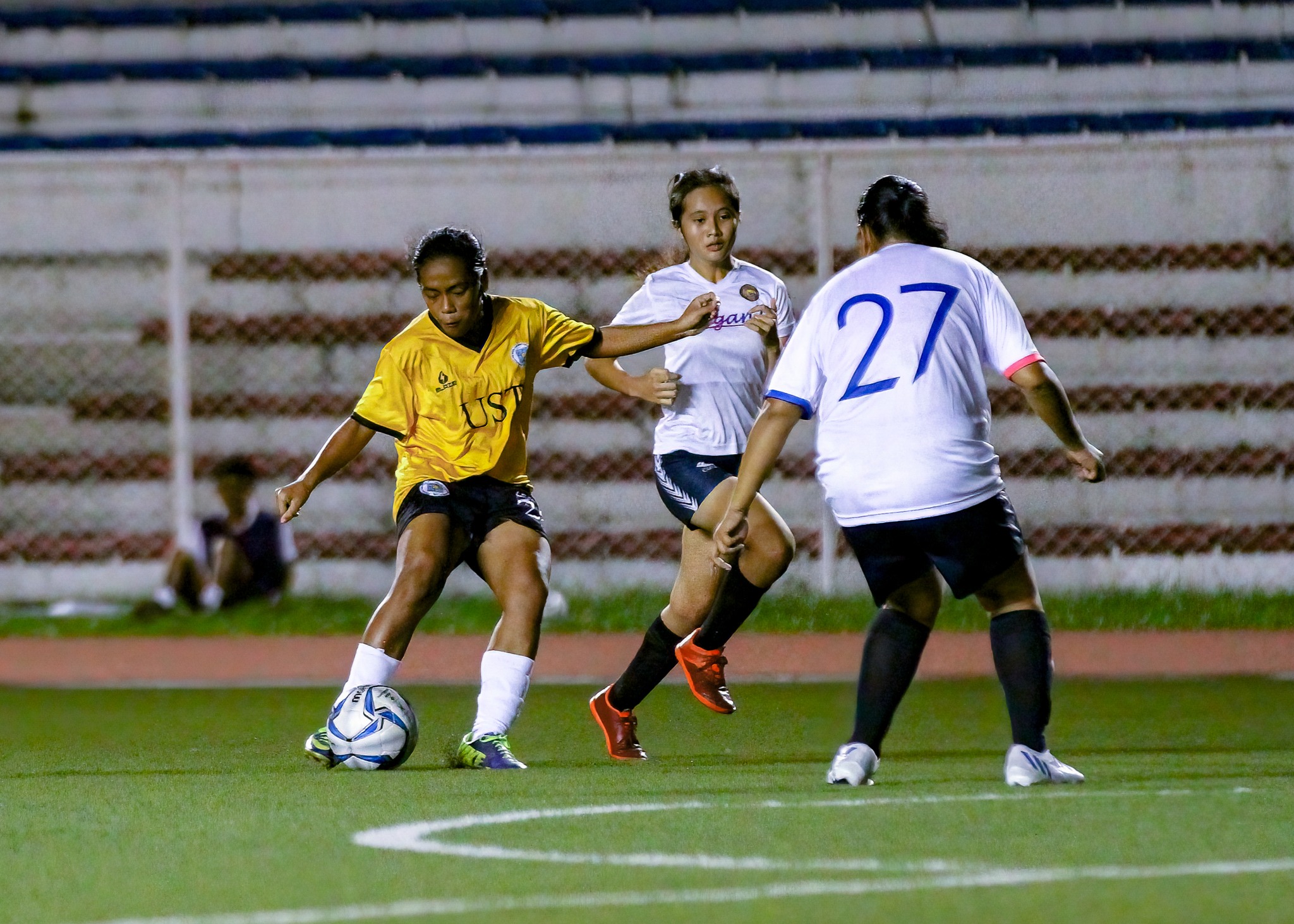 University of Santo Tomas had a late resurgence having won their last four matches but it would not be enough to get them to the knockout phase, falling short just outside of the top four, three points behind UP. They exit the tournament with 10 points while their opponent Stallion finished with 1 point in last place.

Captain Jerelyn Danao opened fire for the Tigresses in the 8th minute, and was buoyed by a Stallion own goal in the 22nd minute which later led to two hat-tricks from Lovely Fernandez and Judy Mae Prado. Fernandez scored in the 24th, 65th, and 91st minutes while Prado had hers in the 36th, 38th, and 74th minutes. Samantha Asilo also joined in the shooting spree in the 86th minute.

UP edges Ateneo 2-1 in Katipunan thriller 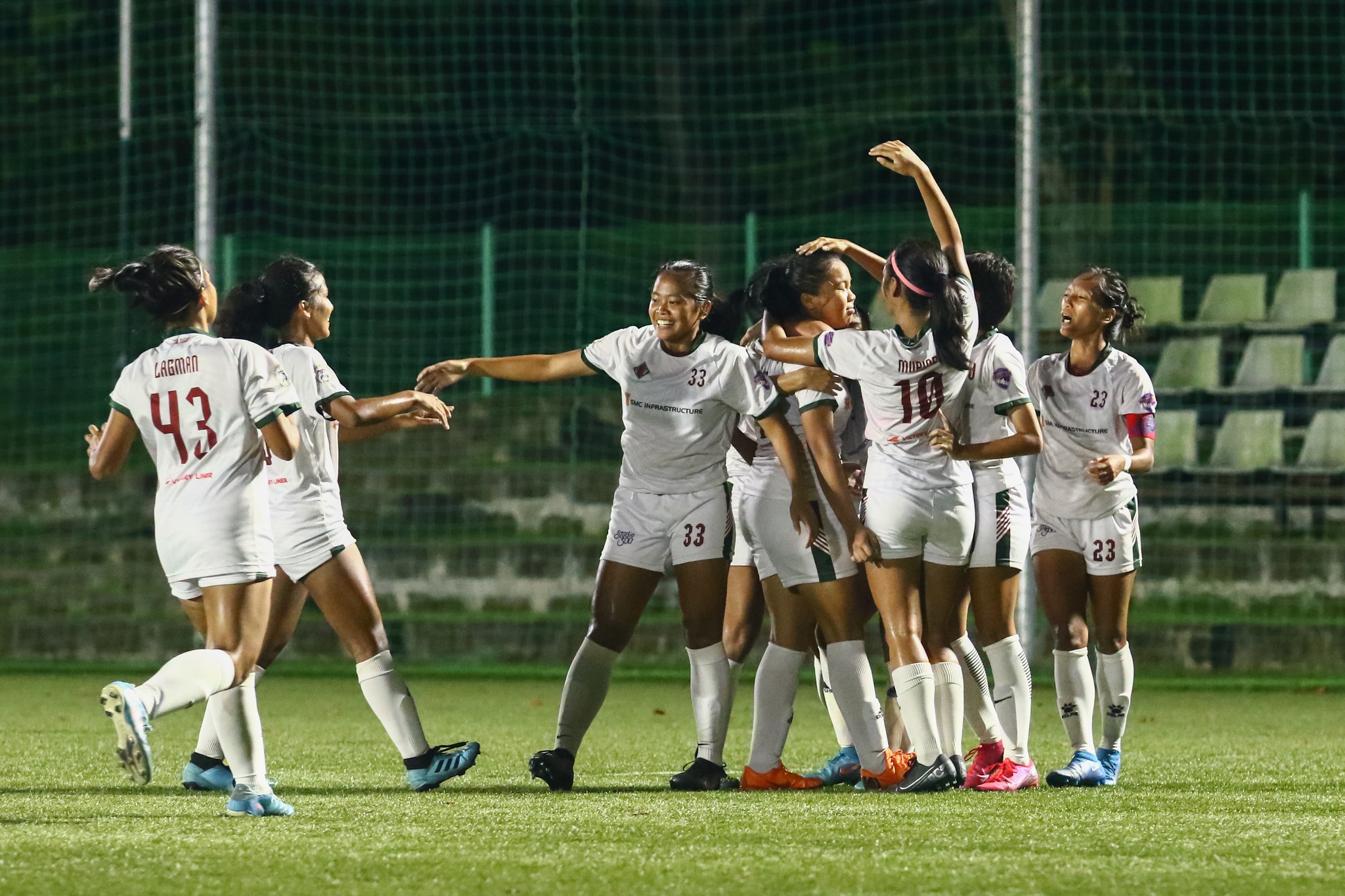 University of the Philippines needed a win to have leverage over UST who was looming right behind them and were able to seal their place in the semifinals after getting the full points against Ateneo De Manila University.

The second half was where all the action took place which even included a technical mishap on the grounds of the PFF National Training Center in Carmona, causing a massive delay to the match. UP remained focused and was the first to break the ice as captain Alyssa Ube put them ahead in the 71st minute.

A defensive mistake led to Joyce Semacio leveling the match in the third minute of stoppage but it was Ateneo’s neighbors that had the last say after Coleen Reaso’s literal turn-around goal at 20 minutes past regulation won it for the Maroons.

Ateneo meanwhile is knocked out with just 6 points in sixth place, having managed only two wins out of 7 total matches. 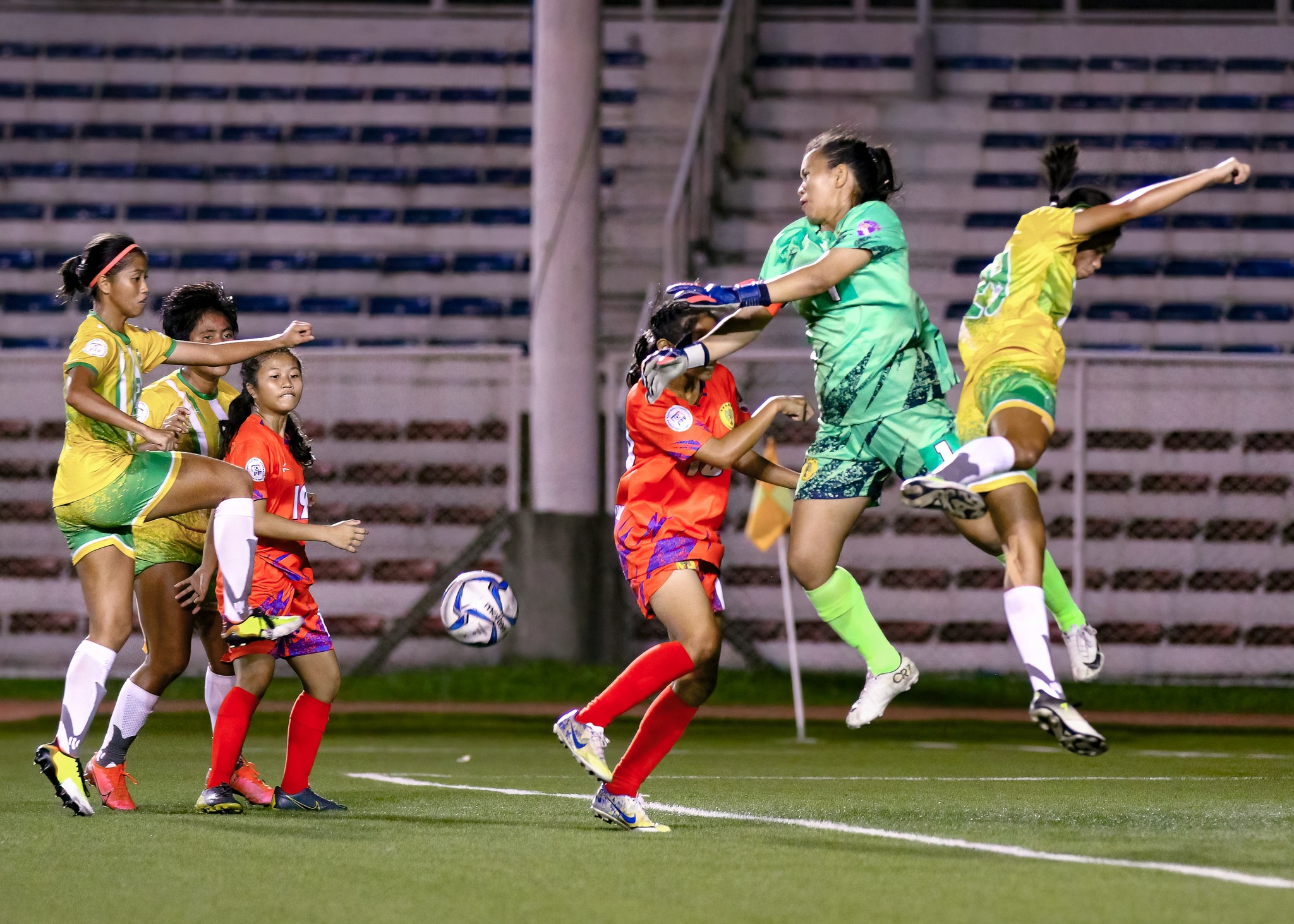 Far Eastern University started off the tournament strong with five straight wins only to end it with two straight losses, however, the 15 points they have accumulated were enough to see them through to the semifinals alongside their conquerors for the day Tuloy who finished ahead in the standings with 16 points.

Jenny Perez stunned the collegiate squad by netting the only goal of the match in the 77th minute and was no doubt the heroine alongside keeper Mykaella Abeto who picked up another cleansheet. The captain later explained on how they put together an upset win.

Kaya-Iloilo finished the round-robin phase on top with 18 points on six consecutive wins and only a single loss. Their latest casualty was Azzurri who went out on 2 points in 7th place.

Shelah Cadag scored the opening goal in the 10th minute before completing a hat-trick in the 41st minute and first half stoppage. Nicole Ramores and Kyra Dimaandal each added a goal in the 22nd and 74th minutes.

Hannah Muros offered late consolation for Azzurri when she denied Kaya a cleansheet with an 82nd minute strike.

Cadag was no doubt named Player of the Match as her hat-trick made her the undisputed top scorer of the tournament at the moment with a total tally of 15 goals, and she later praised her team for their efforts.

“Much better yung performance namin ngayon, nakita namin yung communication namin, yung passing namin and na-convert to a goal so good thing na nagawa namin this time. Good job team, I’m so proud of you guys. I’m so lucky to be on this team,” shared Cadag.

The PFF Women’s Cup semifinals will take place next Sunday, December 11, at the PFF National Training Center in Carmona with Kaya-Iloilo taking on the University of the Philippines at 4:00 P.M. while Tuloy gets a quick rematch with Far Eastern University at 7:00 P.M. The games will be broadcasted live on the Facebook page of the PFF Women’s League.