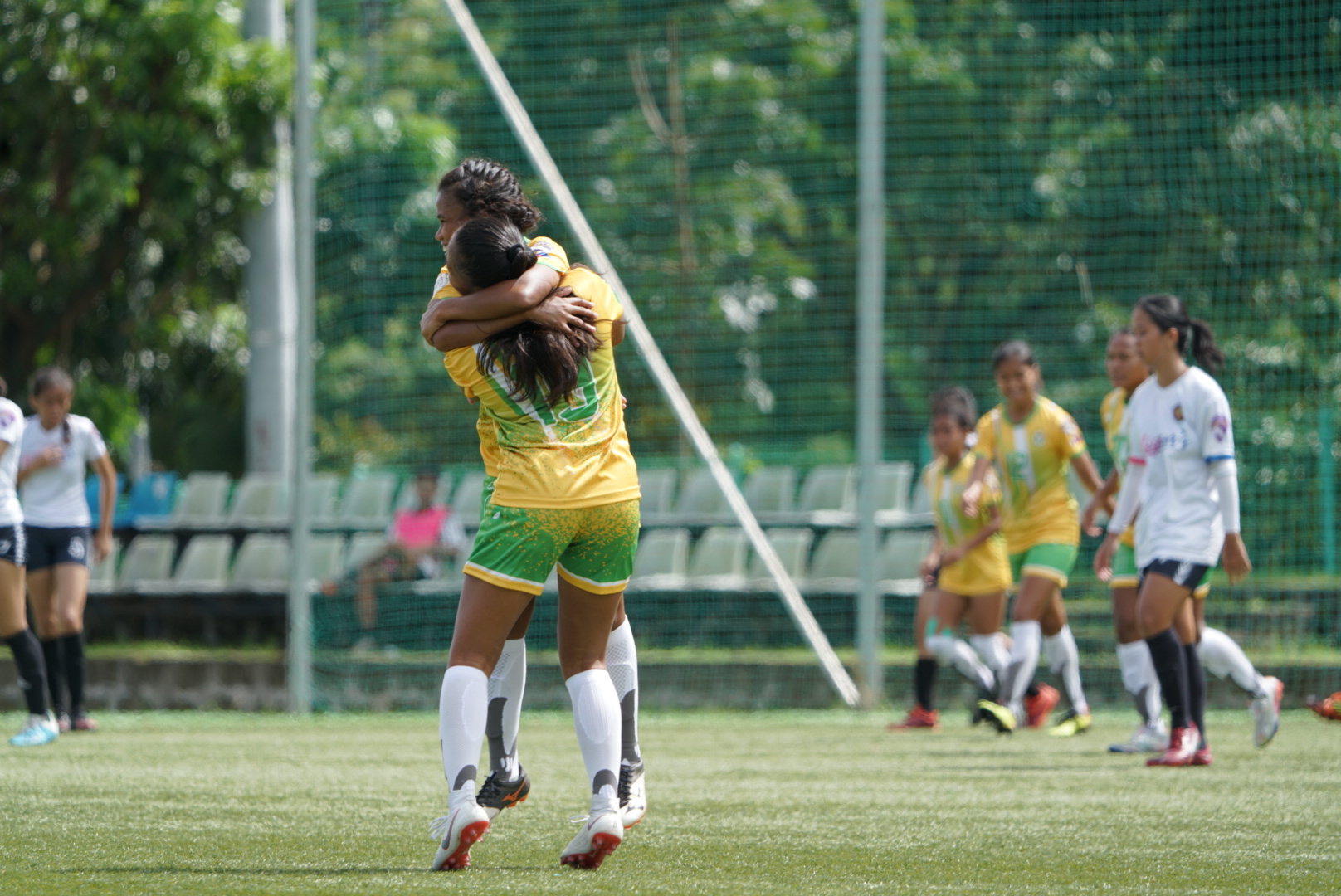 Far Eastern University capitalized on University of the Philippines’ drawing with Tuloy which turned them into the new leader of the PFF Women’s Cup elimination round after last weekend’s action at the PFF National Training Center in Carmona, Cavite.

UP and Tuloy figure in goalless draw 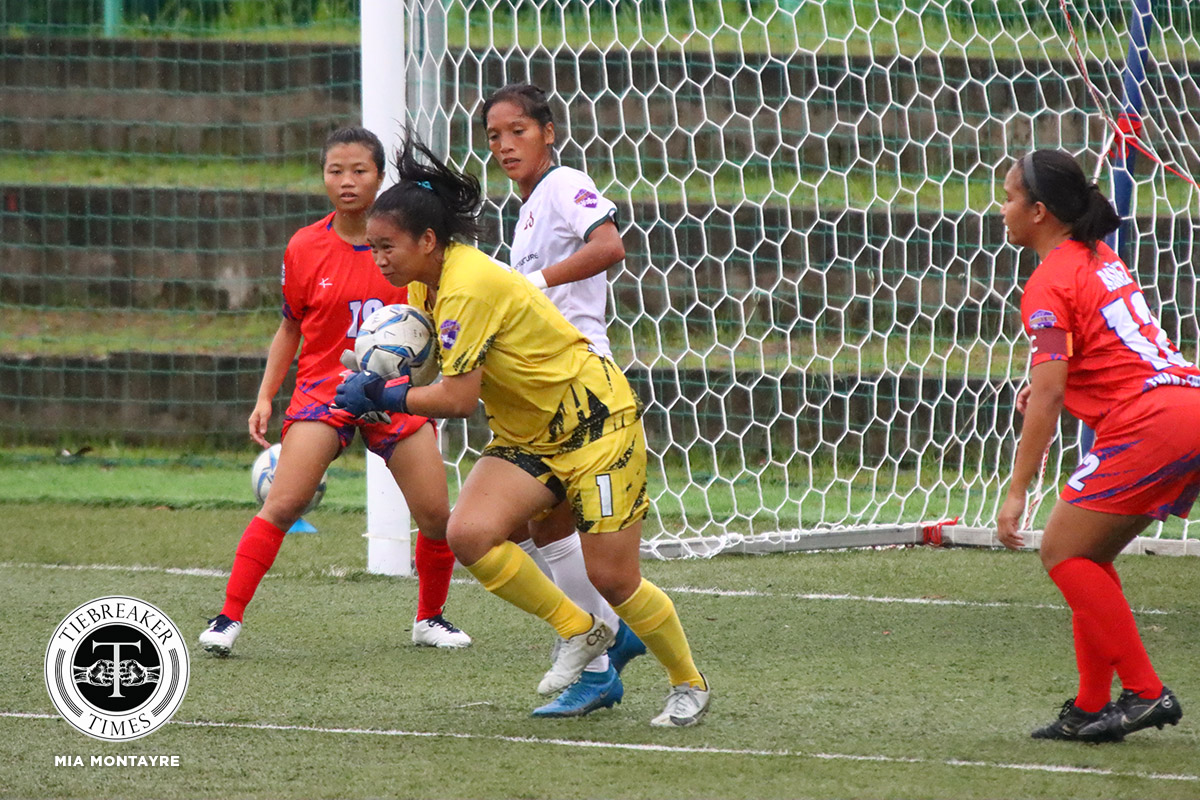 Points are shared between UP and Tuloy as a result of their scoreless match which has put both teams in second and third of the table behind FEU.

It looked like UP would take the match after dictating play in the first half which kept Mykaella Abeto preoccupied in intercepting shots on goal while Tuloy struggled to reach the final third of the Maroon half.

Jonalyn Lucban’s insertion after the break was able to spark some of Tuloy’s attack and it was Eunice Eduave’s turn to parry attempts from the youngsters but ultimately the match ended with neither team making a breakthrough.

“Nakakaba po, sobrang tight nung laro, pero good game,” shared Abeto who had an eventful evening keeping the collegiate team at bay and was eventually named Player of the Match.

“We were trying to be more direct in terms of build-up but we kind of struggled to connect those passes because to be honest we had a lot of opportunities,” said UP captain Kaitlyn Dabalos.

“It’s Tuloy, they’ve always been a challenging opponent ever since,” added the defender who was key in keeping Tuloy in check. 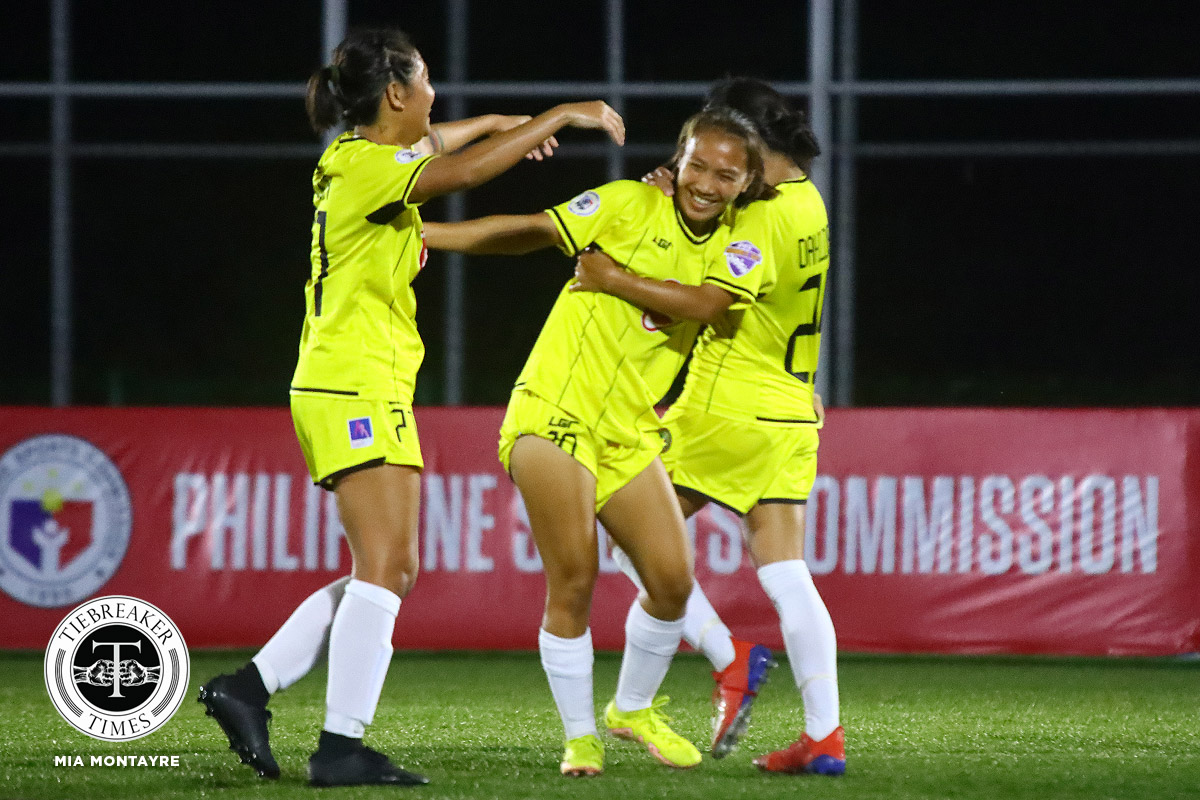 A rousing win for Kaya secured their place in the top half of the table while banishing Ateneo to a third straight loss.

It only took Kaya three minutes to get on the scoreboard after Irish Navaja picked up on a shot that was initially blocked. The three players that scored afterward all collected braces with Shelah Cadag in the 16th and 72nd minutes, Hazel Lustan consecutively in the 19th and 26th minutes, then substitute Nicole Ramores in the 64th and 88th minutes.

Despite facing a UAAP side, Lustan later revealed they were not daunted even after losing to one in FEU at the start of the tournament. 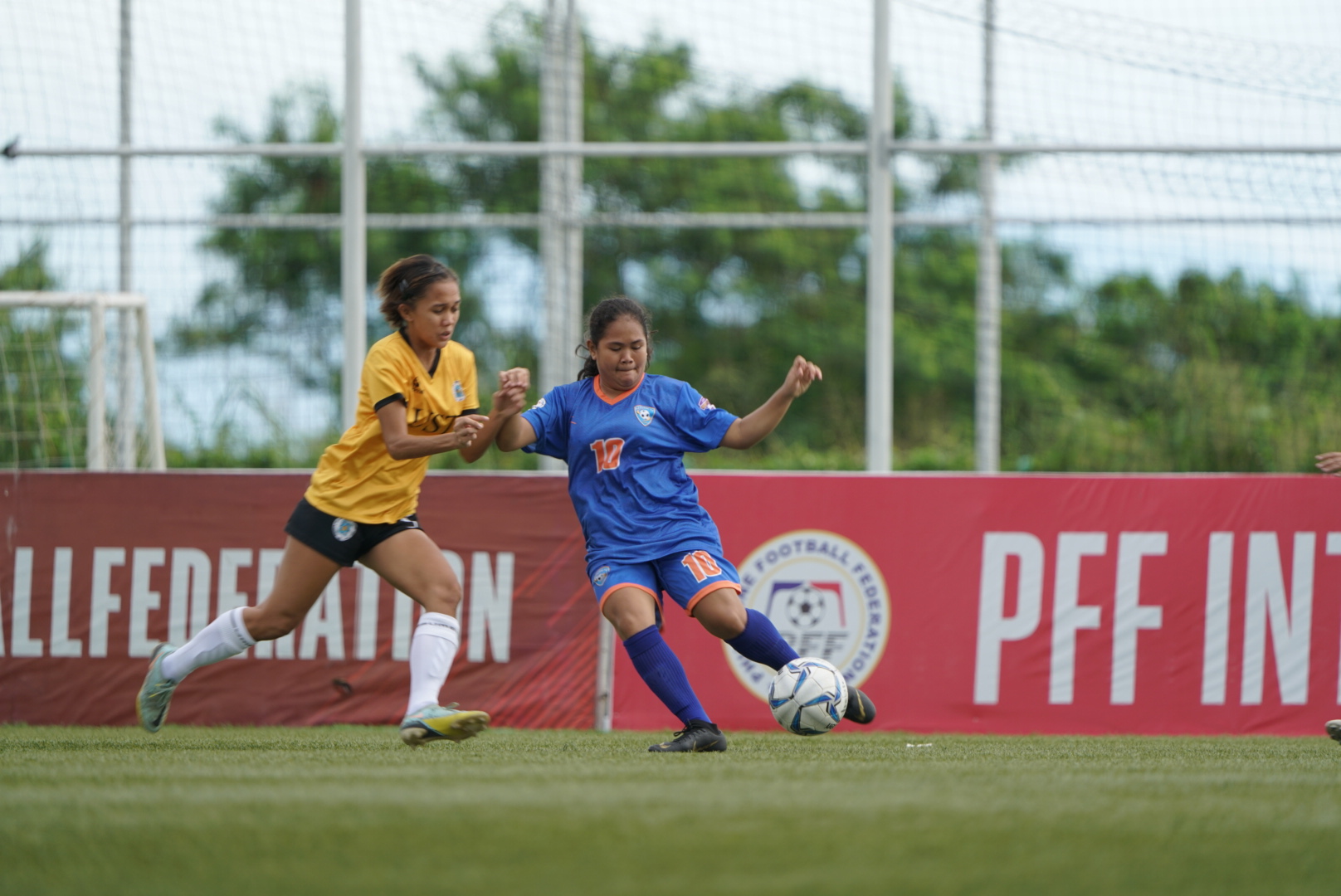 Nothing could separate the University of Santo Tomas and Azzurri after a topsy-turvy encounter that ended with both sides gaining a precious point each.

It was the club team Azzurri that actually drew first blood after an audacious run from Regina Aliping in the 11th minute. UST would respond with a 16th-minute equalizer from Cindy Bennett that was too strong for keeper Elaisa Portez.

In the 35th minute, Hannah Muros took matters into her own hands with a wonderful free-kick strike.

In the second half, UST drew level again after Nathalie Absalon’s left-footed finish in the 48th minute. The lady booters of Espanya would take the lead for the first time after Bianca Sy’s 79th-minute go-ahead, but this would be short-lived after Regine Rasonable failed to stop Muros from tying the game again with two minutes left on the clock.

The eventual Player of the Match later shared how they were able to stand toe-to-toe with the UAAP team and getting a point out of it.

With UP and Tuloy figuring in a draw earlier, this cleared the path for FEU in taking the top spot for themselves after effortlessly dispatching of Stallion.

Five different players found the back of the net for FEU starting with Elna Bongol in the 12th minute before Millet Tuliao in the 19th minute and Jonela Miravite capping the first half off right at the whistle.

In the second half, substitute Regine Rebosura would pick up a brace with goals in the 63rd and 76th minutes before Dionesa Tolentin rounded it all off with a strike at near full-time.

Christine Hulleza was named Player of the Match and later noted how she was able to help set off the FEU offense.

The PFF Women’s Cup continues this Wednesday, November 23, at the PFF National Training Center in Carmona with Azzurri facing Stallion-Laguna at 4:00 P.M. and UP clashing with Kaya-Iloilo at 6:30 P.M. The games will be broadcasted on the Facebook page of the PFF Women’s League.