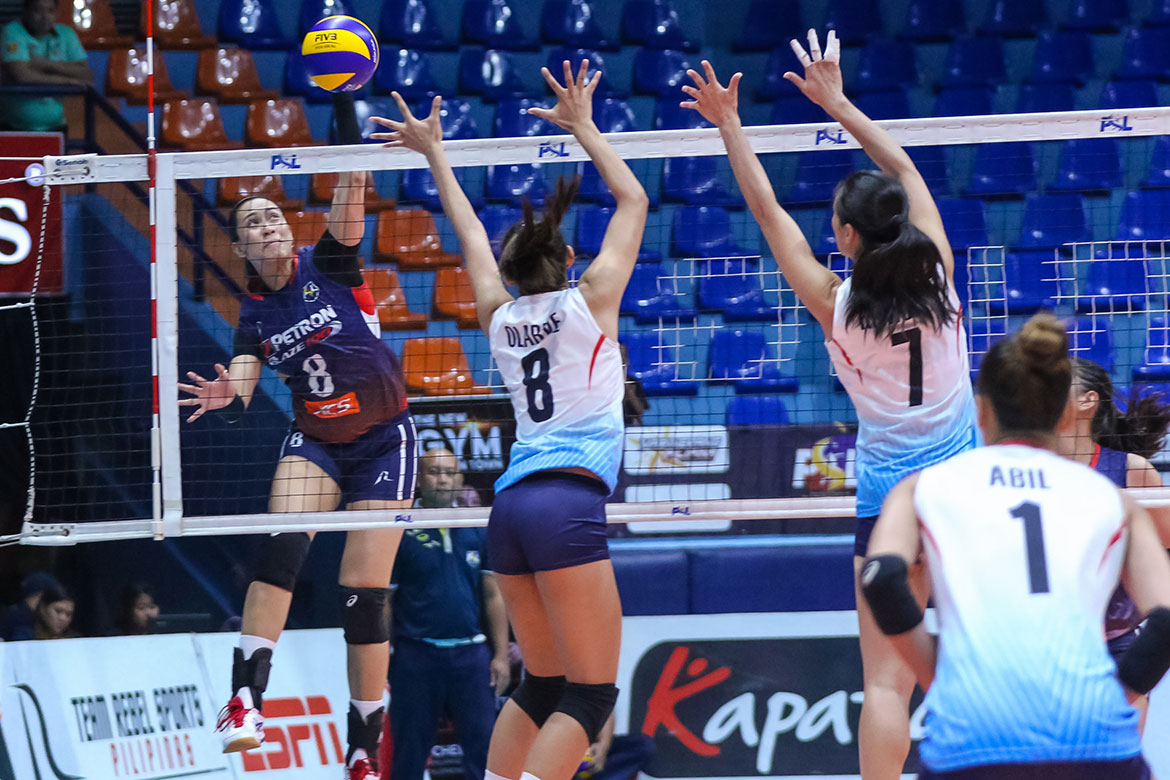 The Petron Blaze Spikeres flaunted their might, throttling the Marinerang Pilipina Lady Skippers, 25-18, 25-13, 25-11, in the quarterfinals of the 2019 PSL All-Filipino Conference, Thursday.

The reigning champions – who had a twice-to-beat incentive – move on to the next round where they will take on the winner between Generika-Ayala and Cignal.

After heating up their engine in the opening set, the defending champions kicked their offense into high gear in the succeeding frames. The Blaze Spikers gave Marinerang Pilipina a 20-8 whipping in the second, then mounted a 21-6 cushion in the third.

Aizo Maizo-Pontillas led a balanced attack for Petron, hammering down 15 points — built on 12 excellent attacks and two blocks. She also had 12 excellent digs to post a double-double outing.

Rhea Dimaculangan churned out 27 excellent sets on top of three points. She also buoyed 10 Blaze Spikers in the scoring column.

On the other hand, no player scored in double figures for Marinerang Pilipina.

Judith Abil and Dimdim Pacres topped their team with seven points apiece. The former also had 15 excellent receptions and 14 excellent digs for the Lady Skippers, who bowed out of contention with a 0-15 card.

READ  Jalalon crashes but does not burn

Petron’s semifinal match is on Tuesday at the Muntinlupa Sports Center.