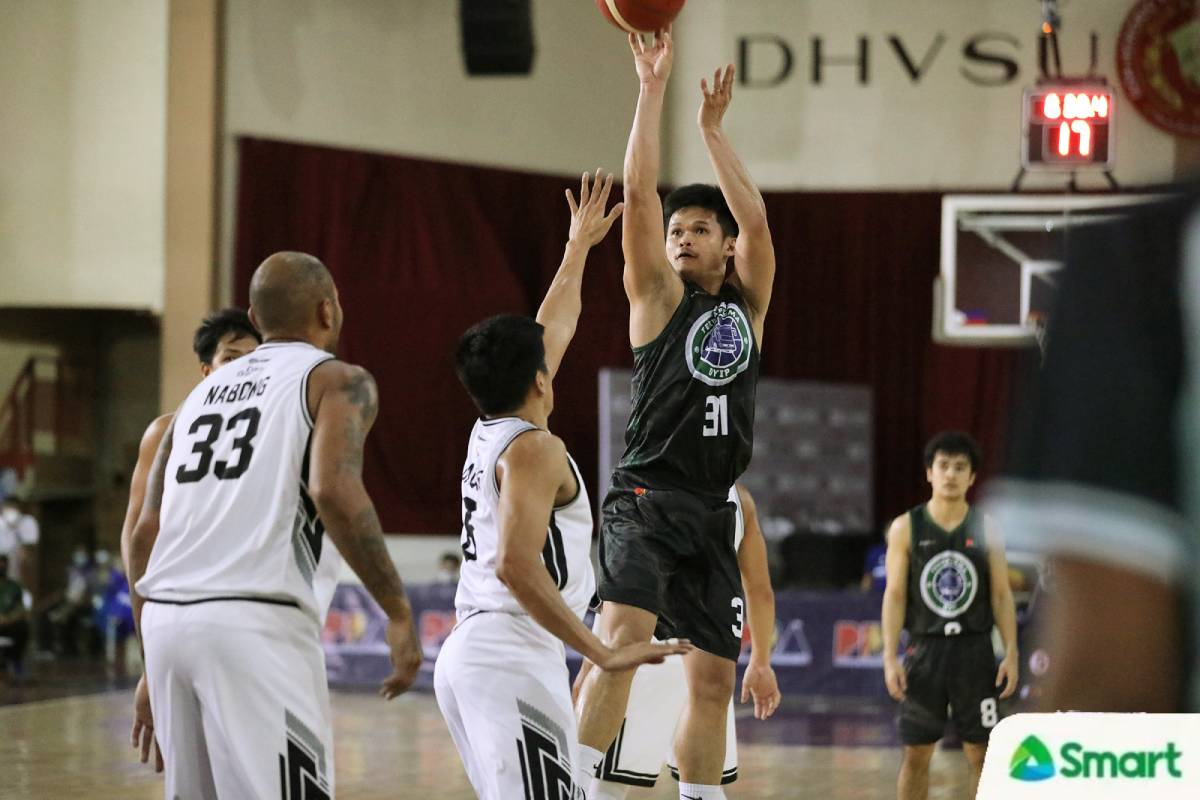 Terrafirma added Blackwater to its list of casualties, 96-84, to extend its fiery winning streak to three in the 2021 Honda PBA Philippine Cup, Sunday at the Don Honorio Ventura State University Gym in Bacolor, Pampanga.

The Dyip pulled away in the final frame with a telling 19-5 run for an 84-70 lead approaching the final six minutes, and the game was never in doubt since then as they went on to cap off what has been a magical week for them.

“Blackwater, they have great players. They have a great coach,” said head coach Johnedel Cardel. “‘Yun sinasabi ko, so we don’t underestimate them. Dumikit sila, but we focused, we stayed focus, we stayed as a team.”

Veteran big man Aldrech Ramos was at the forefront of the attack with 17 points on 7-of-11 shooting and nine rebounds, as Terrafirma improved to 3-4 while keeping the Bossing winless in six games.

Reden Celda had his best game of the season thus far with 15 points, including nine in the final frame. The 6-foot guard also collected six rebounds, four assists, two steals, and a block in over 27 minutes.

The two, together with Rashawn McCarthy and Andreas Cahilig, helped out in the aforementioned rally that completely turned the game around after Terrafirma fell behind by 13 points late in the second period.

Cahilig had 12 points and 11 rebounds for his first double-double outing this conference, while McCarthy added 12 as the Dyip showed team effort on a day Juami Tiongson got shackled by the opposing defense.

Tiongson, who averaged 30.0 points in their wins versus San Miguel Beer and Barangay Ginebra, was limited to just 10 points. But it was him who gave his side their biggest lead of the game at 18, 91-73, with 3:14 left to play.

“Siyempre Juami, marked na siya eh. They will try to stop him. But they’re very successful stopping Juami. But I told you, there are some other guys there. I know may ilalaro pa sila,” said the youthful bench tactician.

“Like Red Celda now, he’s the Best Player. Ang laking bagay. And some other players naman, nandiyan lang ‘yan eh. I told them na we have to be a team. Tulungan natin,” Cardel added.

Mike Tolomia led Blackwater with 14 points, five assists, and four rebounds in the loss, which kept them at the bottom of the standings at 0-7.

Simon Enciso had 13 points on 17 shots. Ed Daquioag made 12 points, while Baser Amer and Ed Daquioag added 11 apiece as the guards carried the fight for the Bossing, who’s on the brink of missing the playoffs.