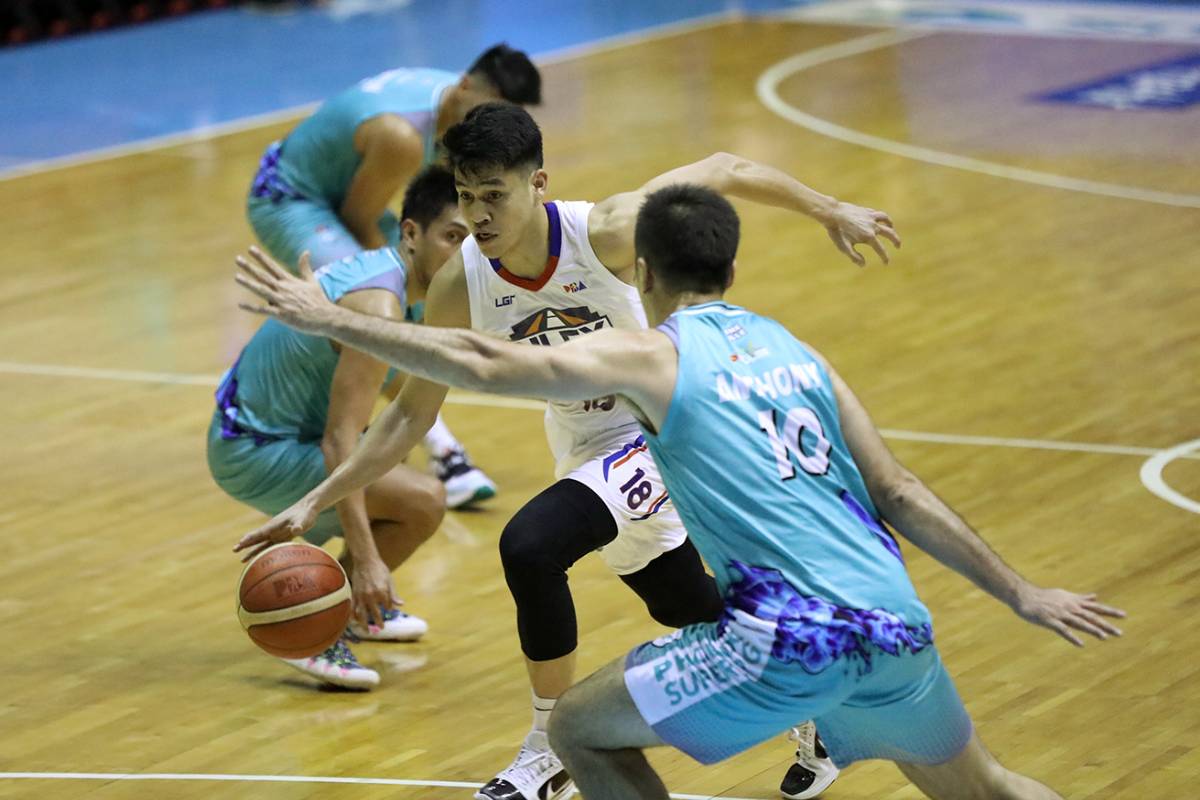 Calvin Oftana starred as NLEX edged Phoenix Super LPG in overtime, 114-108, for win no. 4 in the PBA Philippine Cup, Thursday night at the SMART Araneta Coliseum.

The sophomore forward finished with 22 points, 10 rebounds, and seven assists as he resuscitated the Road Warriors after wasting a blistering 21-2 start that eventually saw them fall behind by eight points late in the fourth quarter.

He nailed back-to-back three-pointers to make it 103-all late in regulation, then opened the extra frame with a long jumper from the top as momentum shifted on their side on their way to nailing their second win in a row.

“Those are big plays. And for a sophomore like Calvin to make those big plays, alam natin na malayo pa mararating,” said head coach Yeng Guiao.

JR Quiñahan produced 21 points on three treys. Kevin Alas provided 18 points and seven assists. Don Trollano made 17 points, including the last two points of the match that came from the free throw line to seal the deal.

All three came through in regulation that paved the way for Oftana’s heroics, as they took advantage of Phoenix losing veteran forward Sean Anthony with 1:59 to play after being called for his sixth and last personal foul.

Anthony was the one who did wonders for the Fuel Masters, scoring nine straight to give his side the 96-92 lead before the premature exit.

NLEX will next face Magnolia on Saturday at 7:15 p.m., still at the Big Dome.

Tyler Tio had 18 points. Larry Muyang notched a double-double of 17 points and 11 rebounds. Anthony had 17 as well with eight boards, while RJ Jazul chimed in 12 markers in the loss that dropped their card to 2-5.

Phoenix will shoot for the skid-ending W against the streaking Blackwater on Friday, July 8, 6 p.m. also in Araneta.