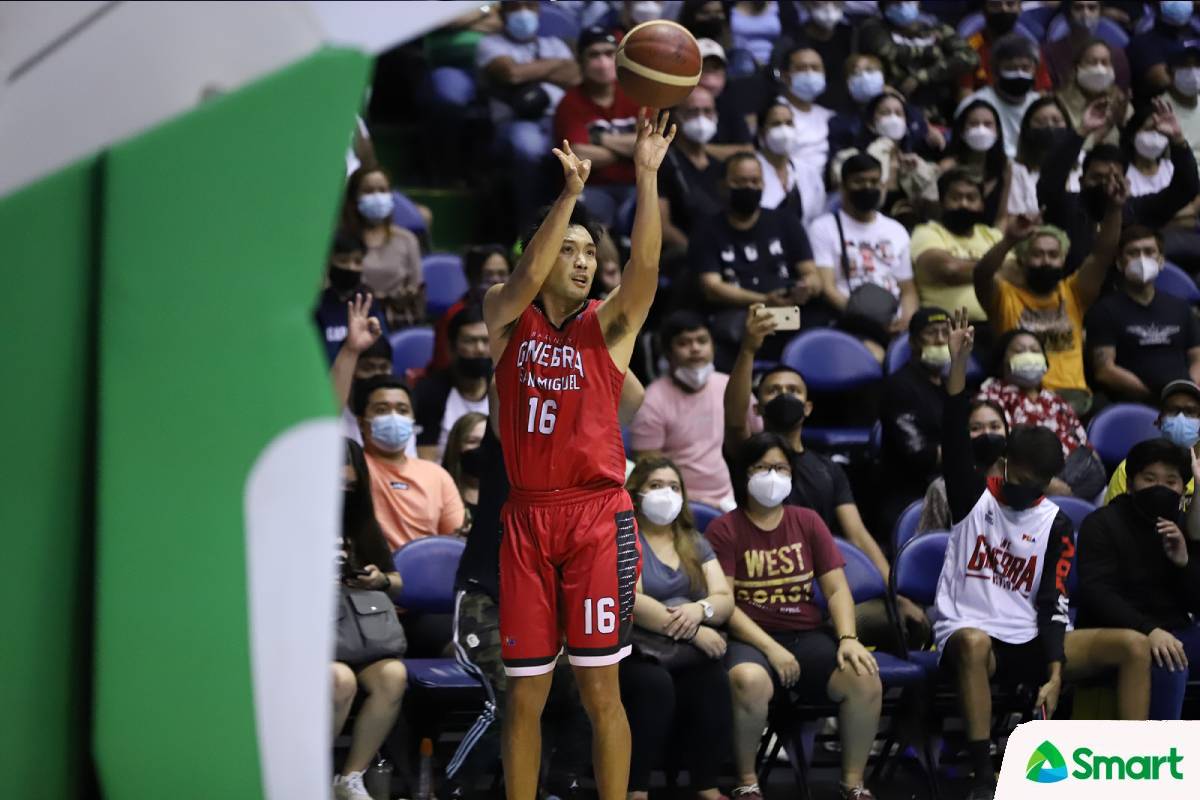 Ginebra is through to the 2021-22 PBA Governors’ Cup quarterfinals following an important 104-93 win over the also-ran Rain or Shine to conclude its elimination round campaign, Sunday night at the SMART Araneta Coliseum.

The Gin Kings pulled off a telling 15-0 run in the fourth quarter behind Justin Brownlee, Scottie Thompson, and veteran sniper Jeff Chan to turn a six-point deficit to a 98-89 lead with 2:33 left on the way to the much-needed W.

Hounded by injuries all season long, the Barangay finished with a 6-5 record to keep its title retention bid very much alive. But it won’t be easy from here on as it will have to beat twice whichever foe it would face in the next round.

Former Best Import Brownlee finished with 25 points, 10 rebounds, and seven assists in 46 minutes in yet another near triple-double performance.

Christian Standhardinger made his presence felt in the triumph as well, tallying 20 points and six rebounds. Thompson churned out yet another double-double, as he chalked up 15 markers alongside 12 caroms.

Chan fired 15 as well on four three-pointers, none bigger than the one that tied the game at 89-all that helped kick-start the aforementioned run. He sank another one that pushed the lead to 101-91 with 2:01 left to play.

“It was the first time that we’ve been able to grind out a win this whole conference,” said a pleased Cone. “We’re relying on our defense more than our offense, so I’m real proud of our guys for really grinding it out. This is the way you gotta play in the playoffs, and this is what we’re preparing for, to try to get into the playoffs and make some noise.”

Henry Walker powered Rain or Shine with 34 points and eight rebounds as they failed to end the season on a winning note.

The Elasto Painters were actually poised to deal Ginebra another loss when Jewel Ponferrada hit a triple for an 89-83 lead with 7:52 left. But Brownlee converted a three-point play afterwards to spark the comeback.

Rain or Shine finished the conference with a dismal 3-8 record. It failed to win its last five assignments.