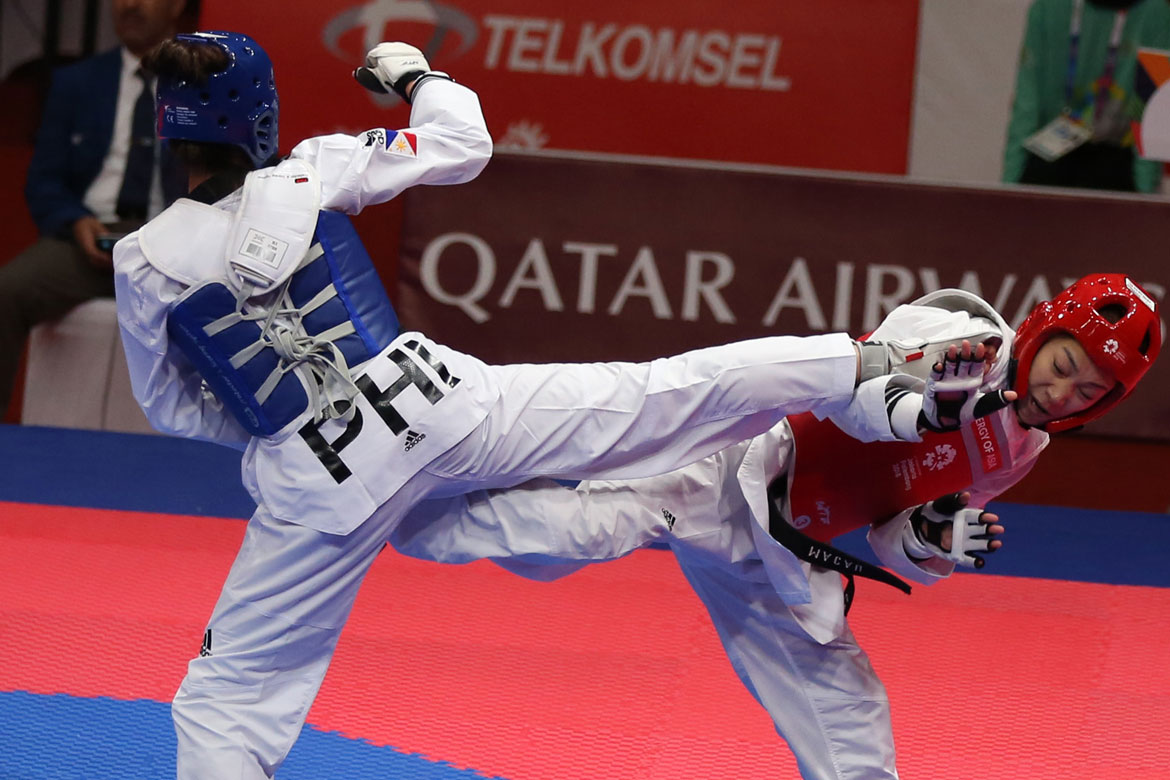 Five-foot-six Pauline Lopez succumbed to a tough loss against lankier Chinese jin Luo Zongshi, 4-11, in the semifinals of the Women’s -57kg of the 2018 Asian Games Taekwondo tournament, Tuesday afternoon at the Jakarta Convention Center Plenary Hall in Jakarta, Indonesia.

Luo, who was making her Asiad debut, was at least three inches taller than the Ateneo Lady Eagle. And she used this advantage all throughout the match.

Facing a 3-4 deficit entering the final round, the 20-year-old Ateneo Lady Eagle tried to turn up the aggression in the final frame.

But the Chinese jin was able to connect on timely kicks to counter Lopez and extend her lead to a dominant 11-4 to advance to the finals.

Still, Lopez was able to secure the country’s fourth bronze medal in the meet – the third from the Philippine Taekwondo Association.