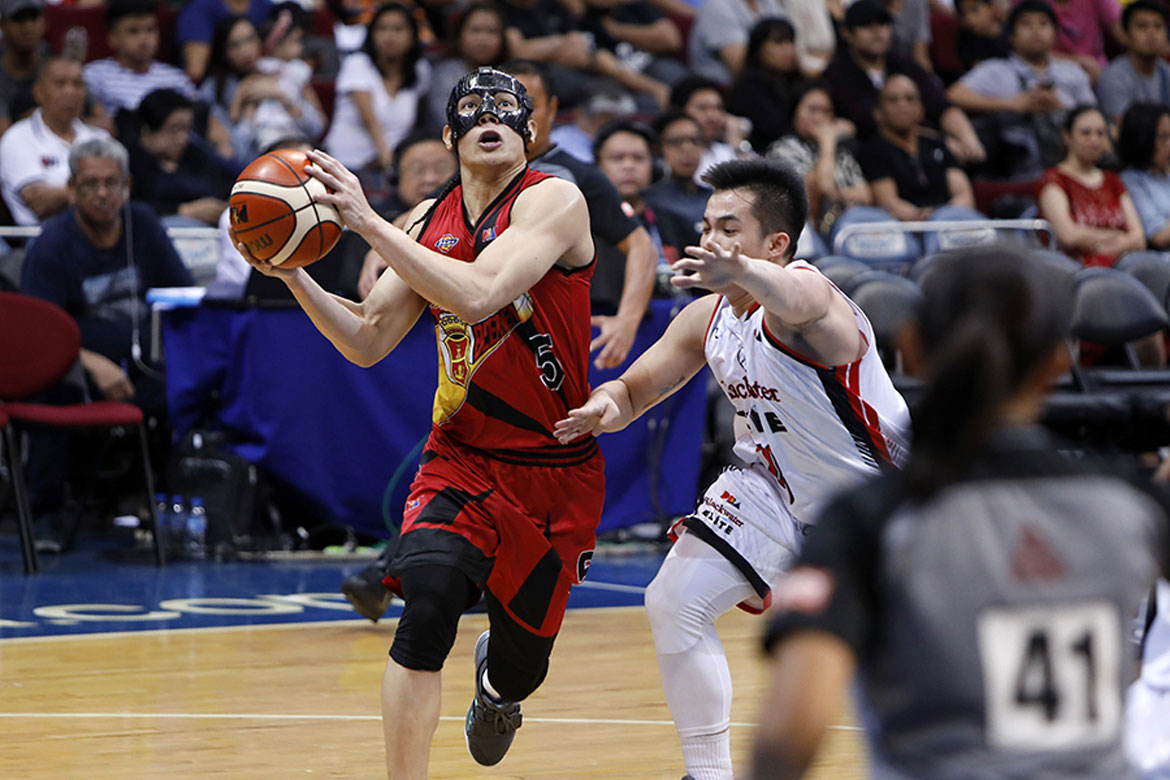 It’s pretty rare to see a rookie go up against one of his college coaches in the pro ranks.

But that did happen on Wednesday night in the 2019 PBA Philippine Cup, as neophyte Paul Desiderio faced veteran Alex Cabagnot in the Blackwater Elite’s clash with reigning, four-time champions San Miguel Beermen.

Desiderio and Cabagnot spent time together in the University of the Philippines Fighting Maroons program. The 36-year-old gunslinger has served as one of head coach Bo Perasol’s deputies since 2016.

And Wednesday night’s meeting was an example of why mentors are mentors.

Though he’s yet to be fully cleared by the doctors, Cabagnot brought his A-game. He finished with 19 points and five assists to help San Miguel zoom past Blackwater, 93-79, to return to the win column after two straight losses.

But despite the stinging loss – it brought Blackwater’s record down to 1-4 – Desiderio is glad to have come face-to-face with one of his mentors, who is still touted as one of the best guards in the league today.

Cabagnot is also happy to see and even play against his mentees in the pros. And he hopes that Desiderio – and Diego Dario – will keep in mind the advice he’s given them during their time together in UP.

“I’m very happy that they’re getting a lot of minutes,” the seven-time PBA champion expressed. “Paul had a lot of minutes, Diego had some spot minutes today. I wish him the best. Our preparation wasn’t in vain as well. When I had them three or four years ago, I told them that they could have the opportunity to play in the PBA, the highest level in the Philippines.

“Parang they were kind of ‘Grabe naman si coach, sobrang taas naman ng dream niya sa amin.’ Pero I know their work ethic, I know their potential. And I’m glad those late night workouts we had at UP, and those time we had, ‘yung mga extra sessions namin, it’s not in vain. Nakadating dito sa kanila,” the six-time All-Star added.

“Pero I tell them all the time: sometimes, the PBA is easier to get in to. The hard part is staying. So I hope they remember that.”