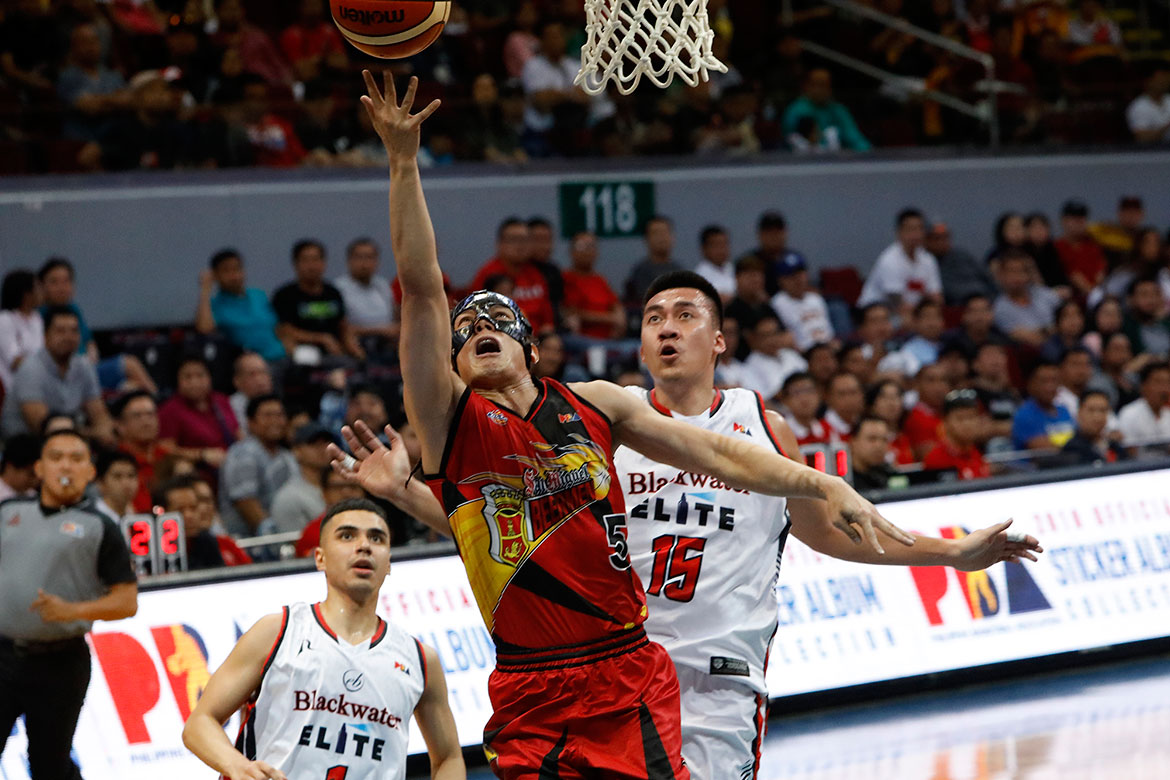 Alex Cabagnot returned triumphant, and helped the San Miguel Beermen end their two-game skid in the 2019 PBA Philippine Cup at the expense of the Blackwater Elite, 93-79, Wednesday night at the SM Mall of Asia Arena in Pasay.

The still-masked Cabagnot – who has come back from a hamstring injury – was responsible for the Beermen’s fourth quarter breakaway. His basket with 5:51 left to play propelled San Miguel to their biggest lead at 21, 87-66.

Cabagnot finished with 19 points on an efficient 8-of-15 shooting from the field along with five assists, a rebound, a steal, and a block in over 24 minutes.

“Well, Alex, welcome back,” said San Miguel head coach Leo Austria. “So far he’s okay. The doctor has yet to give him the full clearance, but he’s really eager to play. He wants to win dahil ayaw niyang nakikita yung team na natatalo.”

San Miguel were able to rack up the impressive win even without the services of Christian Standhardinger due to his recurring knee issue; while swingmen Von Pessumal and Marcio Lassiter sat out as they both had flu-like symptoms.

“Well, it’s a good win for us, and this win will serve as a morale-booster for us. We’re able to arrest our losing streak, which is two. Marami sa amin yun eh. De, nagbibiro lang ako,” said the multi-titled mentor with a slight grin.

Rookie Abu Tratter – who had expressed how much he looked forward to facing the 6-foot-10 Fajardo, his former teammate in Gilas Pilipinas – was just a point away from a double-double, as tallied nine points and 12 rebounds.

Current UST Golden Tigresses show might over past greats

Chin Basas in as reserve for loaded Petron