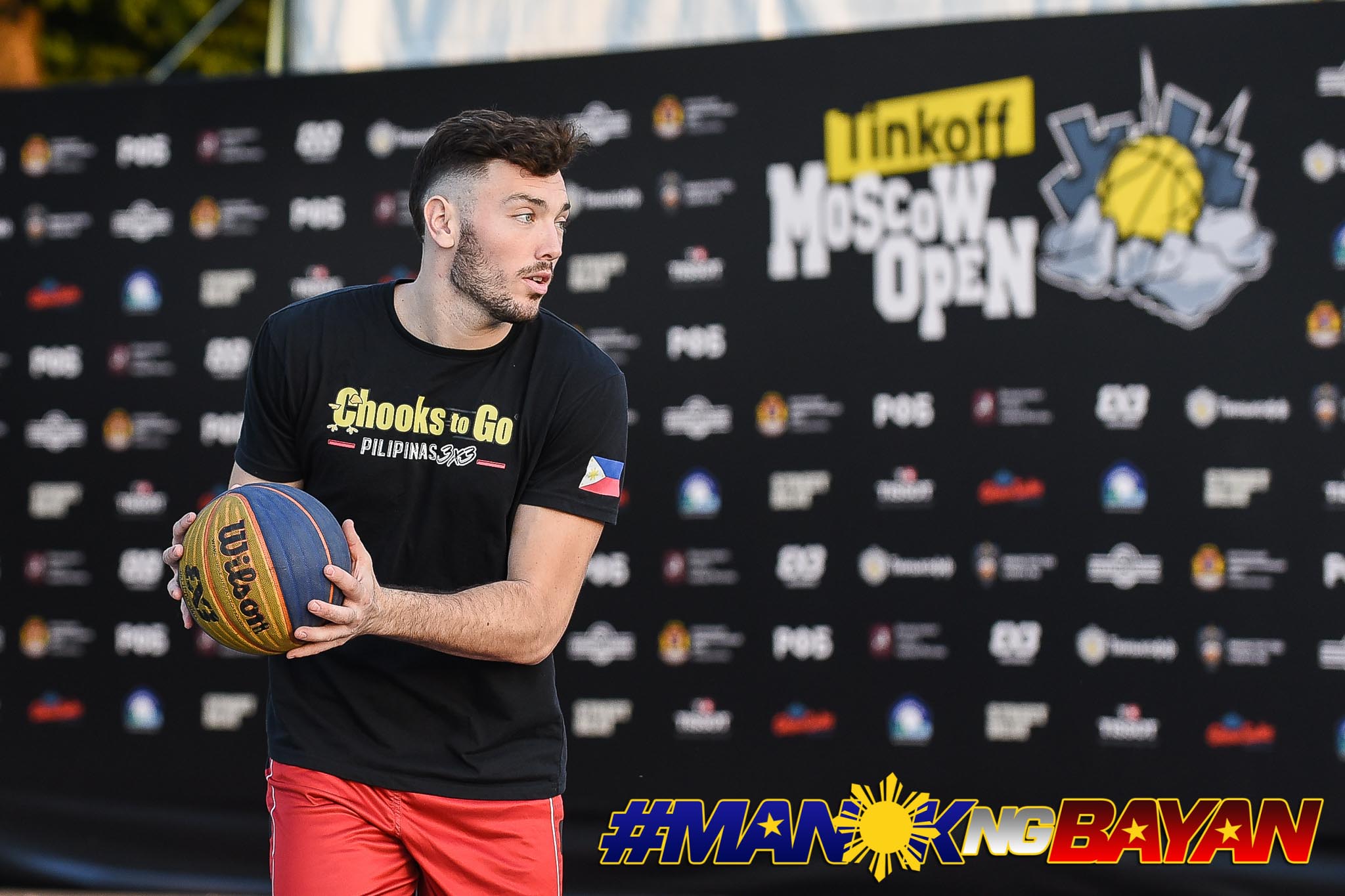 That’s is the goal for Pasig Chooks-to-Go’s Taylor Statham and his team entering the 2019 FIBA 3X3 Tinkoff Moscow Challenger.

Coming off a spectacular outing during the Doha Masters last April that saw Pasig topple then-world no. 1 Liman and host team Doha to top their pool, many expected Pasig to put up a brave stand in the Kunshan Challenger three weeks ago.

However, Pasig fell to 0-2, dropping out of the tournament in the pool stages. A foul-plagued game resulted in a 19-21 heartbreak at the hands of Sosnovy Bor. Already down, Liman was able to exact vengeance on them, 12-22.

“I think right now, especially for me, the China experience left a bitter taste in my mouth.

“It was already hard enough losing in the quarterfinals in Doha, and then to go to a Challenger… Our backs were kinda against the wall,” admitted Statham, the 91st best 3×3 player in the world.

“We had two guys who were injured, and they just got back in the rotation. We haven’t played together in two months. To go 0-2 was really disappointing,” he continued.

After experiencing multiple highs from February to April, their morale was certainly down after getting mauled in China. But for Statham, it is an experience that they needed so they could be humbled.

“I think it was just part of the game. Any time you go for new goals, there are new mountains to climb. You gotta go through the terrain, the valleys and all that. So we just have to grind it out,” Statham expressed.

“No matter what, I feel like every time we’re at a high point… Maybe it’s a humbling experience, but I feel like there’s always more adversity, more roadblocks, and we’ve been working really hard to go back to where we believe we are.

“So hopefully Moscow we can [see where we] really are in the world and where we think we are. We’ve just been hard at work,” he hopes.

In Moscow, Pasig will face Belgium’s Antwerp at 11:00 pm, before taking on a familiar foe in Riga Ghetto at 12:25 am. Only the top two teams will advance to the knockout playoffs.

This time around, Pasig is no longer intimidated by facing the world’s best, as they know that they belong in that category.

“When you talk about these tournaments, you see Nova Sad, Riga, I don’t think we’re very far off but I think they’ve been around a lot longer so they’ve had opportunities to prove it. We’re just a few minor adjustments from being up there with them.”