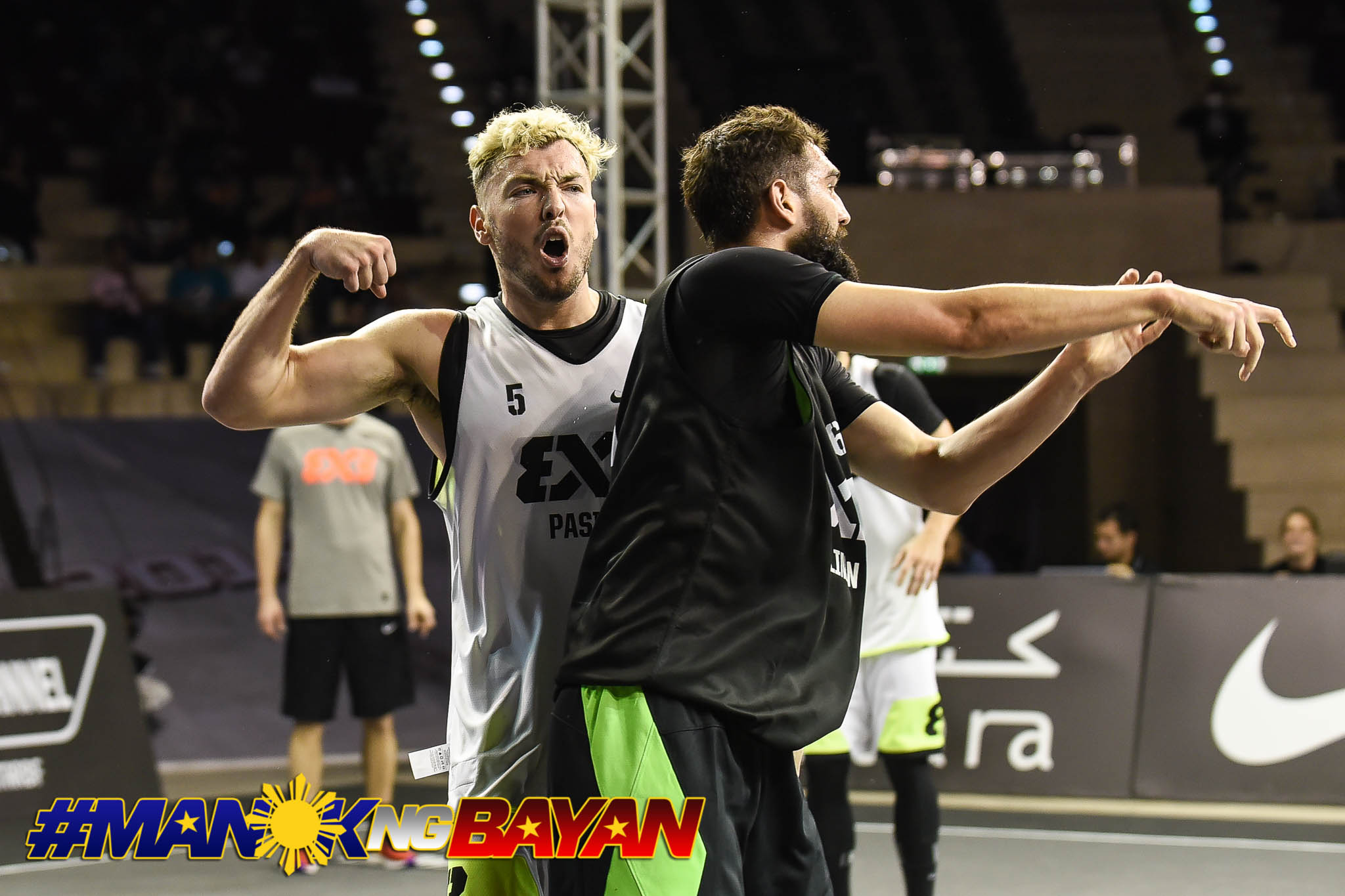 Taylor Statham scored a total of 18 points in Day 1

Pasig Chooks capped the sensational return of the Philippines in the FIBA 3X3 World Tour by completing a massive upset of world no. 1 Liman, 19-16, early Friday morning (Philippine time).

With the win, Pasig Chooks swept Pool A of the 2019 Doha Masters. The 2019 Chooks-to-Go Pilipinas President’s Cup champions blasted host Katara earlier in the day, 21-14.

Pasig will still have to wait for its opponents in the quarterfinals.

And it was Taylor Statham and Serbian import Nikola Pavlovic who dug deep against Liman.

With the game knotted at 14-all, Pavlovic, who played with Novi Sad AlWahda two years ago, knocked down a long deuce over the outstretched arms of Mihailo Vasic with 1:04 left for the go-ahead bucket.

Joshua Munzon followed it up with an acrobatic lay-in to give Pasig cushion.

Liman gained a new lease on life after Angelo Tsagarakis fouled Stefan Kojic that resulted to two free throws to cut the lead to just a solitary point.

With the Serbians breathing down their necks, Statham did not allow them to get any closer, scoring back-to-back baskets to lift Pasig to victory.

The 6-foot-6 Statham, who is the country’s no. 2 player, powered Pasig with nine points to jack up his total to 18 points for the day.

Though Liman does not have no. 2 player in the world Stefan Stojacic for the entire tournament, they still have no. 3 Aleksandar Ratkov, no. 4 Vasic, and no. 7 Kojic in their arsenal.

Liman also advanced to the next round with a 1-1 record. They romped Katara in the opening game of the day, 22-11.