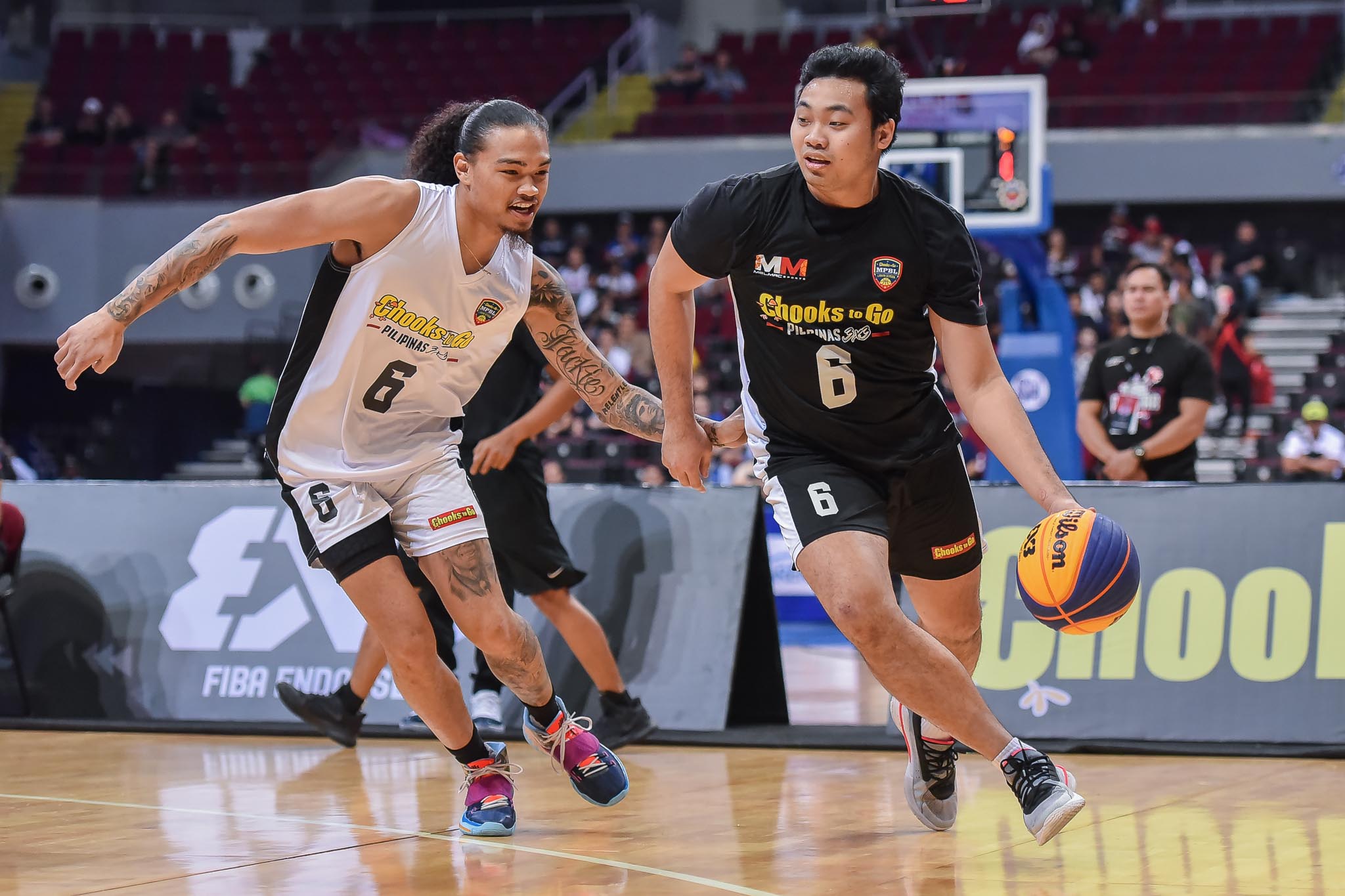 The top two 3×3 players in the country stole the show in the 2020 Chooks-to-Go/MPBL Lakan 3×3 Celebrity Game.

But Alvin Pasaol and Team Pacquiao came out on top, eking out a 21-15 (5:23) win over Team Paras, Thursday afternoon at the SM Mall of Asia Arena in Pasay City.

Pasaol of Team Pacquiao and Joshua Munzon of Team Paras both had eight points in the contest. And with the two 3×3 national team pool players slugging it out, the game was knotted at 14-all with seven minutes left.

That was when Thirdy Ravena of Team Pacquiao took matters into his own hands. The former Atenean star sparked a 7-1 run capped by a Ravena deuce with 5:23 left to seal the game.

Ravena had eight markers as well.

“Sobrang sarap to play 3×3 game again,” said Ravena, who is part of the 5-on-5 national team pool. “I haven’t played this game for a long time.”

Senator Manny Pacquiao and Kobe Paras were not able to join their respective squads as they are still recuperating from injuries.

With his squad down 17-19, the floor general of the Valenzuela Classic knocked down back-to-back deuces to stun the loaded South squad.

Besides bragging rights, the North won PHP 50,000 as well.

Rodel Vaygan of Mindoro and Nick Demusis of Bacoor paced the South with seven and six markers, respectively.

Gilas Pilipinas could not solve the very same puzzle it got riddled by 24 hours ago as it lost to Jordan-A in the knockout...