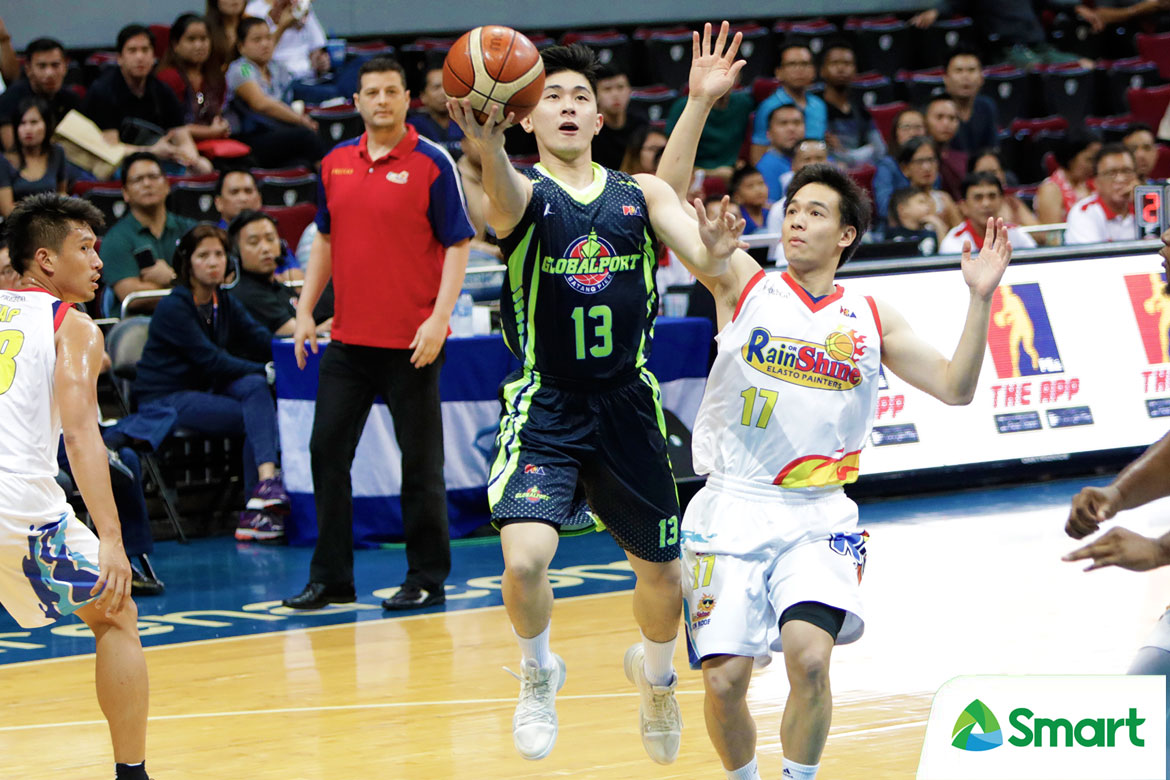 Pao Javelona was left downcast Thursday night, after his GlobalPort Batang Pier’s hopes of upending the top-seeded Rain or Shine Elasto Painters in the 2018 PBA Commissioner’s Cup quarterfinals got foiled.

The Batang Pier were highly expected to replicate what they did back in Tuesday, when they came back from as much as 16 points down late in the third quarter to blow the Elasto Painters’ win-once incentive, 114-113.

Unfortunately, the odds didn’t go in their favor on Thursday, as their fightback from an 11-point deficit with 1:39 left to play fell short. They lost, 97-103, and that spelled the end of their run in this year’s mid-season conference.

But as much as he’s hurt with the defeat, Javelona actually provided something positive for the Batang Pier.

The 6-foot guard got fielded in for over 23 minutes, and Javelona shot his way towards a career-best 18 points on an excellent 7-of-9 shooting from the field — 3-of-4 from beyond the arc — along with two rebounds and a steal.

But it turned out that it’s more than just stepping up for Javelona, who had only averaged 4.6 markers prior to Thursday.

With what he had displayed on Thursday, the 25-year-old hopes that he has earned the trust of head coach Pido Jarencio. Moreover, Javelona believes that this outing of his will be a huge confidence-booster in the 2018 Governor’s Cup.

READ  Quiñahan has no bad blood with Rain or Shine, focused on Globalport's campaign

“So, going to the next conference playing like this eh magandang baon ito.”

Topex Robinson lets Jaycee Marcelino, Pirates figure things out on their own