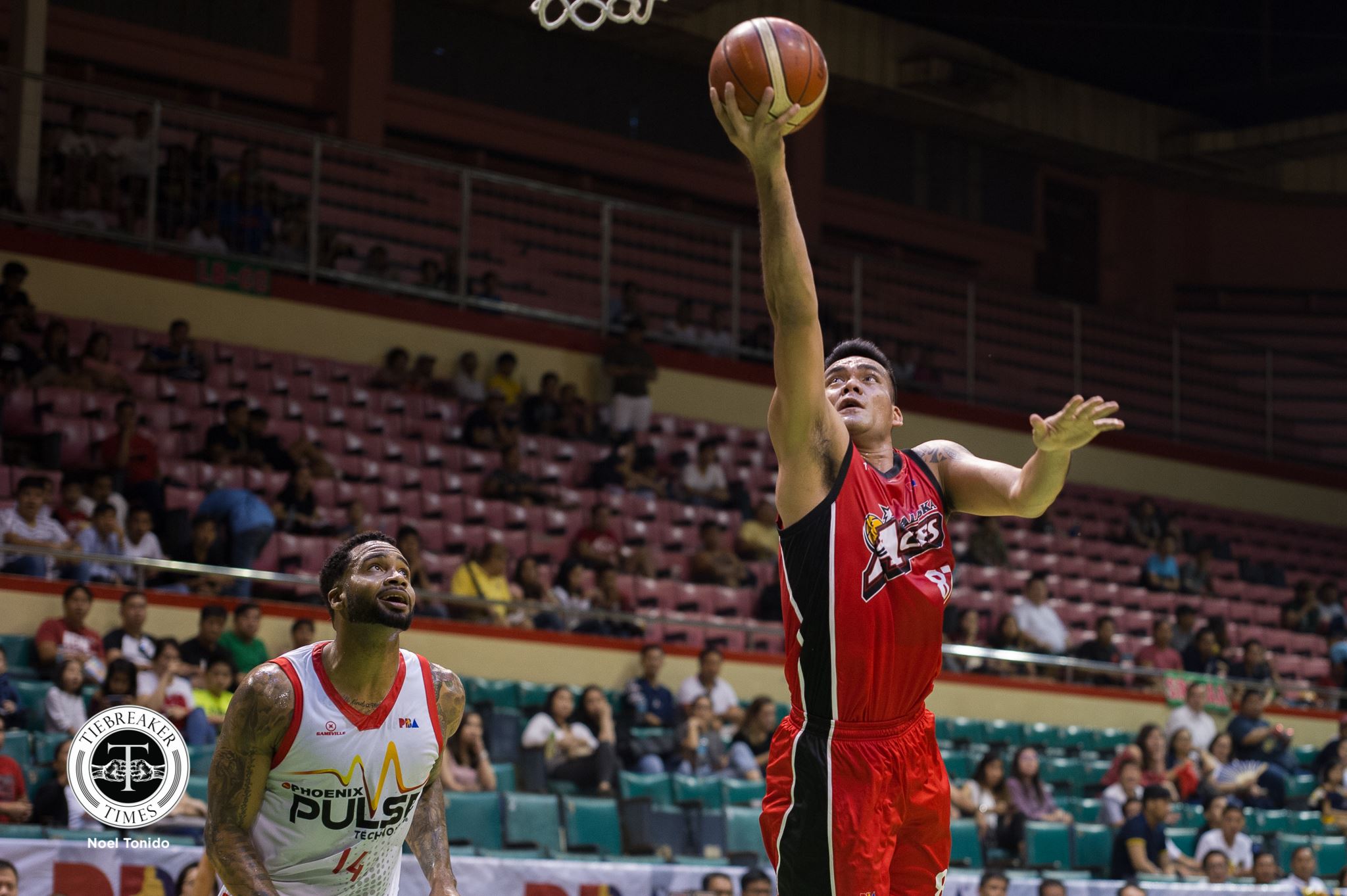 The Alaska Aces have clinched a win-once incentive for the 2018 Commissioner’s Cup quarterfinals by eliminating the Phoenix Fuel Masters, 114-91, Friday evening at the Cuneta Astrodome in Pasay City.

Alaska’s win has completed the quarterfinal picture as it helped the Barangay Ginebra San Miguel, GlobalPort Batang Pier, and the Magnolia Hotshots qualify. The only thing left to be determined are the teams’ seedings.

Vic Manuel has now scored 20-plus points for the 10th straight game as he led the Aces’ offense with 28 points on an excellent 72 percent shooting from the field. The 6-foot-4 power forward also hauled down nine rebounds.

“I think the guys really like him,” said Compton of Simpson. “He’s really a pro.”

Alaska began the mauling in the first half. From a slim 13-10 lead in the first quarter, the Aces pulled away with a 21-7 outburst to lead by 19, 34-17, early in the second frame — a lead which Phoenix found hard to demolish.

The Aces’ lead ballooned to as huge as 27, 108-81, after Simon Enciso’s wing three-pointer with less than three minutes remaining in the game.

Jeron Teng has finally returned to the Aces following the heinous brawl he figured in last June. The six-foot-two rookie saw action for over 18 minutes, and he finished with seven points, two rebounds, and two assists.

Eugene Phelps led Phoenix with 23 points and 10 rebounds in the loss. Matthew Wright — still fresh from his Gilas Pilipinas campaign — had 13 points, while LA Revilla and rookie Jason Perkins chipped in 10 markers apiece.

The quarterfinals will begin on July 9, Monday, at the SMART Araneta Coliseum.