The Bulldogs, however, needed to dig deep to outlast the Fighting Maroons, 3-2.

“Nakikita ko na UP came here to fight, so sabi ko, ‘You have to fight also if you want to win,‘” said NU head coach Jamie Llanes.

Thirdy Bacalso kept the undefeated streak of the Bulldogs to 50 straight ties as he dominated Michael Clemente in the deciding singles match, 21-16, 21-10.

NU needed to complete the comeback in the second doubles match as UP super senior Vinci Manuel and rookie Jason Vanzuela threatened to clinch the tie. Solomon Padiz Jr. and Keeyan Gabuelo had other plans, taking a three-set win, 21-16, 15-21, 21-17.

UP captain JM Bernardo steered his squad to a 2-1 lead after sweeping his outings. The fourth-year standout repeated over Keeyan Gabuelo in the first singles match, 13-21, 22-20, 21-16, before teaming up with Harvey Tungul in outlasting James Villarante and Julius Villabrille, 21-17, 13-21, 21-10.

“So happy ako nung nakita ko na they were fighting, they were shouting,” Llanes continued. 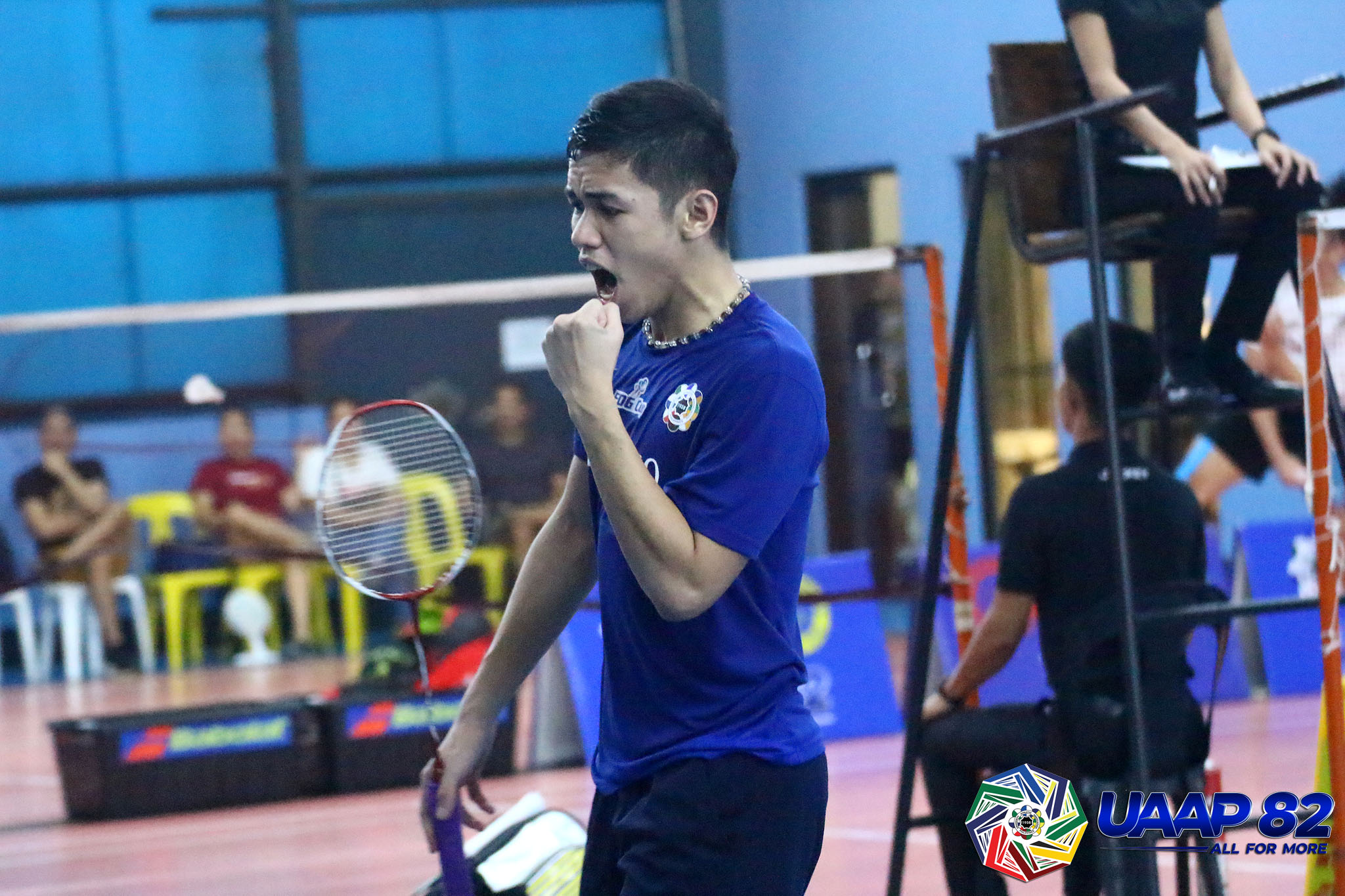 On the other court, rookie Arthur Salvado impressed in his first UAAP semifinals appearance, leading the Blue Eagles’ 3-1 win over the Green Shuttlers.

“As a rookie, I feel happy for the team that we got back,” said Salvado. “It was a struggle, but our hard work has paid off.”

Salvado and Keoni Asuncion closed the day with the win after out-hustling Andrew Pineda and Joshua Morada in the second doubles match, 19-21, 21-13, 21-16.

Mangubat and Christian Bernardo got one for the Green Shuttlers, 21-18, 15-21, 21-12, over Geno Cariño and Fides Bagasbas, in the first doubles rubber.

The best-of-three Finals between NU and Ateneo will start on Friday, October 4 at 8:00 am, still at Centro Atletico. UP and La Salle will have their one-tie playoff for third at the same time.