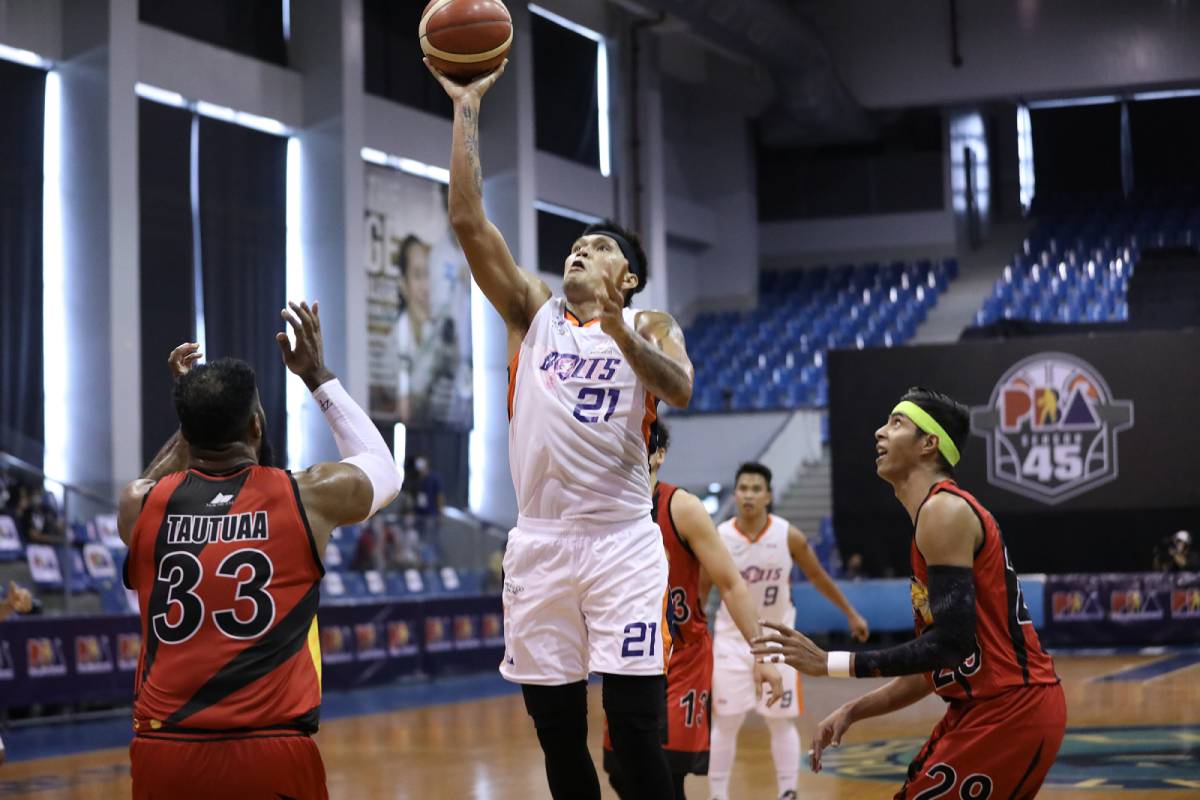 That has become a trend for the Bolts late in their elimination round campaign. And it was a concern for head coach Norman Black entering the playoffs, what with their twice-to-win situation.

“It’s something that we have to fix because you don’t want to get in the playoffs and all of a sudden have a big lead, and then lose that lead at the end of the game,” said the decorated mentor in an interview prior to the postseason.

“We have to become more consistent throughout the game. We have to try to get better every single game, and it has to start with our next game, because obviously if you lose your next game, you’re out already,” he furthered.

Fortunately for him, though, his chargers didn’t let up. Shortly after Paul Zamar’s back-to-back hits that made 67-71, Reynel Hugnatan and Aaron Black stepped up. The two joined hands for five straight points to widen the gap to nine.

Eventually, the Bolts came out with the 78-71 triumph, erasing the Beermen’s twice-to-beat advantage. And more importantly, they are just one win away from ending the longest Philippine Cup dynasty.

Black couldn’t ask for more despite another near-meltdown. For him, the victory matters more, so he’s proud of the composure his Orangemen displayed against the reigning, five-time champs.

“I don’t think we could ever get a scary win against San Miguel. We never go into a San Miguel game as a favorite. They have a history of winning, and they’ve been winning the All-Filipino. So we had to struggle tonight to get this win obviously, but that’s because they’re a good team,” he said moments after the match at the SMART 5G-powered AUF Sports and Cultural Center.

“And I’m just happy that my players, they stood firm at the end, they made some crucial shots at the end. That’s really all it takes to advance. You really have to come up big when it’s playoff time,” he added.

Despite his relief, Black refuses to get too caught up in the win. He knows the character of the team they’re up against, so he expects another tough battle in the do-or-die come Sunday.

“One thing you have to respect with San Miguel is that they’ve been so great for so long. They’re very experienced. They are missing some key players right now, but they still have key players out there on the court,” he said.

“You can’t really let your guard down when you’re playing them, even if they have a few injuries. You have to go out and play hard every minute that you’re on the court,” he added. “You really have to play hard for 48 minutes.”