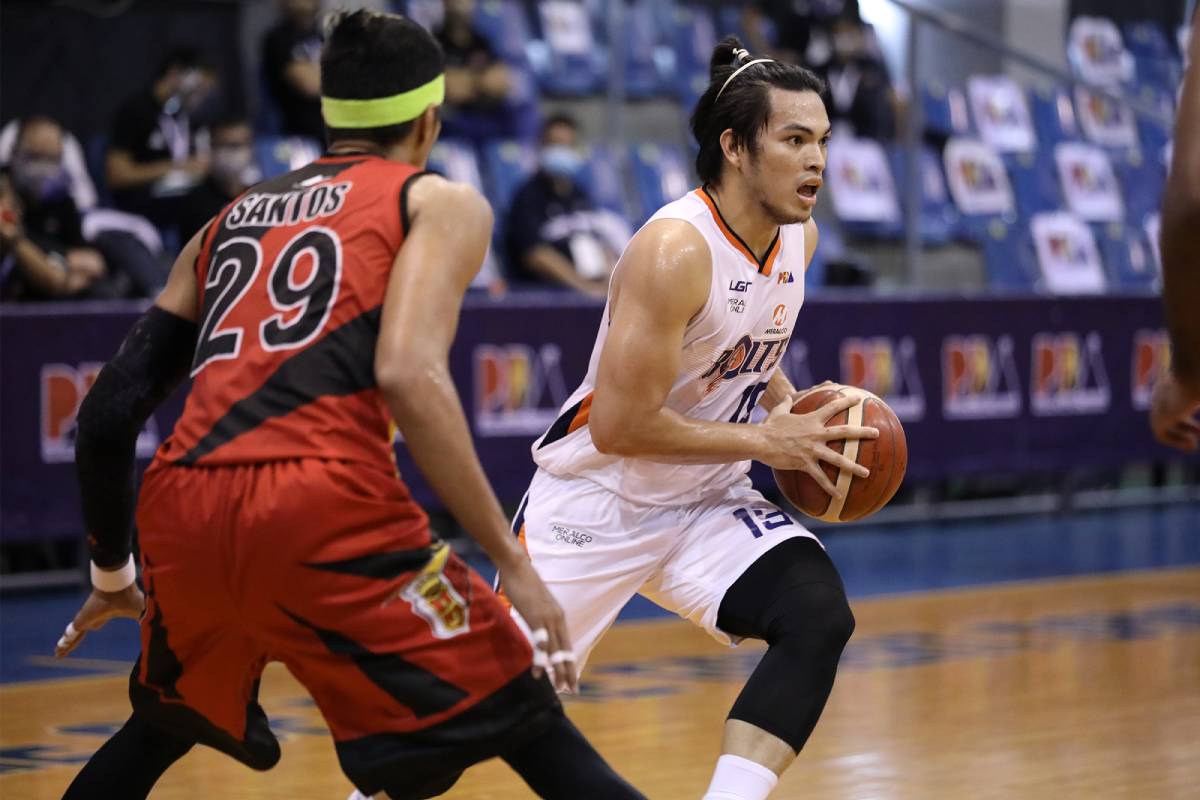 SMART CLARK GIGA CITY – Meralco moved just one win away from taking down a dynasty as it stunned San Miguel, 78-71 in the 2020 PBA Philippine Cup quarterfinals, Friday at the AUF Sports and Cultural Center.

Veteran Reynel Hugnatan and rookie Aaron Black connived in the endgame to help the Bolts stave off the reigning, five-time champions as they look to make their first all-Filipino playoff appearance in five years even more special.

Hugnatan led all scorers with 16 points on a 40-percent clip on top of seven rebounds, two assists, and two steals, while Black supplied 14 markers — 11 of which was in the fourth quarter alone — off the bench.

“Well, my birthday was yesterday but I’ll take these gifts, even if it’s a day late,” said head coach Norman Black, who turned 63 on Thursday. “We really needed this win to put a little bit of pressure on San Miguel.”

The Bolts seized control of the match right from the get-go thanks to their 15-4 start, but the Beermen kept themselves in the game and eventually knocked to within just four, 71-67, behind Paul Zamar with 4:50 remaining.

That’s when Hugnatan displayed his leadership, coolly drilling a jumper with 2:39 to go before Black splashed a booming trifecta with less than two minutes to play to widen their lead to nine, 76-67.

Arwind Santos cut the deficit following a jumper of his moments later but Meralco milked the clock to preserve the lead, and Baser Amer would sink a floater with 15.6 ticks left to play for the final blow to send SMB to the mat.

#ReadMore  Jackson Corpuz honored to be under Marc Pingris' wing

“We had to struggle tonight to get this win obviously, but that’s because they’re a good team. And I’m just happy that my players–they stood firm at the end, they made some crucial shots at the end,” Black said.

Amr contributed 12 points spiked by three triples as he was responsible for Meralco’s solid start. Chris Newsome made 11 points and nine assists as Bong Quinto flirted with a double-double with nine markers and 11 rebounds.

“Our guys played with a lot of heart tonight, they really played hard,” lauded Black. “We didn’t shoot the ball extremely well tonight. We shot the ball poorly, but at the same time our defense held up.”

The Bolts, however, have their fingers crossed that Raymond Almazan is alright. The 6-foot-8 center hurt his left knee following a collision with Von Pessumal at the 2:10-mark of the first. He never returned since.

Mo Tautuaa, who was averaging close to 19 points prior to the postseason, only had 14 points and 11 rebounds to lead San Miguel, who played with Alex Cabagnot reduced to a spectator due to a strained hamstring.