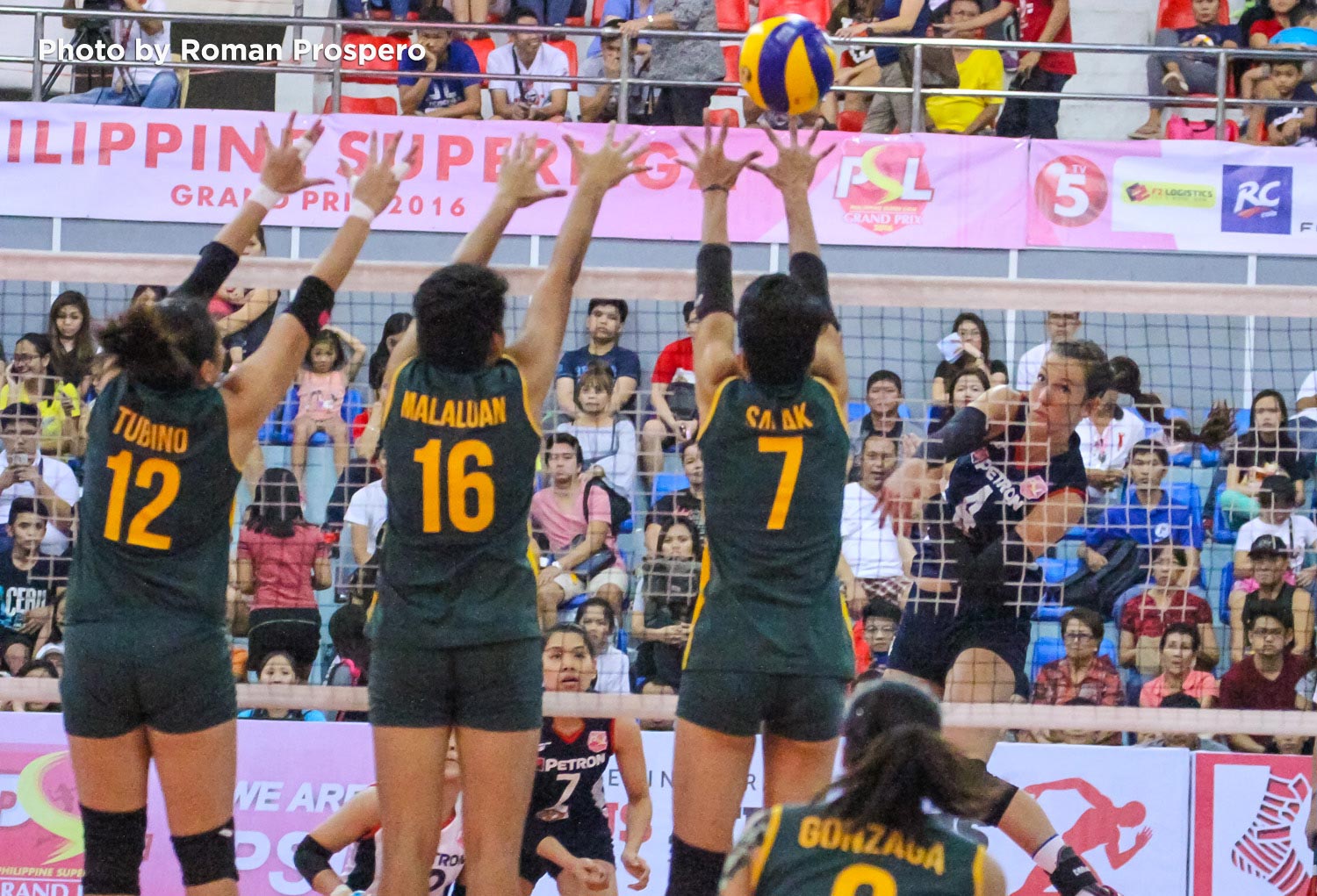 Stephanie Niemer once again flashed another strong outing after dropping 13 attacks and 7 service aces in the Petron Tri-Activ Spikers’ straight set win over the RC Cola Army Lady Troopers 25-13, 25-18, 25-16, in the 2016 Superliga (PSL) Grand Prix last Saturday at the Malolos Sports and Convention Center in Bulacan.

Aside from Niemer, Serena Warner chipped in four attacks and two kill blocks while Aiza Pontillas had six points.

This win strengthened Petron’s hold of the second spot with a 6-1 record in the standings while RC Cola is currently at fourth place with a 2-4 card.