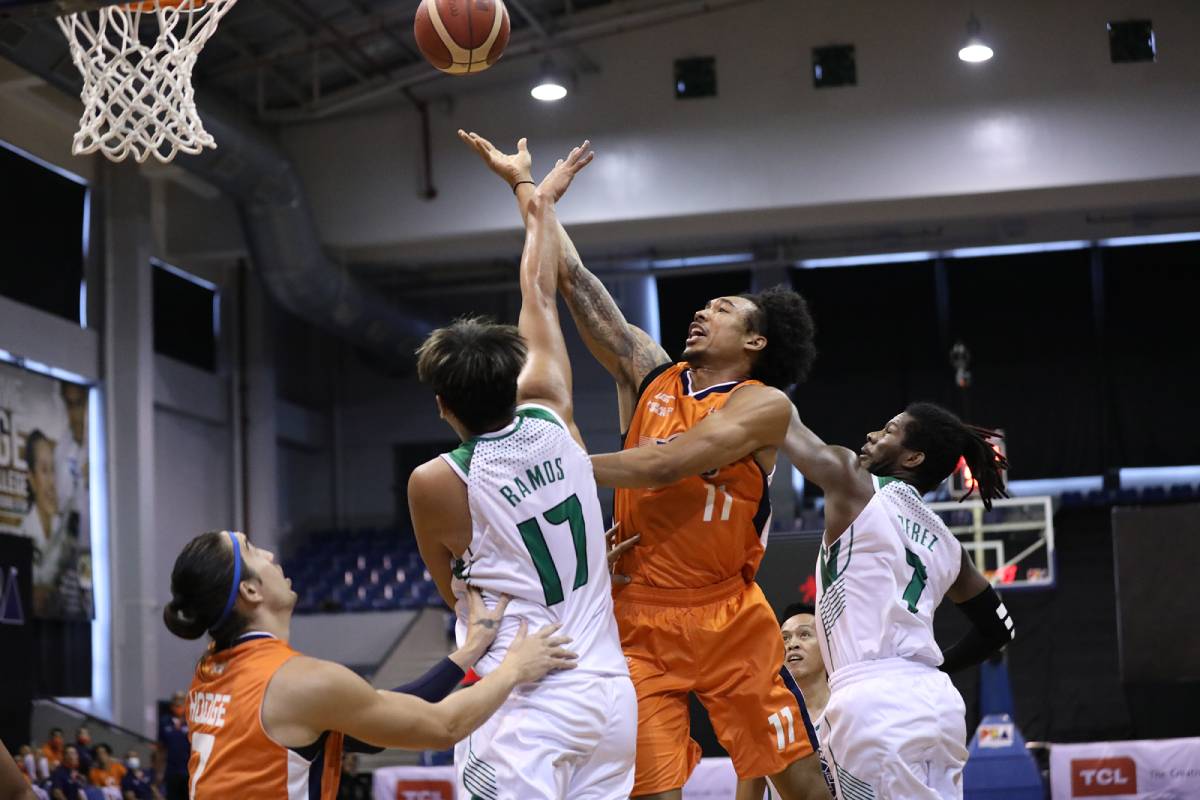 The 6-foot-4 guard put on another heroic act and drilled a tough fadeaway jumper from the baseline at the buzzer to save the Bolts, who lost hold of a 20-point lead after the also-ran Dyip picked up steam in the fourth quarter.

Newsome finished with 12 points, five rebounds, and three assists as Meralco moved on the cusp of reaching the All-Filipino quarters after five long years, or since the first conference of head coach Norman Black at the helm.

“And fortunately for us, he was able to make that big shot on the baseline to win that game for us,” he added as Newsome made the tough shot all over the defense of Terrafirma main man CJ Perez.

That the game-winning shot went in front of him is surely painful for Perez, who was the catalyst of that big Dyip comeback that saw him and Juami Tiongson nail back-to-back threes to tie things up at 93 with 58 seconds left.

Perez and Tiongson carried the fight for Terrafirma with 21 points apiece, with the former adding eight rebounds and seven assists to his name in the stinging defeat that dropped their card to 1-8.

“First of all big-time respect to the Columbian team with the way they played tonight. I know that they’ve been struggling this conference but they didn’t give up,” Black said.

“They made things difficult for us down the stretch, and you have respect for that because they could have easily given up in the game but they didn’t. They wanted to win. That’s what the PBA is all about.”

Aside from Newsome, five other Orangemen delivered in the victory that hiked their card to 6-4. Raymond Almazan made 15 points and 10 rebounds, while Bong Quinto provided 14 points and eight boards.

Allein Maliksi and Aaron Black each produced 11 points while seldom-used Bryan Faundo stepped in the absence of the injured Reynel Hugnatan as he finished with 10 markers and seven caroms in over 18 minutes.

“We missed his absence today. Luckily for us, Bryan Faundo stepped up and played a great first half for us and scored 10 points. He led us in scoring in the first half,” Black lauded of the 36-year-old.

Meralco will look to conclude its elimination round campaign on a high when it takes on the already-eliminated NorthPort on Wednesday, Nov. 11, while Terrafirma battles Ginebra tomorrow, Monday, Nov. 9.