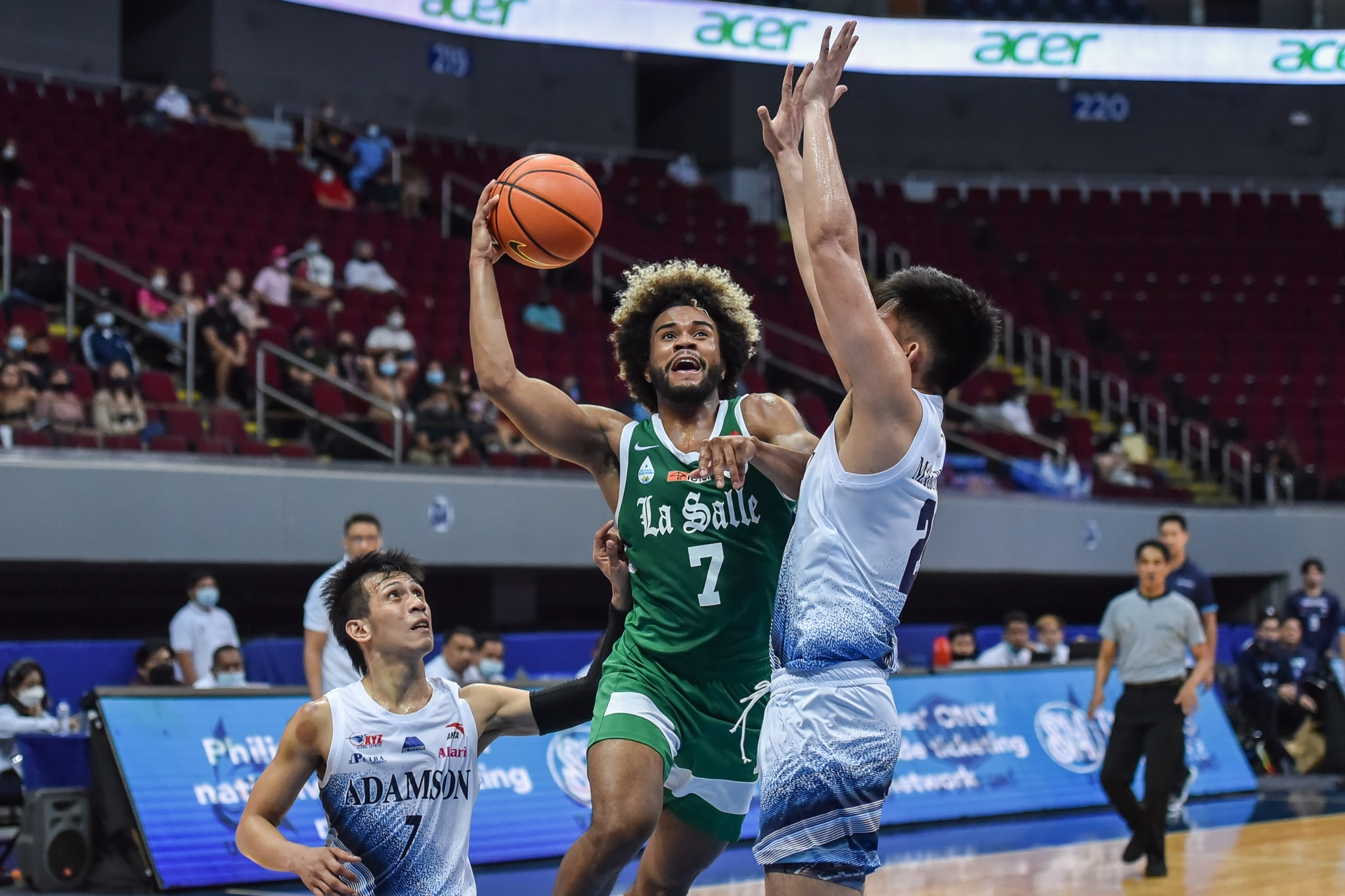 After a long wait, De La Salle University has finally ended a five-year playoff drought thanks to its 64-51 win over Adamson University on Thursday afternoon.

The Green Archers secured the third seed in the playoffs after improving to an 8-5 record heading to the final game of the eliminations in Season 84.

After nabbing the breakthrough win, DLSU head coach Derrick Pumaren hopes that his players will not get too ahead of themselves after successfully booking their ticket to the postseason. 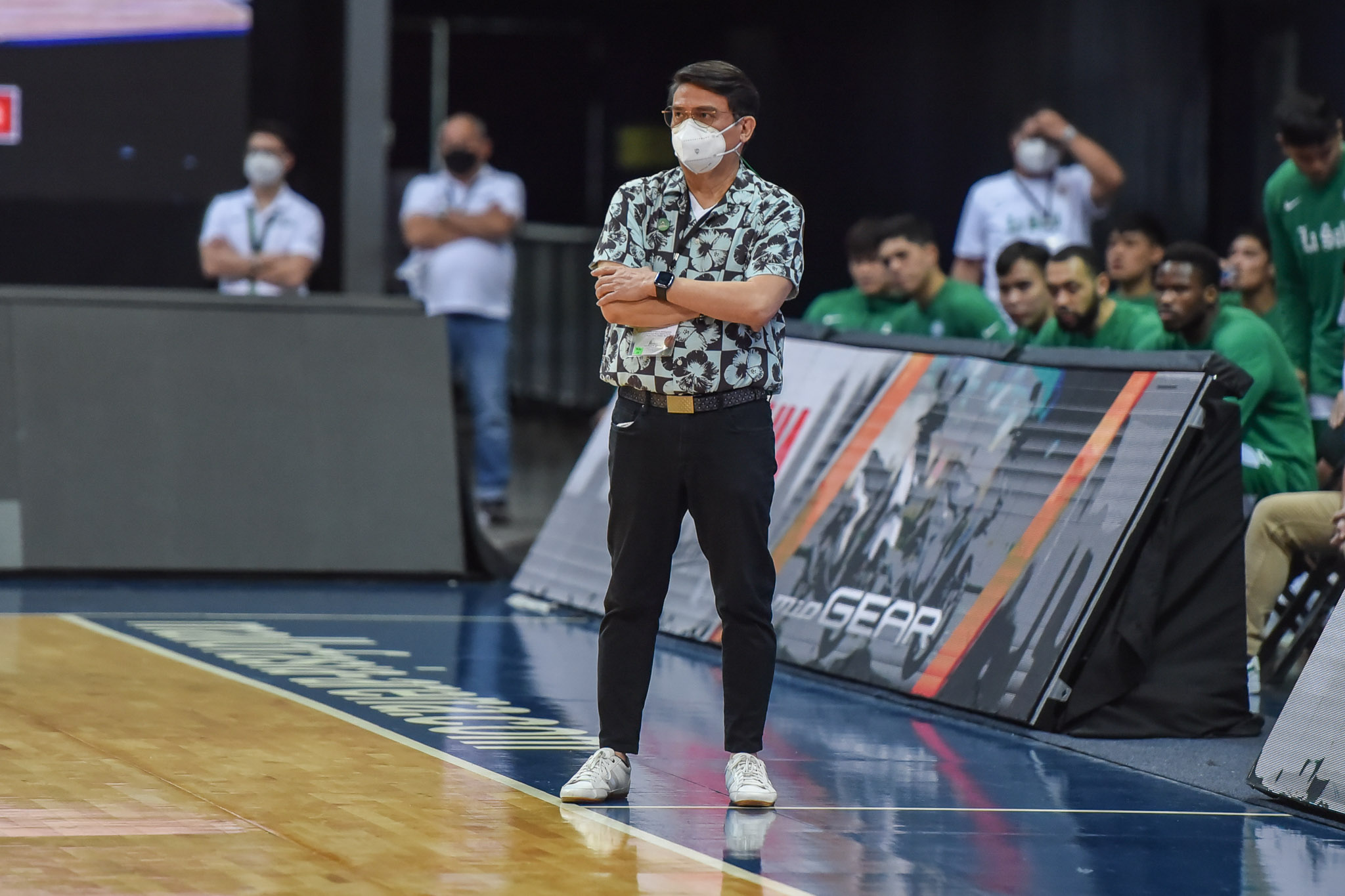 “We’re just gonna take the game, one game at a time. It’s not over yet. Hopefully, we’re not going to be too happy about making it to the Final Four,” the decorated mentor said.

“We don’t wanna stop here. We just want to go on and try to do good, to do well in the playoffs.”

The Green Archers found themselves in a nip-and-tuck affair for the first three quarters of the game against the Soaring Falcons. They managed to create separation in the final fram,e as both Schonny Winston and Evan Nelle made key plays for DLSU down the stretch.

It wasn’t just on offense where they had to carry the load; they also needed to work twice as hard on defense to contain the opposing team’s lead guard in Jerom Lastimosa. They succeeded in limiting the Adamson senior.

Lastimosa saw himself held to only 11 points on 1-of-7 shooting from the field, alongside four turnovers in the game.

Nelle admitted that Lastimosa was a marked man for the Green Archers. He then credited their head coach for preparing them well for this match-up. 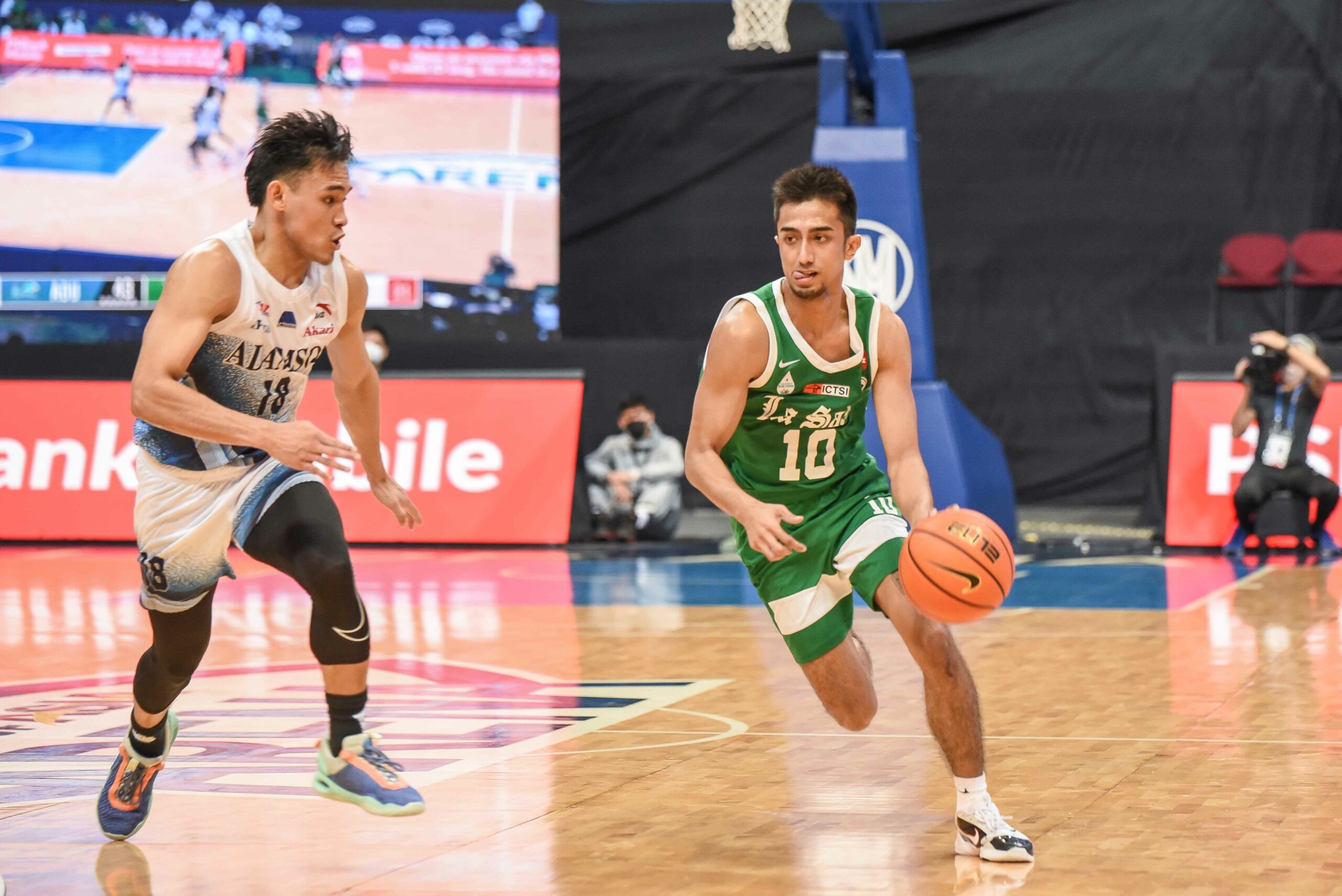 “Hats off to Jerom [Lastimosa], he’s a really good player.

“Sobrang pinaghandaan namin siya – our whole defense is focused on him, and I think we gave him a hard time. We were taking turns on him so he’ll get tired, so we’re like game planning. Hats off to coach – he went there and made us ready for him,” the 22-year old transferee claimed.

In the end, both players were just glad to finally get the monkey off their backs by clinching a Final Four seat after failing to do so in their last two games. Still, they insisted that they have more work to do now with them officially in the playoff picture.

“I’m happy about the win, but this is the beginning,” Winston said. “This is basically the first round of the playoffs to get us in the playoffs but it’s a small celebration. It’s a small step toward the direction we wanted to go as a team. This is just the beginning and we have more to accomplish as a team.”

“Same as he said, we’re happy that we made it to the Final Four but job’s not done,” Nelle added.