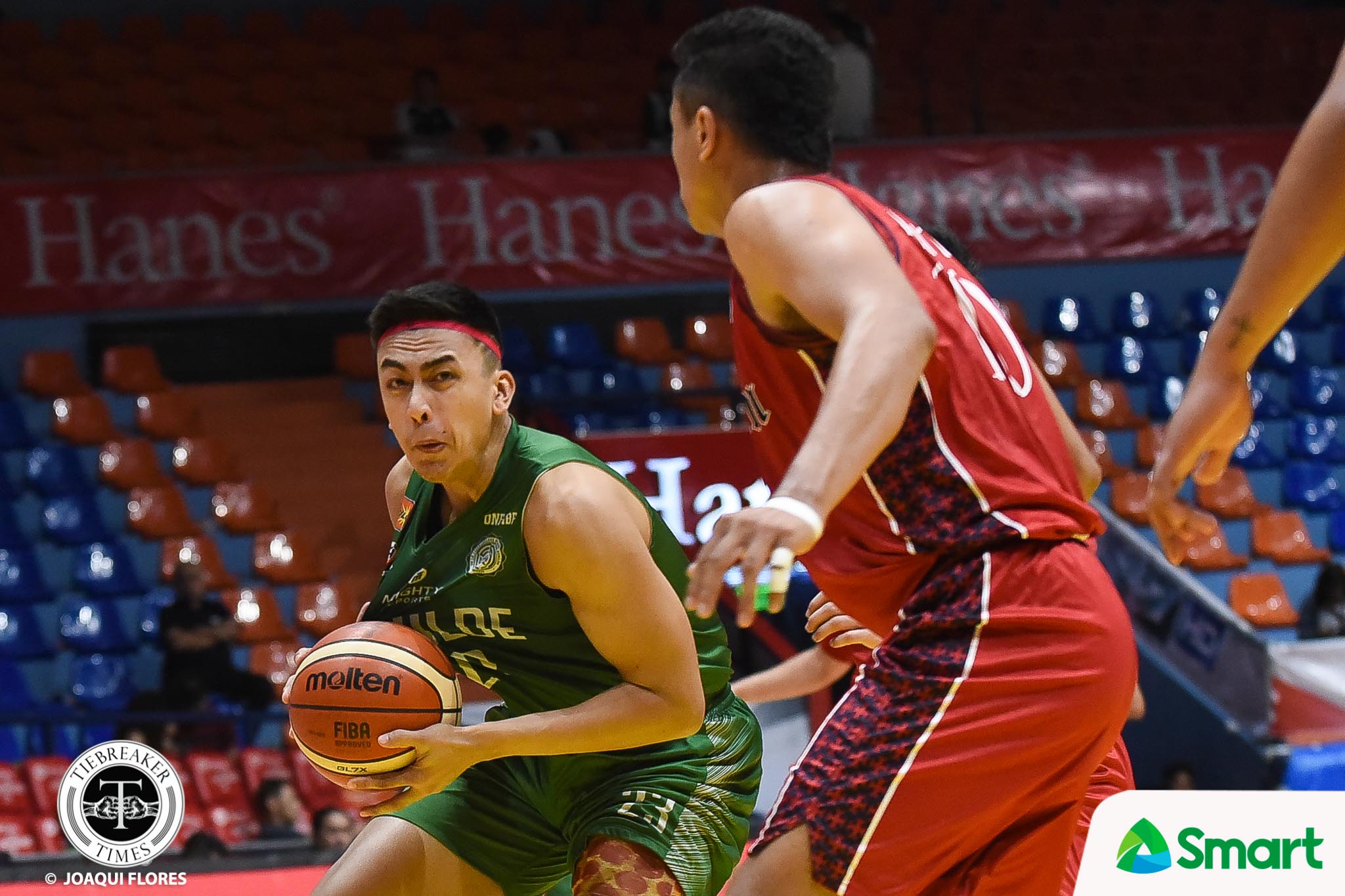 Wanting to end their season with a winning record, the College of Saint Benilde Blazers took advantage of a lackadaisical Colegio de San Juan de Letran Knights squad, taking a triumph to close out their campaign, Tuesday afternoon at the Filoil Flying V Centre.

The Blazers end their campaign in fifth place with a 10-8 slate – one full game behind the Perpetual Altas. However, their fate is still currently being decided, as the NCAA’s Management Committee is still discussing the case of four Altas’ eligibility as of publishing.

But for second-year Blazers head coach TY Tang, he is just glad to end with a winning record. More importantly, they added six more wins this year from last season.

“As I’ve said last game, we wanted to end with a strong season-ender for us. It’s been a long time since we ended with a winning record,” Tang expressed. “We still have a lot to work on in preparation for next season.”

“Sa ngayon, I don’t know what happened sa Man Com. Come what may, it’s still a great season for us. Some disappointments here and there but it’s a good painful experience for us,” added Tang.

Behind Clement Leutcheu, the Blazers ran past the sluggish Knights to pick up a lead that went to as high as 16 points in the first half. Leutcheu scored 15 of his 19 points in the same period.

The Knights could not break the 10-point barrier in the second half, as timely triples by Carlo Young broke every rally Letran attempted.

Things got heated with Bong Quinto and Justin Gutang with 3:55 left, as the two were slapped with technical fouls. It was Quinto’s fourth foul and Gutang’s fifth.

The Knights, who will face the Lyceum Pirates with a twice-to-beat disadvantage on Friday, end their elimination round campaign with a 13-5 slate.