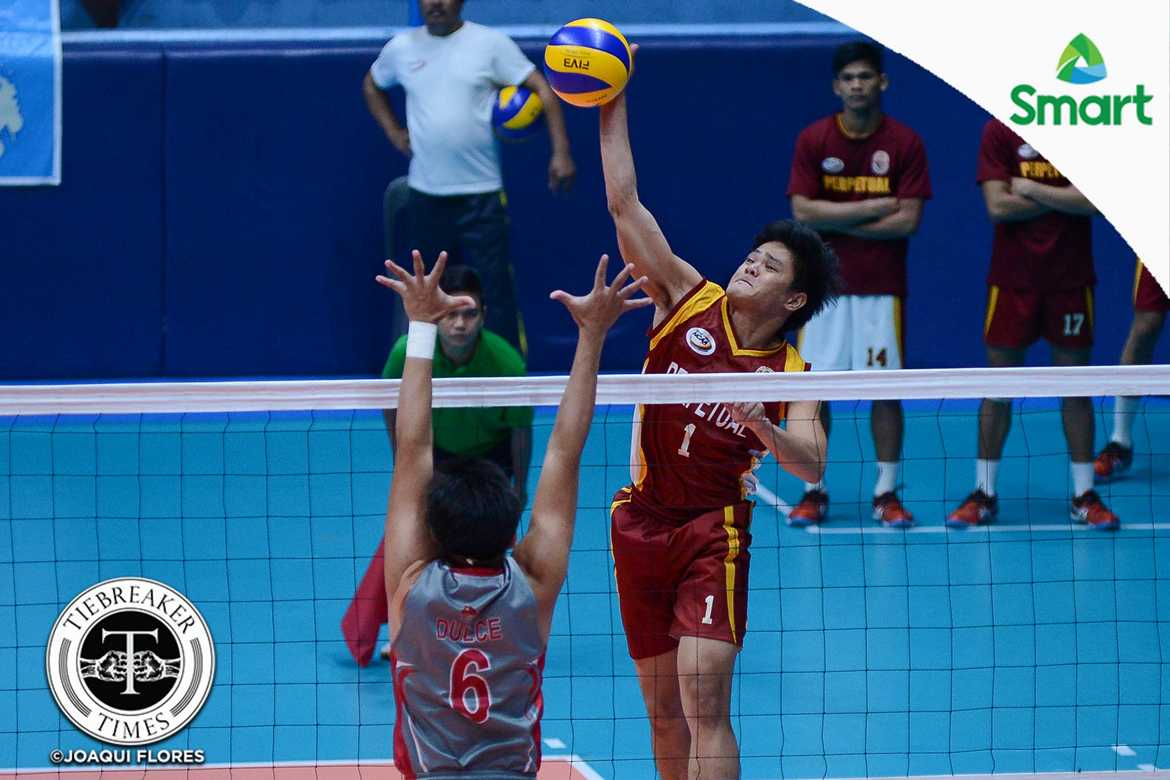 Champions play their best when the face of adversity

The first two sets were forgettable for the losing sides, as their opponents capitalized on their shortcomings.

Perpetual took the opening frame as Lyceum succumbed to faulty reception. In the second set, the Pirates played better in transition, frustrating the Altas in the process.

Nonetheless, both teams regrouped in the third set, doing better both on the defense and offense, to the delight of the crowd in attendance.

Feeding of the audience’s energy and their momentum from the second set, the Pirates slowly built sizable leads, with outside hitter Jhonel Badua firing from all fronts. The Altas tried to crawl back, but errors did them in and Lyceum took the 2-1 lead.

What the newly-installed men’s national team mentor said must have lit a fire in the hearts of the maroon-shirts.

Slowly, Perpetual showed their improved focus and teamwork in the fourth set. Taneo Jr. provided the needed spark with his timely hits and that solitary block to keep the reigning kings in the match.

The outside hitter shared that before the pivotal fourth frame, he had just thought of winning this game.

The last season’s most efficient spiker was just happy that his brother, setter Relan Taneo, and middle hitter Johnjohn Narvasa, had taken his cue and consequently help the Altas to force a deciding set.

From there, the boys from the South simply took over and played inspired volleyball to steal the win and send the Pirates out of the Final Four picture.

Relan Taneo had a monster game with 61 excellent sets, while libero Jack Kalingking was a huge defensive gem with 14 digs and 42 excellent receptions for the Altas.

Badua’s breakout game of 24 points was not enough to keep the Intramuros squad in the fight.

The win boosted the defending titlist’s chances (at 6-1) of clinching a semis slot as they face the also-ran JRU Heavy Bombers on Friday, January 20. Meanwhile, the Pirates (3-4) will try to spoil the Arellano University Chiefs’ (6-2) run when they lock arms on Wednesday, January 18.