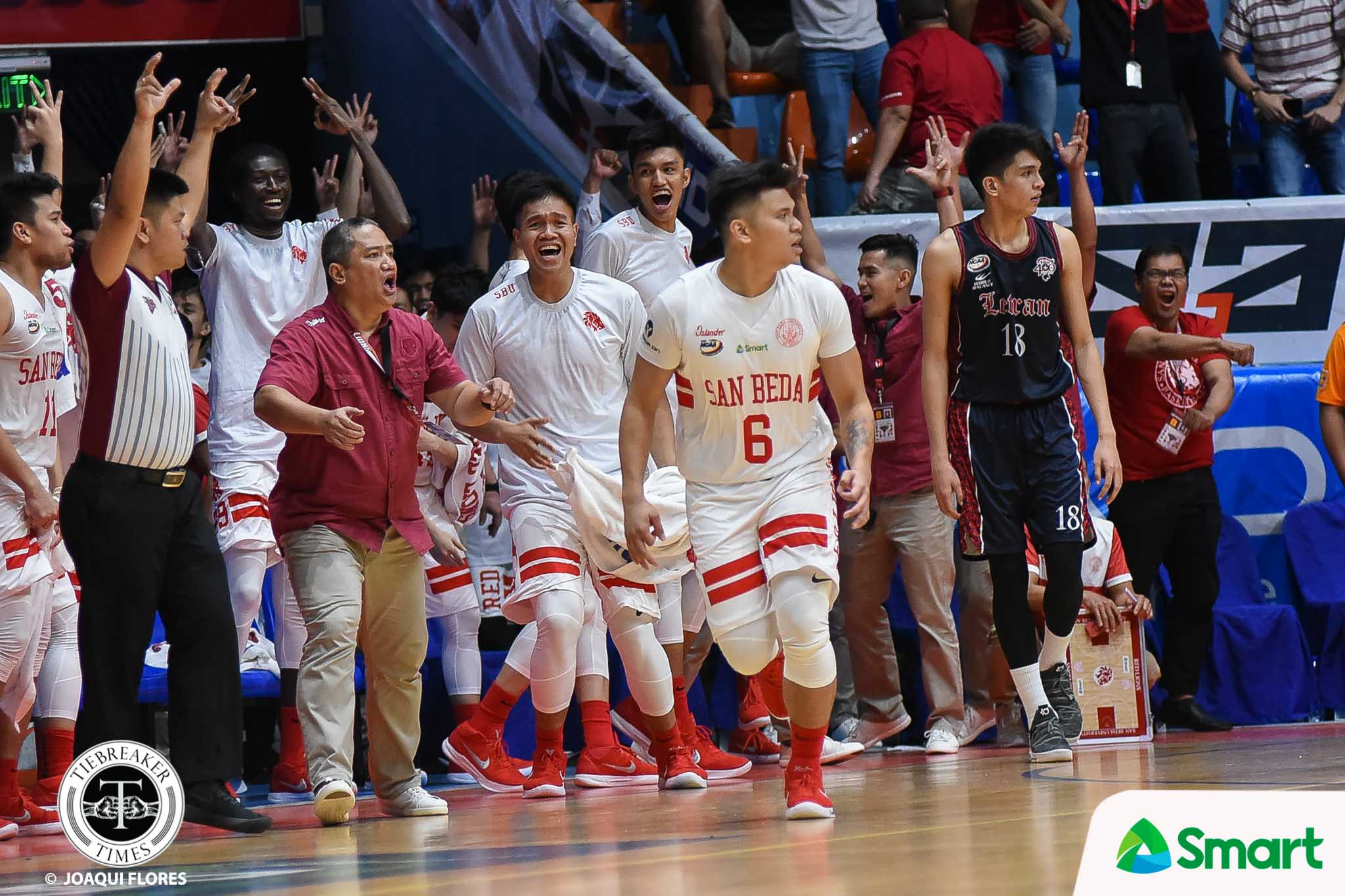 Though just a minor quirk, NCAA Season 95 host Arellano University will break a long tradition in the Grand Old League on opening day of the Seniors Basketball Tournament.

Instead of having the host school take on the defending champion to open the season, the second and third-ranked squads will serve as the curtain-raiser on Sunday, July 7 at the SM Mall of Asia Arena.

Serving as the main event of the day is the game pitting champions San Beda Red Lions facing hosts Arellano Chiefs at 4:00 pm.

Another change in the schedule is that Tuesday and Friday games from July 9 to August 6 will be triple-headers with seniors games starting at 12:00 nn.

The NCAA on Tour will also return this season.

EAC will host San Beda on July 18, Mapua will host CSB on July 25, JRU will host EAC on August 1, and Perpetual will host Lyceum on August 8.

Finally, one of the biggest rivalries in collegiate sports will finally have an apt venue as the first round encounter between San Beda and the Letran Knights will be held at the SM Mall of Asia Arena on August 10.

Serving as the prelude to the San Beda-Letran tilt will be Mapua squaring off against Arellano.

Closing out the first round is the finals rematch pitting San Beda and Lyceum. The game will take place on Tuesday, August 20 at the Filoil Flying V Centre.

Here is the complete first round schedule of the NCAA Season 95 Seniors Basketball Tournament: 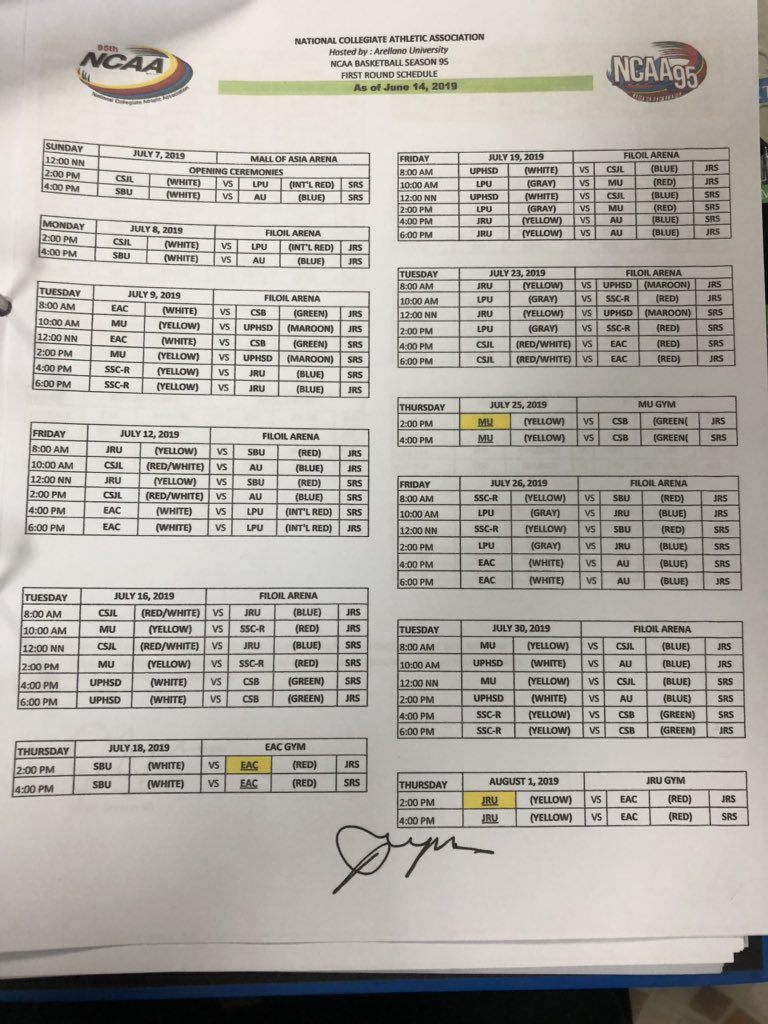 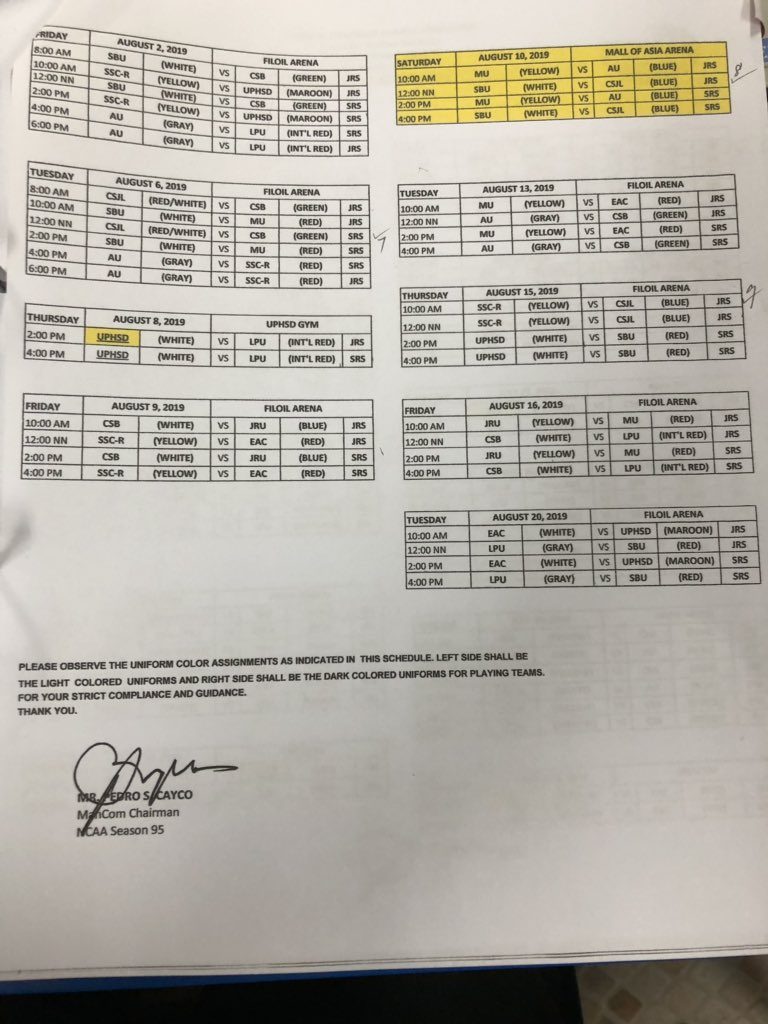