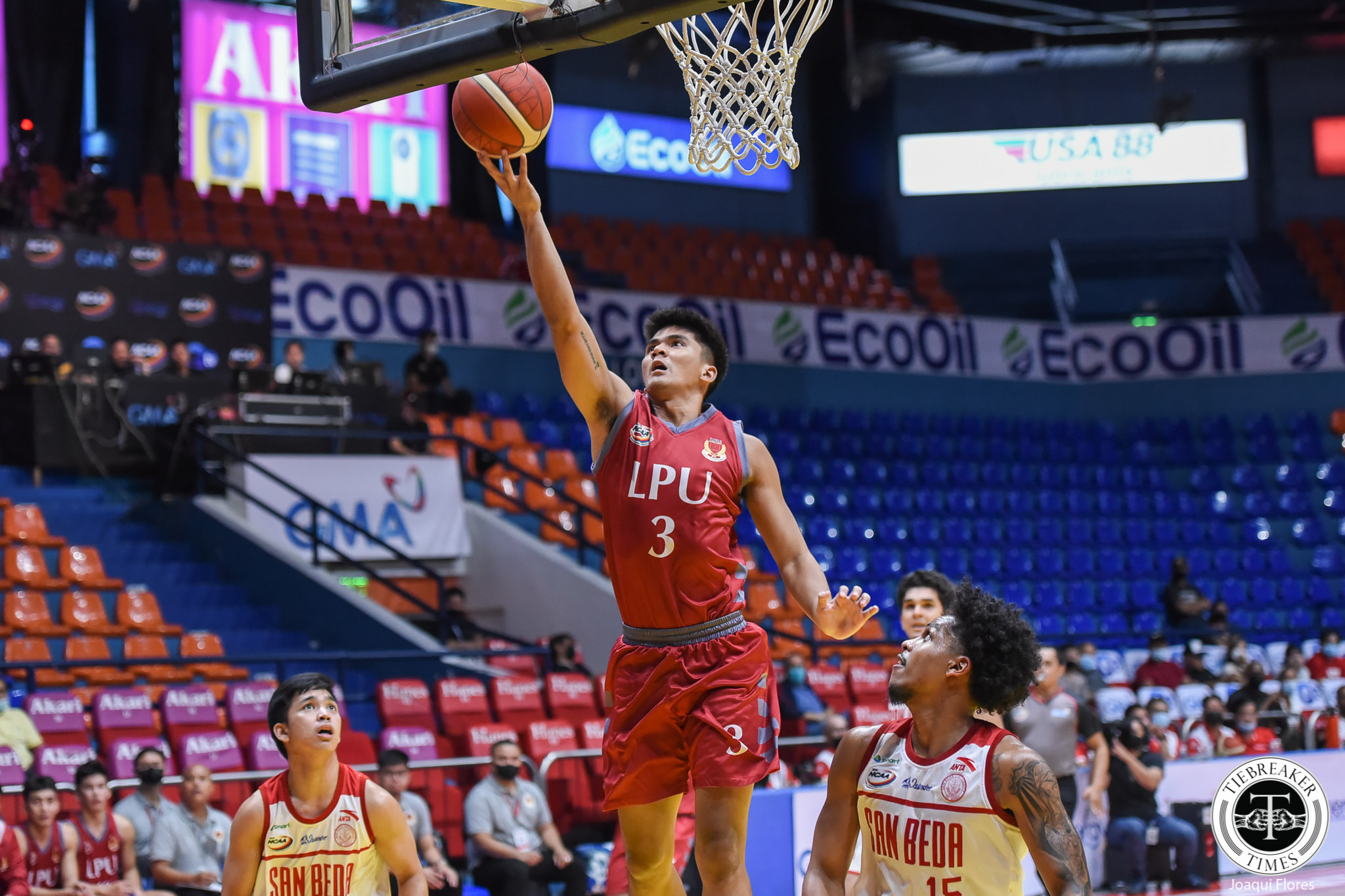 Lyceum of the Philippines University escaped University of Perpetual Help System DALTA in an endgame thriller, getting an 86-82 victory in the NCAA Season 98 Seniors Basketball Tournament on Saturday at the FilOil EcOil Centre in San Juan City.

Lyceum though answered with a booming 12-3 run capped by an Omar Larupay three-point play, 80-70, right at the midway point of the fourth.

The Altas did not give up, though, and slowly but surely clawed back to the game. They eventually found themselves down by two, 82-84, after Art Roque’s two freebies.

With 12.9 seconds remaining, Mark Omega then fouled Barba, who split his free throws, 85-82.

Coming off a timeout, Perpetual was able to follow the play drawn for a Jielo Razon corner triple. Unfortunately for them, Razon air-balled the shot, closing the doors for an overtime possibility.

“I would like to give credit to my players. You know, as I’ve said, we have to bounce back stronger and they did naman this game,” said Lyceum head coach Gilbert Malabanan.

The Pirates (8-5) got a little breathing room at the four spot, now two games above Jose Rizal University (6-5)

Renzo Navarro and Mclaude Guadana both scored 14 markers. The former added seven dimes and three boards, while the latter had three rebounds and two assists.

#ReadMore  Castro shows other facet in TNT's Game One win

The Altas’ struggle continues, dropping down to 5-8.

Lyceum will look to sweep San Beda University in the eliminations on Wednesday at 3:00 PM. On the other hand, Perpetual will try to bounce back against Emilio Aguinaldo College at 12:00 NN on Tuesday.