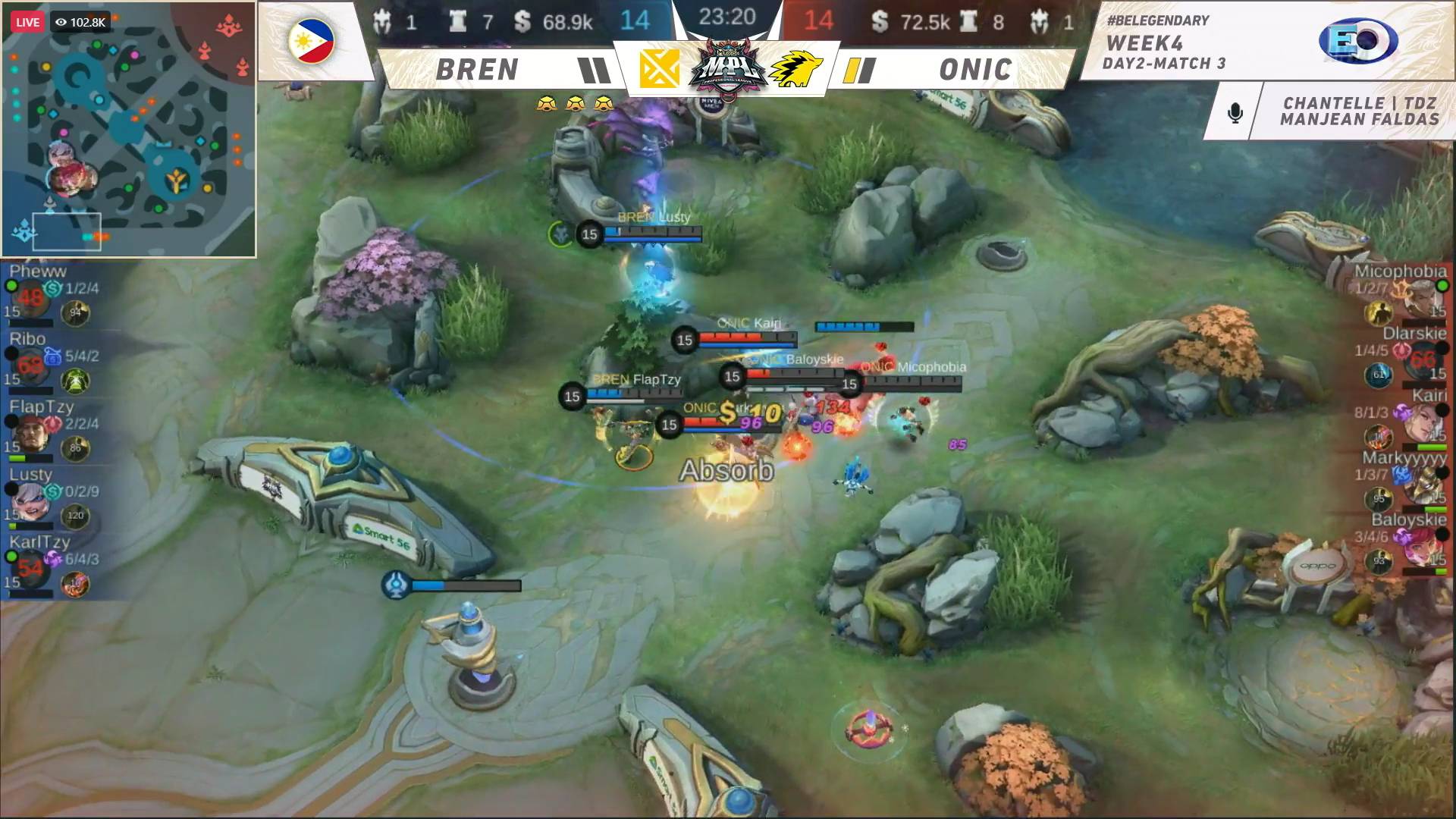 The two-time MPL second placer bounced back from its tough losses against RSG PH and Blacklist International, respectively, to keep the second spot in the standings with 16 points through a 5-2 record.

After taking an early advantage over Bren Esports, ONIC PH closed out the Game One win through the zoning efforts of Marky “Markyyyyy” Capacio’s Pharsa.

Securing the Luminous Lord in the 14:42-minute mark, the team immediately went for the game-clinching siege made successful by Markyyyyy’s Feathered Air Strike which took down CJ “Ribo” Ribo’s Lunox and chipped Bren Esports’ health down – paving the way for a five-man wipe.

Allen “Baloyskie” Baloy’s Natan finished with eight kills and three assists against just one death en route to the SMART 5G MVP in the 18-9 Game One which lasted for 16 minutes and 42 seconds.

Bren Esports showed more fight in Game Two, but it was not enough to send the series with ONIC PH completing the 2-0 sweep.

Kairi “Kairi” Rayosdelsol’s Lancelot was awarded the SMART 5G MVP with eight kills and four assists against just one death in the tight 23 minutes and 41 seconds Game Two win.

ONIC PH looks to sweep its season matchup against ECHO tomorrow at 4:00 PM while the world champions will try to pump life to its campaign later in the day at 8:00 PM against Nexplay EVOS.