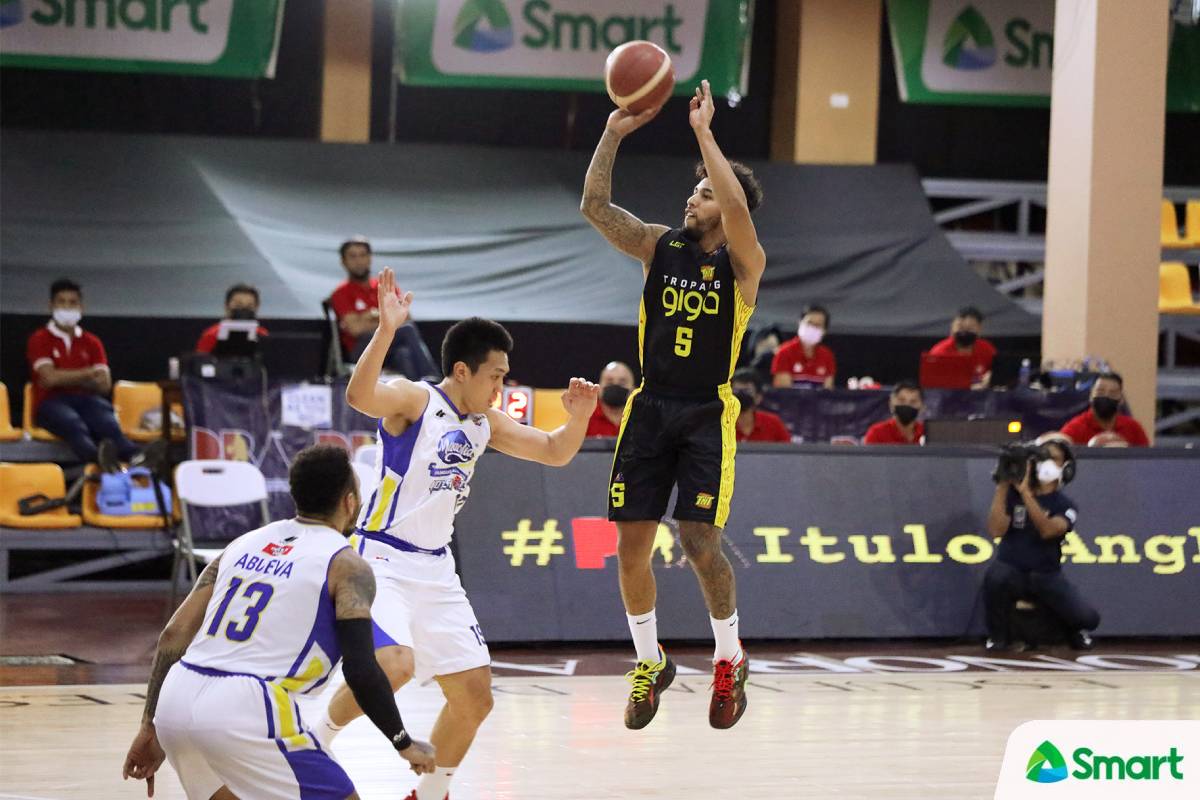 The BPC was never the goal.

So, there was nothing to prove whatsoever for Mikey Williams when he and TNT spoiled the coronation of Calvin Abueva as the 2021 PBA Philippine Cup’s top performer through a 106-89 dismantling of Magnolia in the Finals’ Game Four.

“No motivation towards the BPC at all,” the Tropang Giga rookie humbly told Tiebreaker Times a day after the win that gave them a 3-1 lead in the series.

“That was always a bonus. My only goal for the year was to win a championship.”

The fourth overall pick actually gave the ‘Beast’ tough competition for the top individual honor when he finished a closed second in the final award tally with 834 points, highlighted by the 150 he received from the Commissioner’s Office.

Still, the prize ultimately went to Abueva, who earned his second BPC award — after the 2016 Commissioner’s Cup — mainly for being one of the reasons why the Hotshots returned to the all-Filipino finale for the third time in four seasons.

But the night belonged to Williams.

The former NBA G-League veteran showed how bent he is to accomplishing his lone goal. He turned in yet another scintillating performance with 26 points on 60-percent shooting, including 6-of-11 from beyond the arc.

He’s been the most consistent figure for the Tropang Giga in the Finals with averages of 28.5 points, 5.5 rebounds, and five assists. He hasn’t scored below 21 points, and hasn’t shot lower than 50-percent in the series.

It’s because he’s having fun also, he said.

“I’m truly just locked in towards fulfilling that goal. All glory to God. Most importantly, I think I’m just having fun playing the game I love,” said Williams, who fired 39 points on 10 three-pointers in Game Three last Sunday.

“Having this stripped away for a year because of the pandemic gave me the understanding to be grateful and give it all you got every day you step foot on that floor,” the guard out of Cal State Fullerton furthered.

Wednesday night’s dominant win has put TNT in a position to end its six-year championship in Game Five on Friday. And in order for the Tropa to do so, Williams said that it’s imperative to stay focused right from the onset.

“We have to be locked in from start to finish — doing the little intangible things from 50-50 balls to cutting down on turnovers and being locked in on what we do best and that’s defending,” offered the Rookie of the Year favorite.

“If we do those things, we put ourselves in a good position to take care of business,” he added. “Magnolia is a really good team, and they have the ability to cause problems.”