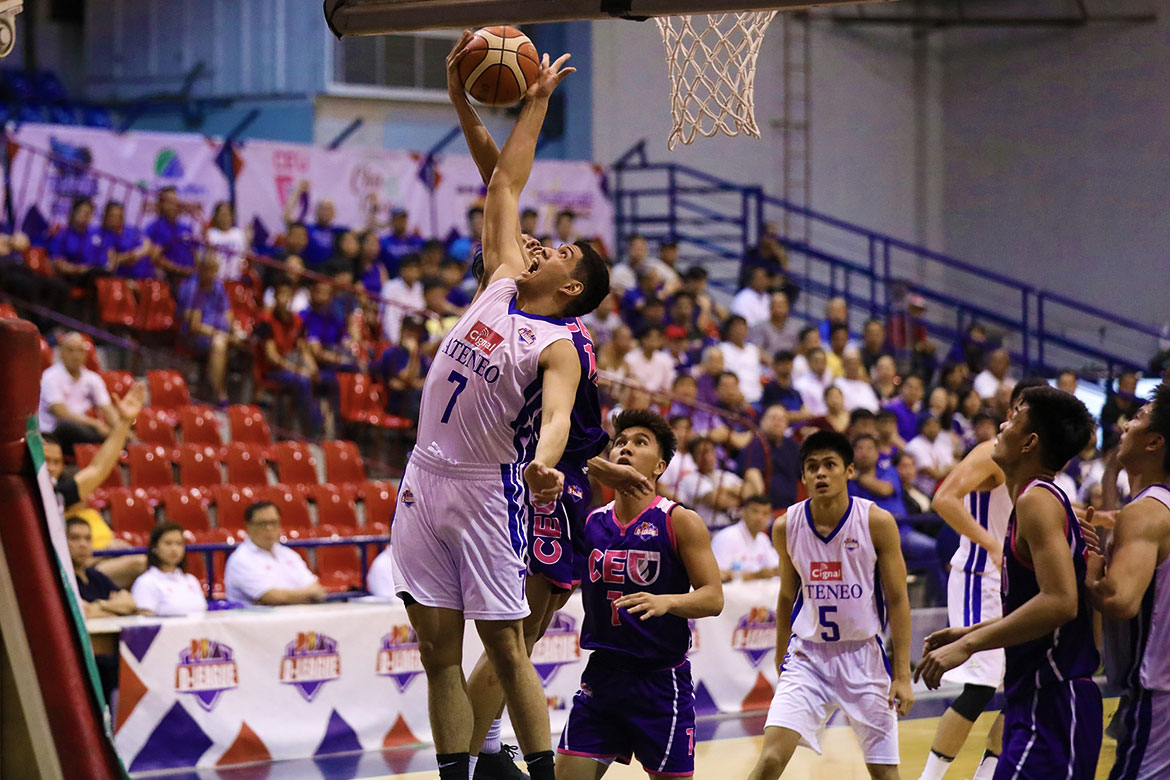 Mike Nieto, along with brother Matt, Thirdy Ravena, and Isaac Go, will bid goodbye to the Ateneo de Manila University at the end of the UAAP Season 82 Men’s Basketball tilt this September.

And Mike’s wish is to leave Ateneo with a three-peat, which hasn’t been done in the UAAP since the Blue Eagles’ historic five straight titles from 2008 to 2012 under head coach Norman Black.

“Final year na naming apat, so we’ll do whatever it takes to win the three-peat this season,” he said.

The UAAP season is still months away, but many expect Ateneo to dominate again given how commanding they have been in the last two seasons of the country’s most prestigious collegiate league.

The dribblers from Katipunan even made another case why they are the heavy favorites on Tuesday afternoon.

Showcasing a near-flawless game from both ends of the floor, the Cignal-backed Ateneo tore apart the gallant CEU Scorpions, 98-66, to bag the 2019 PBA D-League championship.

For the older Nieto, having the chance to play in the D-League – where they were pitted against collegiate teams outside UAAP as well as ex-PBAers and pro aspirants – helped in many ways.

And they can build on the experience they garnered heading into the UAAP.

“This will just help us to continue growing as a team,” he added. “We’ll just use this as a stepping stone, and learn from our mistakes here in the D-League para ma-perfect namin yung system namin pagdating ng UAAP.”