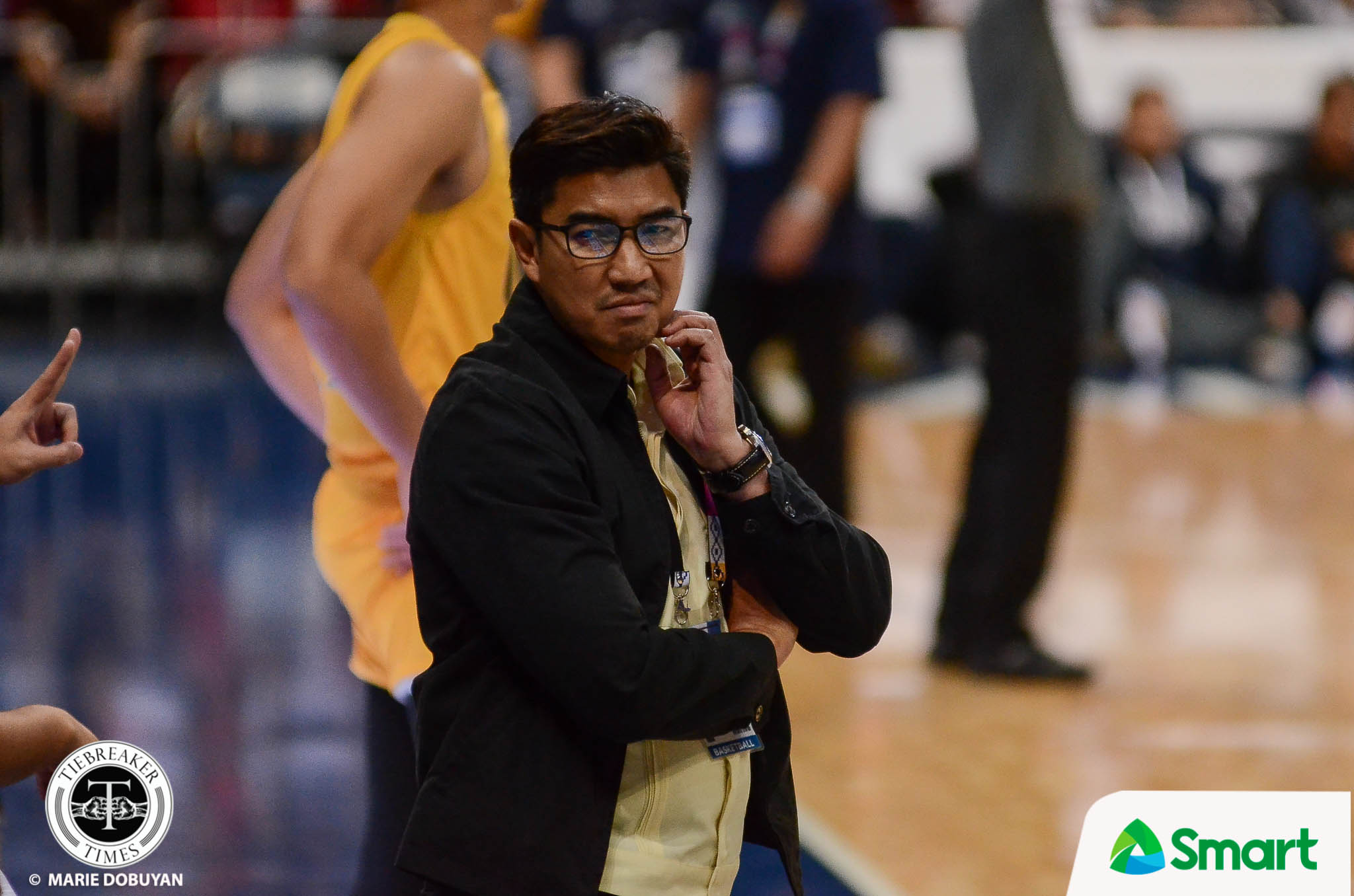 University of Santo Tomas head coach Aldin Ayo could not help but blame himself for the meltdown the Growling Tigers suffered at the hands of the Adamson Soaring Falcons last Wednesday.

In another classic encounter in the UAAP Season 82 Men’s Basketball Tournament, UST was up by 13 points, 61-48, early in the final frame.

But Val Chauca and Adamson stormed their way back with a blistering 16-0 assault to deal UST a crushing 71-78 defeat.

Ayo praised Pumaren and the rest of the Soaring Falcons for showing poise, especially when they were down. Moreover, that patience Adamson displayed is what he wants the Growling Tigers to eventually learn.

Regarding the Tweet he made moments after the game referring to a crucial, late non-call, Ayo shared that it was not meant as shade to the officials.

Moving forward, the UST mentor hopes that they learn from their losses to Ateneo and Adamson. In addition, he knows that losses like those would only make the Growling Tigers stronger.