The city has also churned out its fair share of basketball players who have shone both in the national and international scenes. The legendary Alfonso “Boy” Marquez who played in the 1960 and 1968 Olympics, Bai Cristobal, Noynoy Falcasantos, Bernard Tanpua, Mark Barroca, RR Garcia, Rudy Lingganay, collegiate stars Peter Alfaro of the San Beda Red Lions and Forthsky Padrigao of the Ateneo Blue Eagles, Chooks-to-Go Pilipinas 3×3 playing coach Chico Lanete and brother Garvo, and Gilas Women’s U18 Ashley Loon are just some of the outstanding Zamboangueño ballers.

It is the desire to sustain the city’s rich tradition in sports, particularly in the country’s favorite pastime, that gave birth to the Big Fundamental Basketball.

The Big Fundamental is the brainchild of Zamboanga’s basketball power couple, Joseph and Mae Shayne Romarate, who want to make the city a breeding ground of talents that could be showcased not only locally but also nationally.

They have been conducting basketball clinics where they teach young, aspiring ballers the rudiments of the game, organizing age group basketball tournaments while airing the games on local channels and on social media platforms, and honing homegrown teams that would represent Zamboanga in competitions outside the city.

#ReadMore  Evan Nelle a man on a mission vs UP: 'I don’t want this to be my last game'

Joseph broke down their reason for being. “BFB is about developing grassroots talents. Our main advocacy as a developmental league is to help our young hopefuls reach their greatest potential and make it in the big city.

“We provide a venue where players can be scouted by coaches/team managers from big schools or collegiate leagues such as the NCAA or UAAP.”

With the tournaments well-organized and professionally run by Joseph and Mae, young Zamboangueños get a rare opportunity to compete in games with an elite league feel to them. The idea, Joseph says, is to come up with tournaments that are patterned after the big leagues in Manila.

The reception, thus far, has been positive. Joseph recalls what players have told him. “One player felt he was playing in the UAAP. There was another one who already made a list of names to thank or give a shoutout to in the post-game interview in case he was selected best player of the game.”

Joseph and Mae certainly know how it is to be in a grander stage.

Mae has been a fixture in the Zamboanga hosting scenes and eventually gravitated to courtside correspondent work, first for the Zamboanga Basketball League, then the VisMin Cup.

It is these two diverse yet complementary backgrounds that have helped Joseph and Mae forge the partnership that works, on and off the court.

Their journey that combines both sports advocacy and commercial venture has not been without any trepidation. Beyond the seemingly glamorous hats they wear as league commissioner and courtside commentator, the couple has had to roll up their sleeves and do the dirty work necessary in operating a league that lives up to the high standards that they have set for themselves. 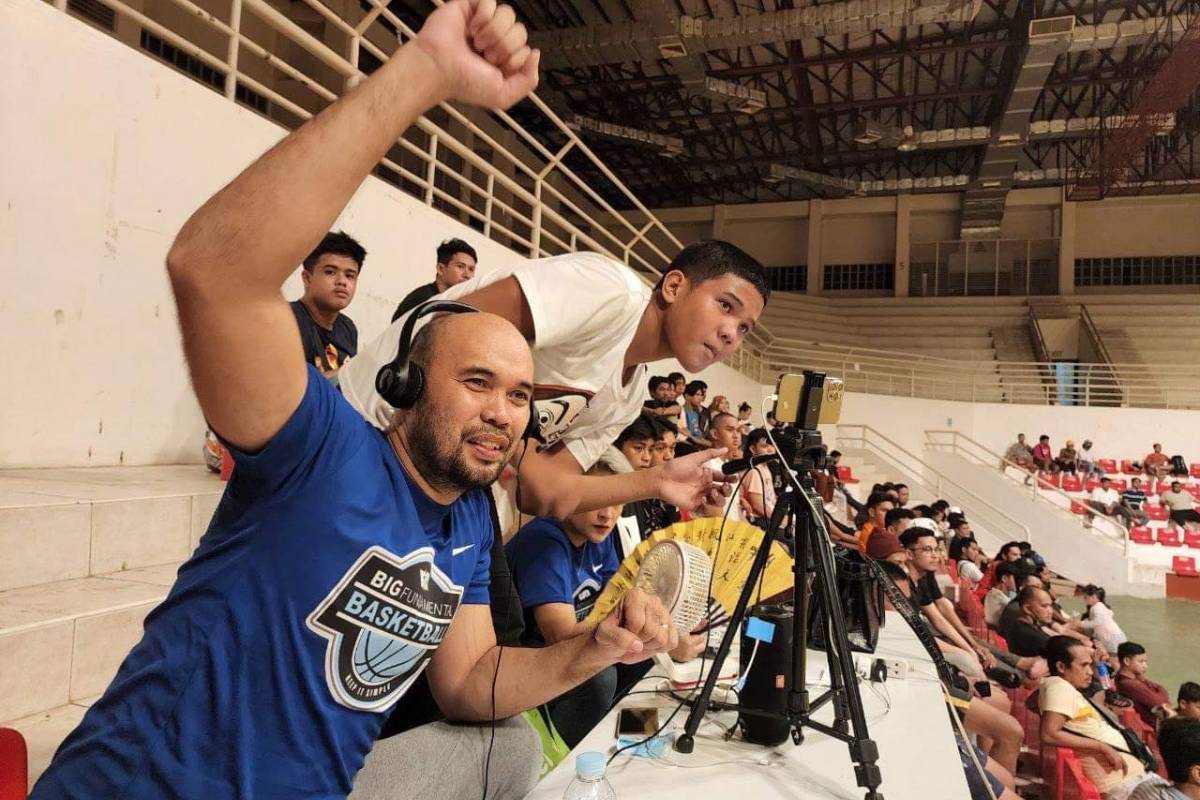 Joseph shared, “There was a time I was the commissioner, cameraman, operator of the broadcasting app, and commentator all at the same time. It was multi-tasking at its finest. Only a passionate and dedicated individual would have been willing to do all of these.”

For Mae who grew up in a household where everyone was either an SMB or Purefoods fan, being a sportscaster is the realization of a childhood dream that has come with a bonus, the opportunity to build and live out an even bigger dream with her husband and partner. 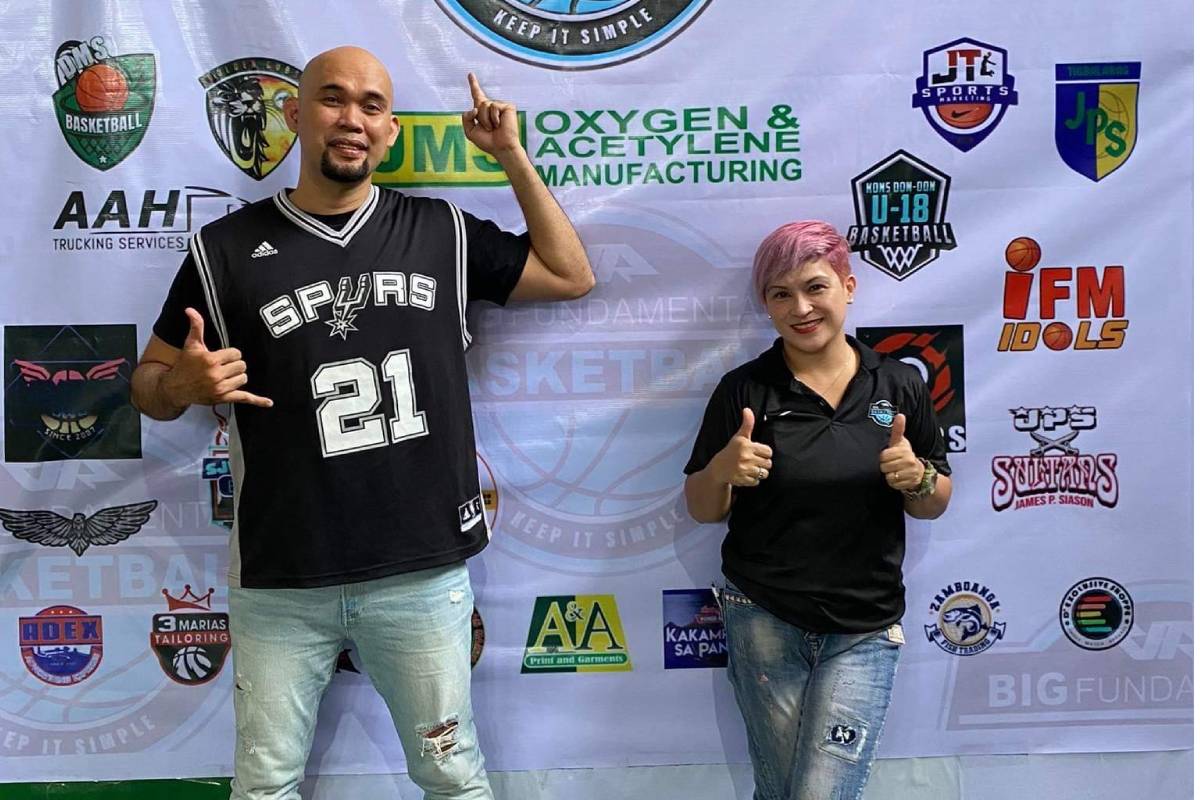 “It is fulfilling and enjoyable because you do it together. It is also challenging in a sense since you should not mix work with your personal relationship as a couple. It can get quite tricky because oftentimes, I tend to forget he is my boss when we are at work,” she narrated with a laugh.

This early, the Big Fundamental Basketball has already shown its growth potential. Last August, their production crew covered the VisMin Under-19 Football Tournament organized by the Philippine Football Federation. Big Fundamental also recently launched an Under-21 basketball league in the nearby Sibugay province. Plans are underway for an Under-15, Under-18, and Under-21 Liga Mindanao competition.

Even with all these in the pipeline, there is a sense that the Big Fundamental is barely scratching the surface of what it has set out to do. An array of possibilities in the horizon has opened in the discovery of an athletic talent and the advancement of sport not just in Zamboanga City but also in the neighboring provinces. 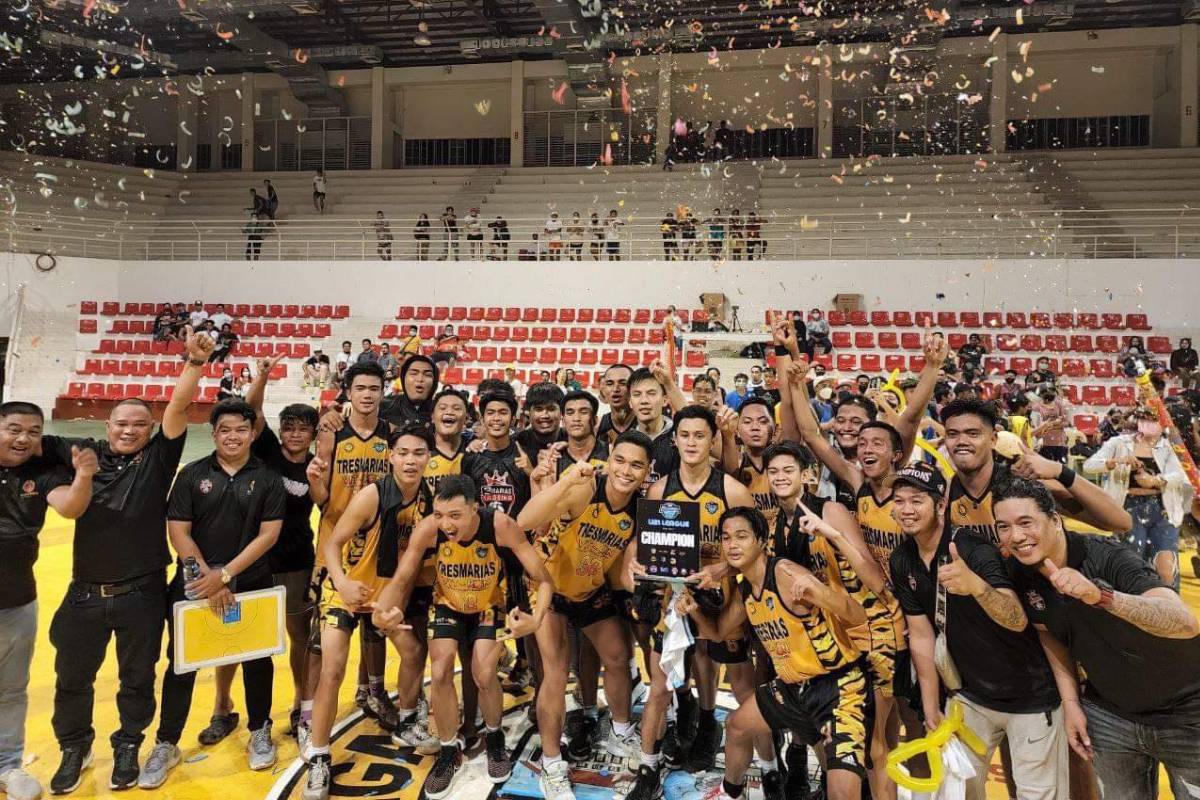 It is rather providential to call Joseph the Dreamer. He and Mae are visionaries. Their shared love and passion for sports, along with their tenacity and willingness to put in the hard work, make them a power couple that is changing the grassroots basketball landscape in the city of Zamboanga. 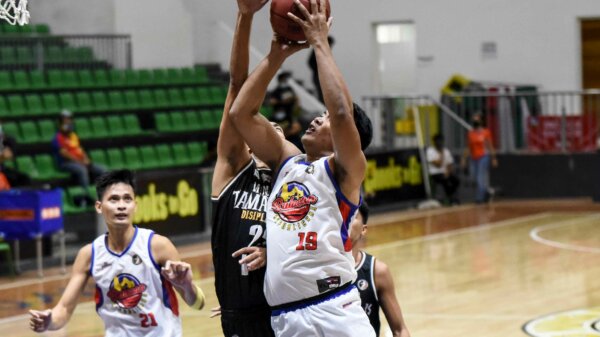 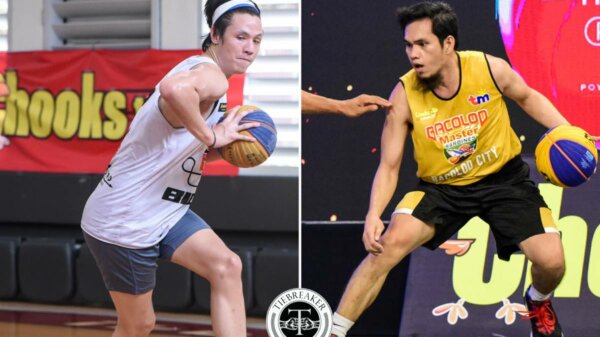