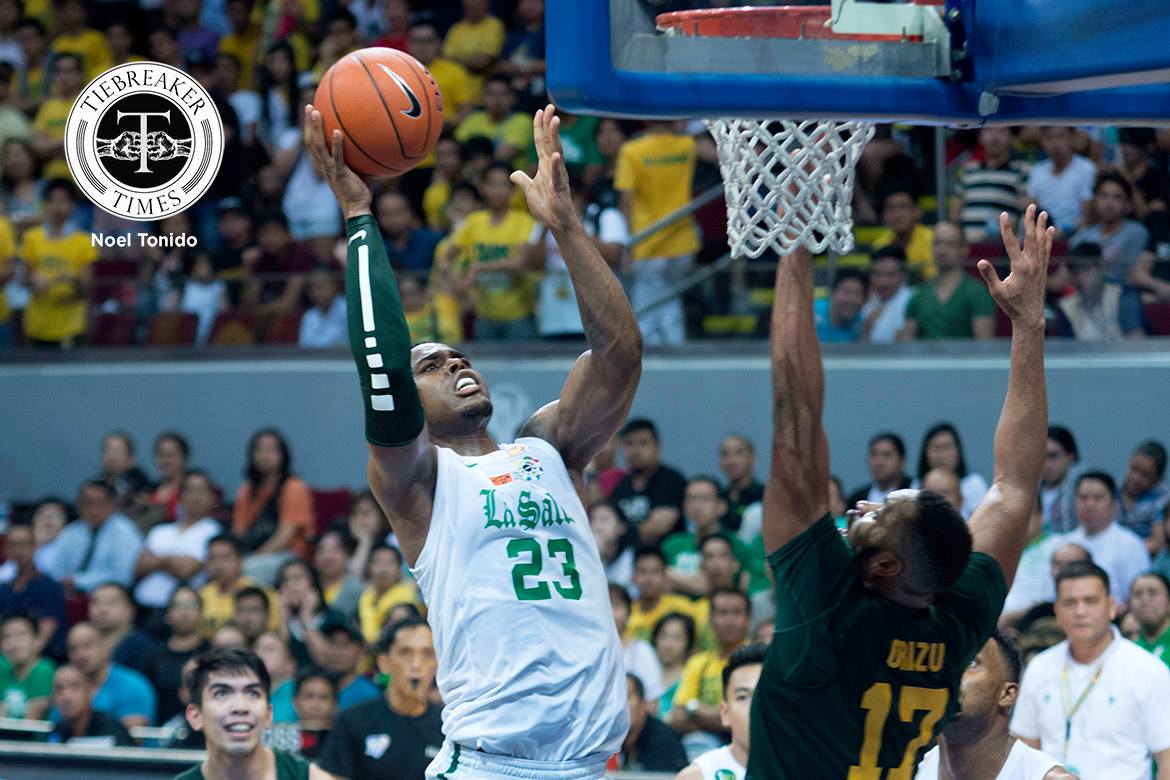 The De La Salle University Green Archers’ first two games went exactly the way most people have envisioned it to be prior to the season.

To say that the Archers’ highly-anticipated recruit Ben Mbala had a huge hand in making it happen might be a terrible understatement.

The 6’8″ Cameroonian has definitely lived up to his hype so far as he steered La Salle to victories over defending champion Far Eastern University Tamaraws and the University of the Philippines Fighting Maroons in the league’s opening week.

His dominant showing in both games earned him the first ACCEL Quantum/3XVI-UAAP Press Corps Player of the Week honors for the season.

In that stretch, Mbala posted averages of 21.5 points, 18.5 rebounds, three shot blocks and a season’s worth of highlight reel as he displayed the tenacity and the eagerness one could expect from a man who has watched the UAAP from the sidelines over the past three years.

And by the looks of it, Mbala’s potential is only beginning to scratch the surface.

said Mbala after posting 30 points and 14 rebounds against the Fighting Maroons last Saturday.

“I cannot stop myself until I’m good enough. I just want to improve and there’s always a room for improvement. I think I can still play better.”

Mbala snatching the weekly honors was hardly a surprise for anyone despite the abundance of awesome individual performances in the opening week.

“Big Ben” bested the following student-athletes for this week’s crown:

Player of the Week Jalalon shows another facet to game