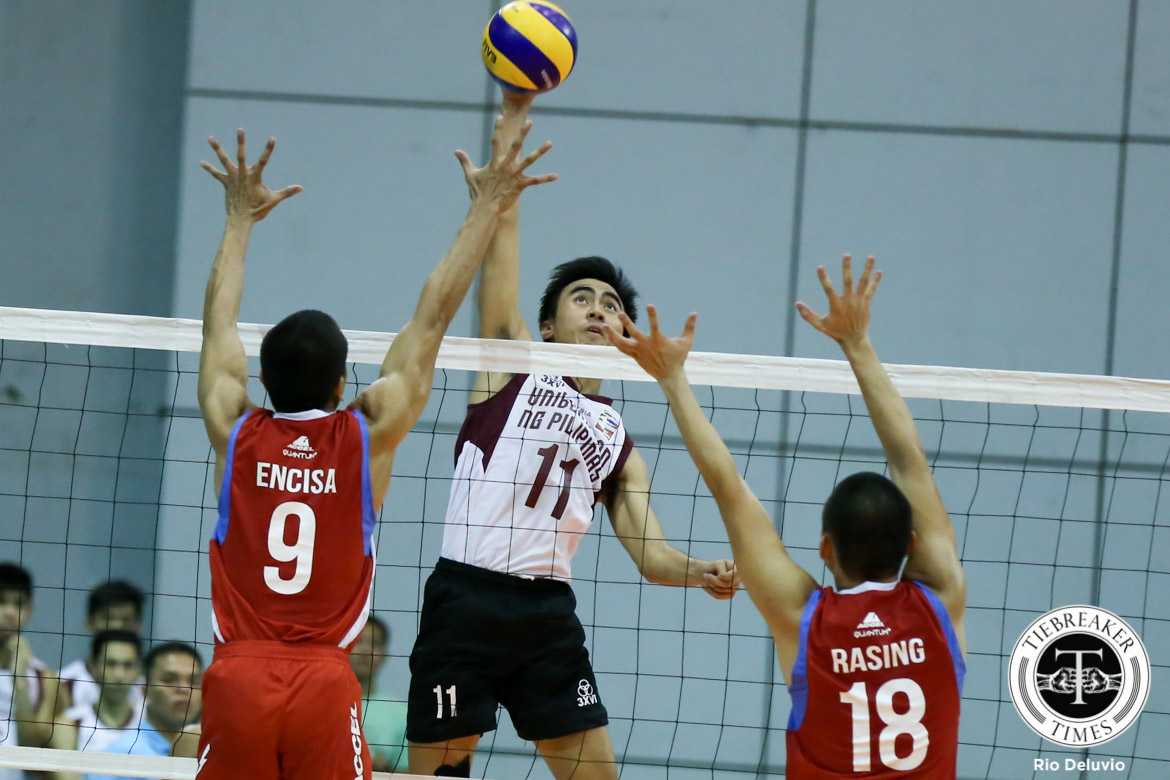 In a battle of coach Rod Palmero’s teams, the University of the Philippines Maroons prevailed over the Emilio Aguinaldo College Generals 23-25, 25-23, 25-17, 25-17 in the Spikers’ Turf Collegiate Conference opening day at the Ynares Sports Arena in Pasig City.

The match started with neither team able to take a lead larger than two. In the closing moments of the first set, EAC pulled big plays from Israel Encina and Kerth Melliza to break away from a 23-all tie and take the early lead. UP was again in the same predicament in the second set but were able to save set point and force a deuce at 24-all. Melliza and UP open hitter Wendel Miguel traded big hits down the stretch until a pair of attack errors doomed the Generals and gave the frame to UP.

The rest of the match swung towards UP’s favor as EAC’s defense and reception faltered the rest of the way. The Maroons built a 21-14 lead in the third set then rushed to an 18-9 lead fourth set even after Miguel went down with a right shoulder injury early in the fourth set.

Converted to an open spiker after playing middle for most of his collegiate career, Encina led all scorer with 24 points while Melliza added 17. 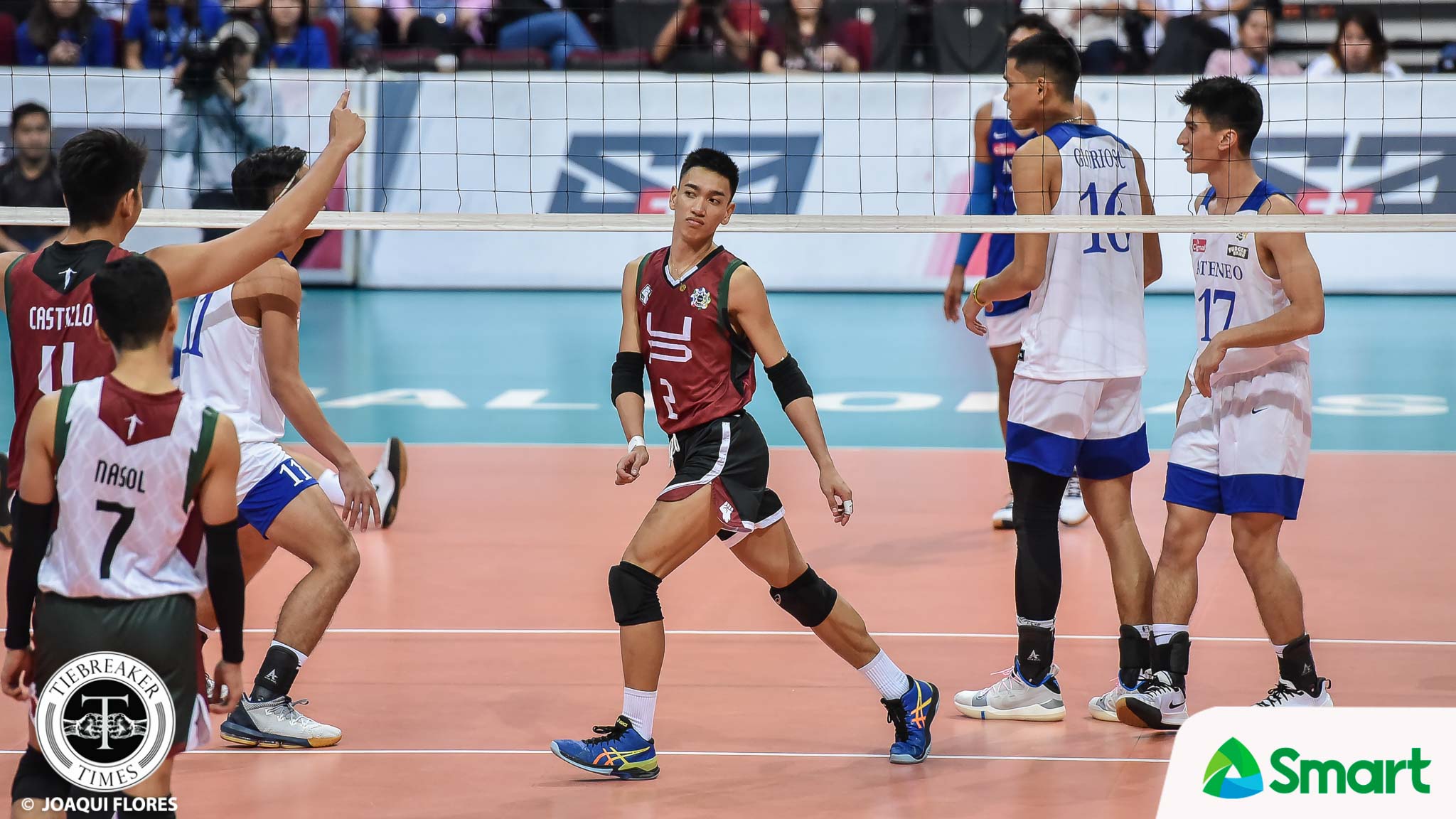 For the first time in a long while, University of the Philippines took care of business against long-time tormentor Ateneo de Manila University when... 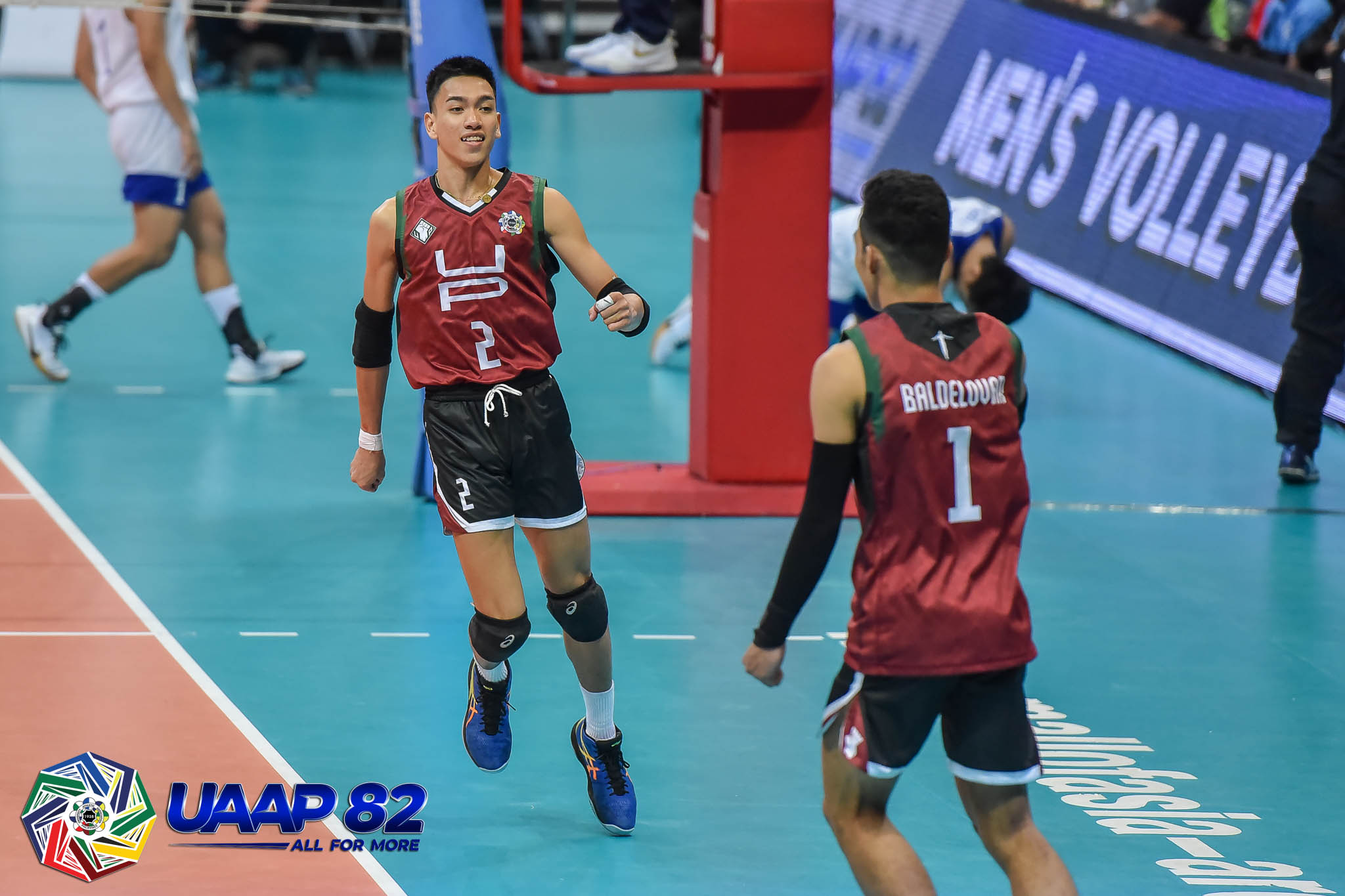 Gamban, UP Fighting Maroons strut way to upset of Ateneo in UAAP 82

University of the Philippines had an electric start to its UAAP Season 82 men’s volleyball campaign, scoring a massive upset of Ateneo de Manila...