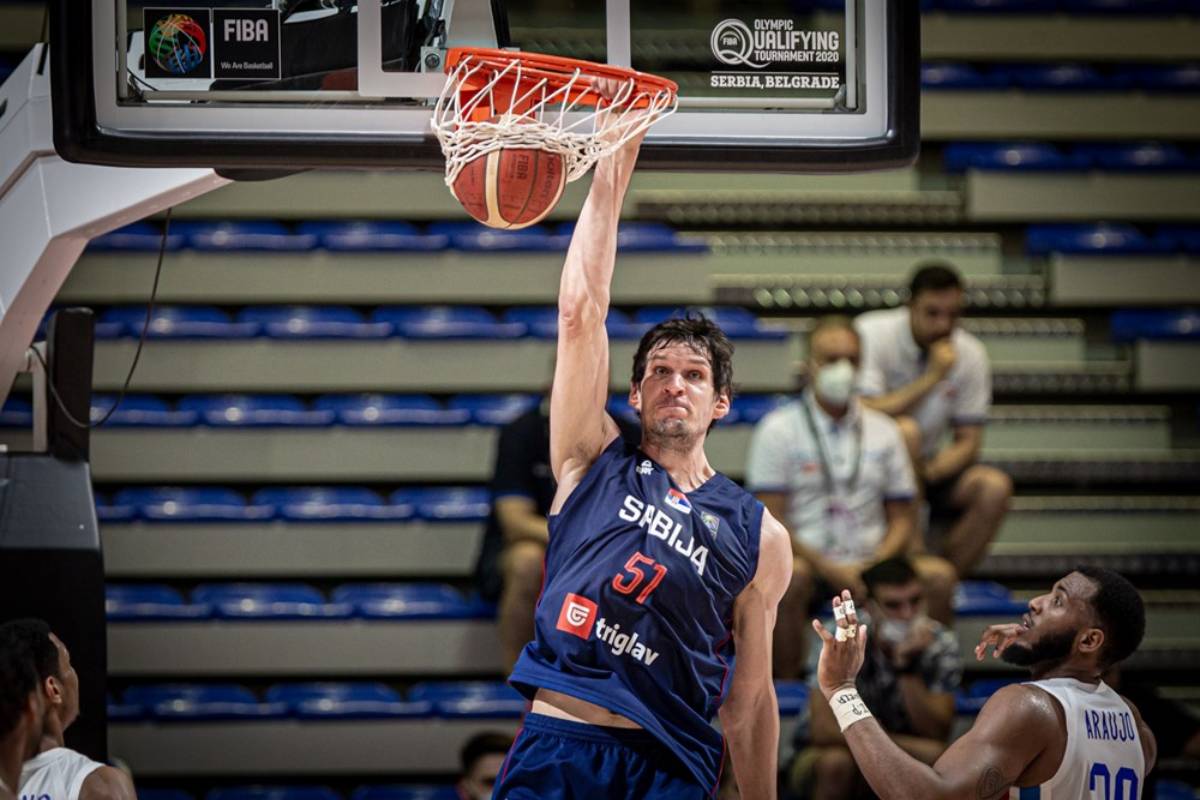 The 7-foot-4 slotman finished with a game-high 18 points, including the pair of free throws he nailed with 8:37 remaining in the fourth quarter that kick-started the hosts’ furious rally en route to the opening day victory.

The Dallas Maverick also collected 10 rebounds, two assists, a steal, and a block each in the win that placed the Serbians atop Group A (1-0).

“It was as expected. It was a very difficult game,” offered head coach Igor Kokoskov. “[But] It’s the final result we should be happy [with].”

The world no. 5 indeed had a hard time against the cagers from the Caribbean, who actually led a few times in the match — their biggest lead was four, 64-60, following a Michael Cuevas three-pointer with 3:03 left in the third canto.

But then, the Eagles eventually got their flow going. Marjanovic, after his charities, received support from Vasilije Micic and Nikola Kalinic in stringing together nine consecutive points for a 78-69 advantage with 6:35 to go.

They never let go of the driver’s seat since then. Ognjen Dobric, star guard Milos Teodosic, and former youth team standout Filip Petrusev all joined in the fray, leaving the opposition overwhelmed all the way to the end.

“The key point was in the fourth quarter, with the desire and the willingness of our guys to compete and close the game and win. It wasn’t pretty, a lot of mistakes. We knew it was gonna happen, but we got it done,” Kokoskov said.

Miami Heat center Nemanja Bjelica chimed in 12 markers and six boards, as all but two players fielded by Kokoskov scored at least two in the win.

“It’s very difficult to — regardless of the names we have — put a team together. We had three guys who joined us just a few days ago. But it is what it is. We are where we are. We got it done and that’s all that matters,” said Kokoskov.

“We had this game here against the number five team in the world, we [played] a good three quarters of the game, but at the end of the last quarter we couldn’t hang. But we are very proud of our guys,” he said through a translator.

Both squads will take turns facing Gilas Pilipinas next. Serbia will play the youth-laden squad first on Thursday, July 1, at 2:15 a.m. before the Dominican Republic gets its chance the following day at 2:30 a,m.

#ReadMore  Baldwin forms 'youngest Gilas ever' for now and the future