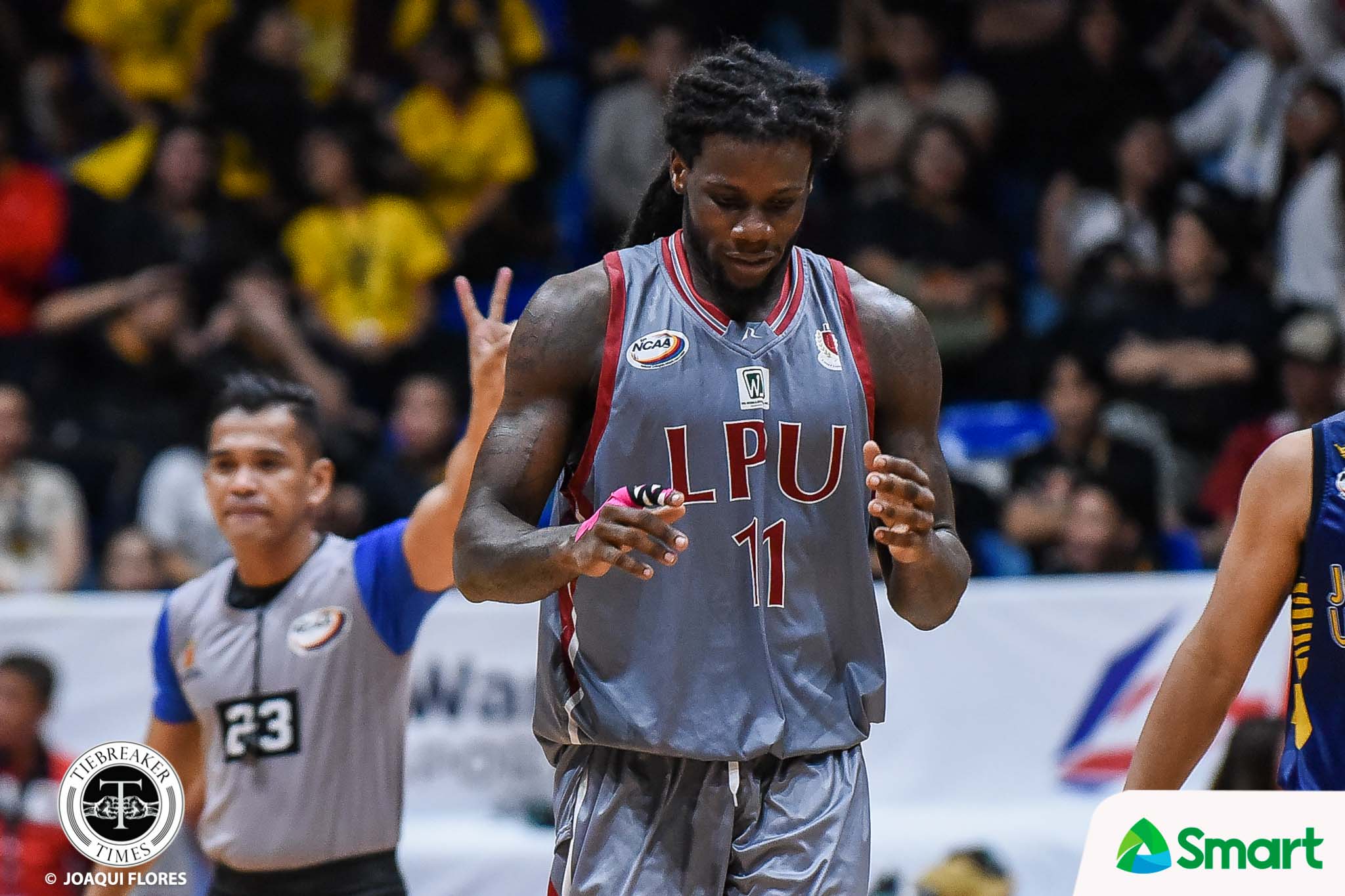 “It’s a good win for us because we know that coming into the game, alam namin na madaming fans yung JRU,” said Lyceum head coach Topex Robinson, since the venue had a lot of Rizalians present. “We wanted to see panu magre-respond yung mga bata. We are glad with how they were able to handle pressure.”

This is Lyceum’s third straight win, bringing them up to 4-1. And this one was as clinical as they come for the Pirates.

Mike Nzeusseu, though still recovering from a dislocated finger injury, tallied 13 points and eight rebounds in just 16 minutes of game time for Lyceum.

“We took a gamble on him. We gave him the decision if he wanted to play or not,” shared Robinson. “Sabi niya, ‘If I’m gonna rest now, wala na ako next year’. He wanted to make every game count.”

With the Cameroonian student-athlete leading the way, the Pirates would lead by as much as 28 points, 80-52, in the lopsided affair.

JRU entered the contest with a two-game winning streak. But they were so frustrated with the outcome that Louie Gonzalez was ejected for accumulating two technical fouls with 8:37 left in the third canto.

Later on, Agem Miranda – who had 13 points in the game – incurred a disqualifying foul with 3:31 remaining in the game after refs caught him punching rookie Biern Laurente.

With Jaycee Marcelino out, the other Pirates were able to shine, including Toci Tansingco (13 points). Nino Ibanez and Enoch Valdez added 11 points each, as every Pirate scored in the game.

Marcelino missed the game to rest.

“This is the best time for us to rest him. Just making sure that he is okay. He is day-to-day because we are looking at the long stretch. He has to be smart with his body,” Robinson said about Marcelino.

John Amores had a game-high 23 points for JRU.

Gonzalez and Miranda will be suspended for the Heavy Bombers’ home game against the EAC Generals on Thursday, August 1. Lyceum will next face the Arellano Chiefs on Friday, August 2 at 6:00 pm.