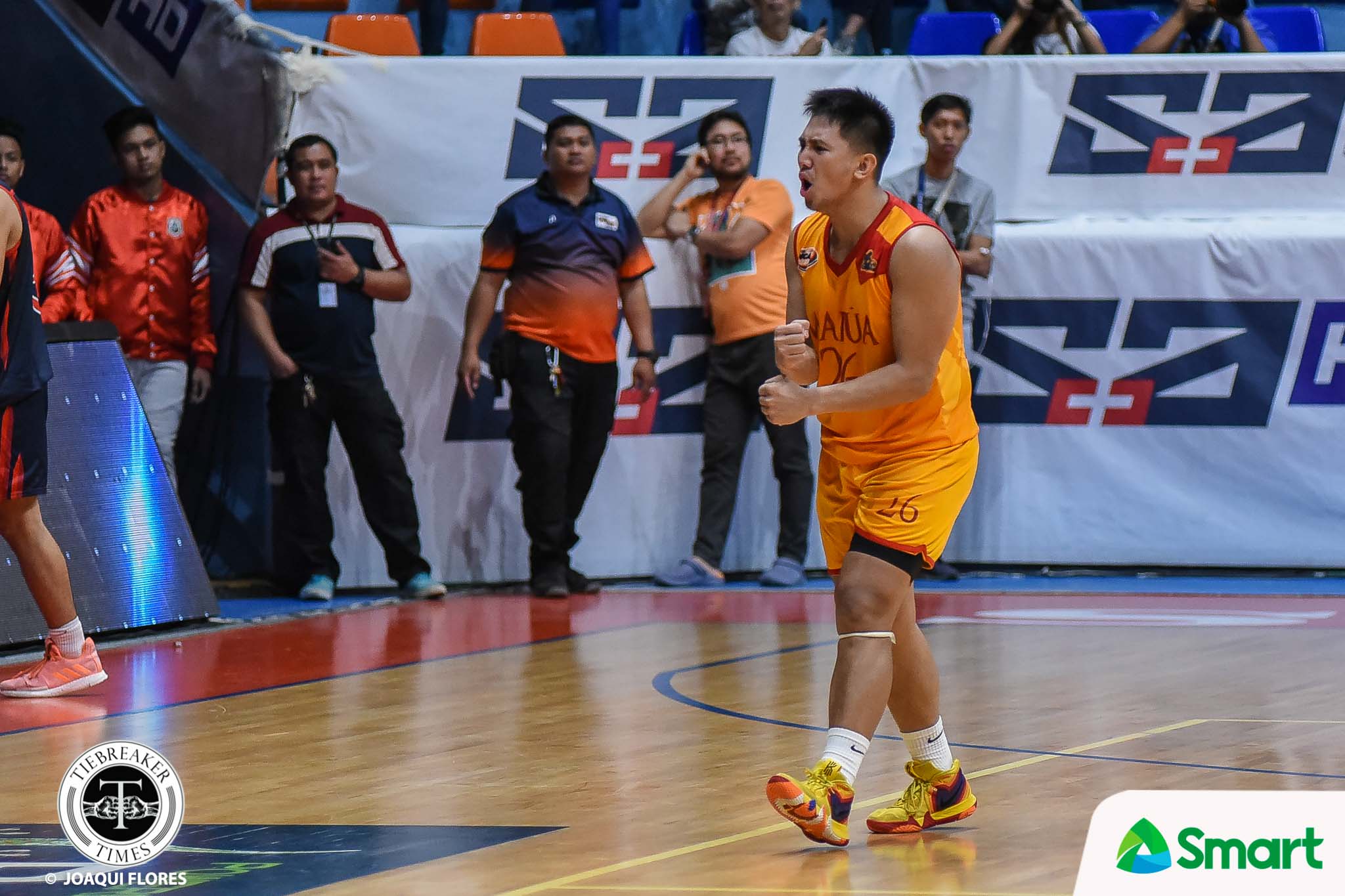 Noah Lugo came up big in the clutch to power the Mapua Cardinals to an 85-81 escape of the Perpetual Help Altas and keep their NCAA Season 95 Seniors Basketball Final Four hopes alive, Tuesday at the Filoil Flying V Centre in San Juan.

The win pushed the Cardinals to a 9-8 record, half a game behind fourth-running San Sebastian. The Golden Stags take on the Arellano Chiefs later in the day.

And Lugo made sure that the Cardinals remain in the thick of things.

Down by three, 75-78, with 1:44 left, the Mapua lifer drained a huge triple to knot things up. In the next possession, he found Justin Serrano underneath for the go-ahead layup.

Laurenz Victoria was then steady from the stripe to extend Mapua’s lead to six, 80-79, with 10.4 ticks left to seal off Perpetual.

Mapua’s last assignment for the round will be against Saint Benilde on Friday, October 18 at 12:00 pm. Perpetual then takes on San Sebastian later in the day.