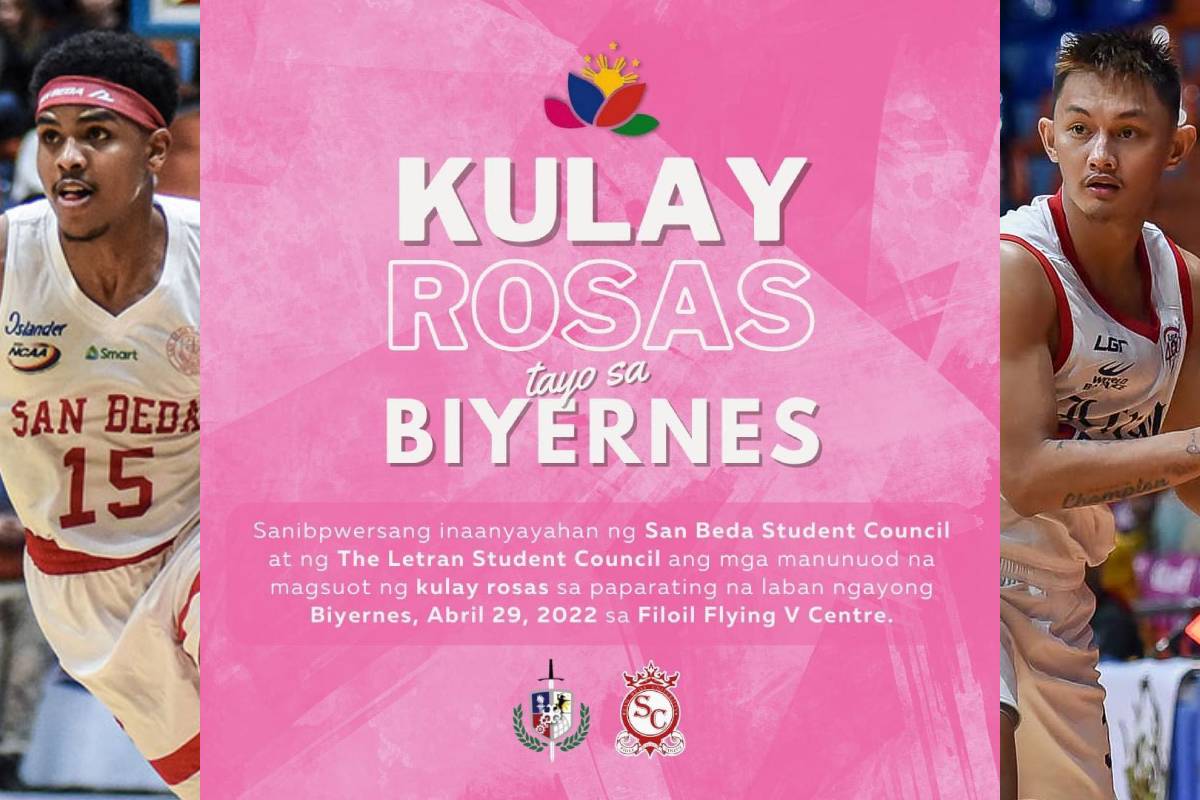 It’s not just UAAP rivals Ateneo de Manila University and De La Salle University who called for a truce for a cause.

NCAA archrivals Colegio de San Juan de Letran and San Beda University have called on its supporters and alumni to wear pink instead of their school colors for their upcoming clash on Friday in the NCAA Season 97 seniors’ basketball tournament.

In a joint announcement by both of the schools’ student councils, the two institutions hope to fill the Filoil Flying V Centre with pink in support of the presidential bid of vice president Leni Robredo.

“Even the greatest rivals in Philippine sports are to make a truce for a cause greater than our disparity,” read the statement.

“As we step back inside the arena, we are encouraging all Letranites and Bedans to WEAR PINK this Friday at the Filoil Flying V Centre in our solidarity to call for good governance,” it continued.

The last time these two rivals met was in game three of the Season 95 Finals with the Knights beating the Red Lions, 81-79, to win the tournament.

Letran currently holds the best record in the league with a clean 8-0 win-loss record.

San Beda, on the other hand, will try to secure a twice-to-beat advantage with a win over the defending champions.