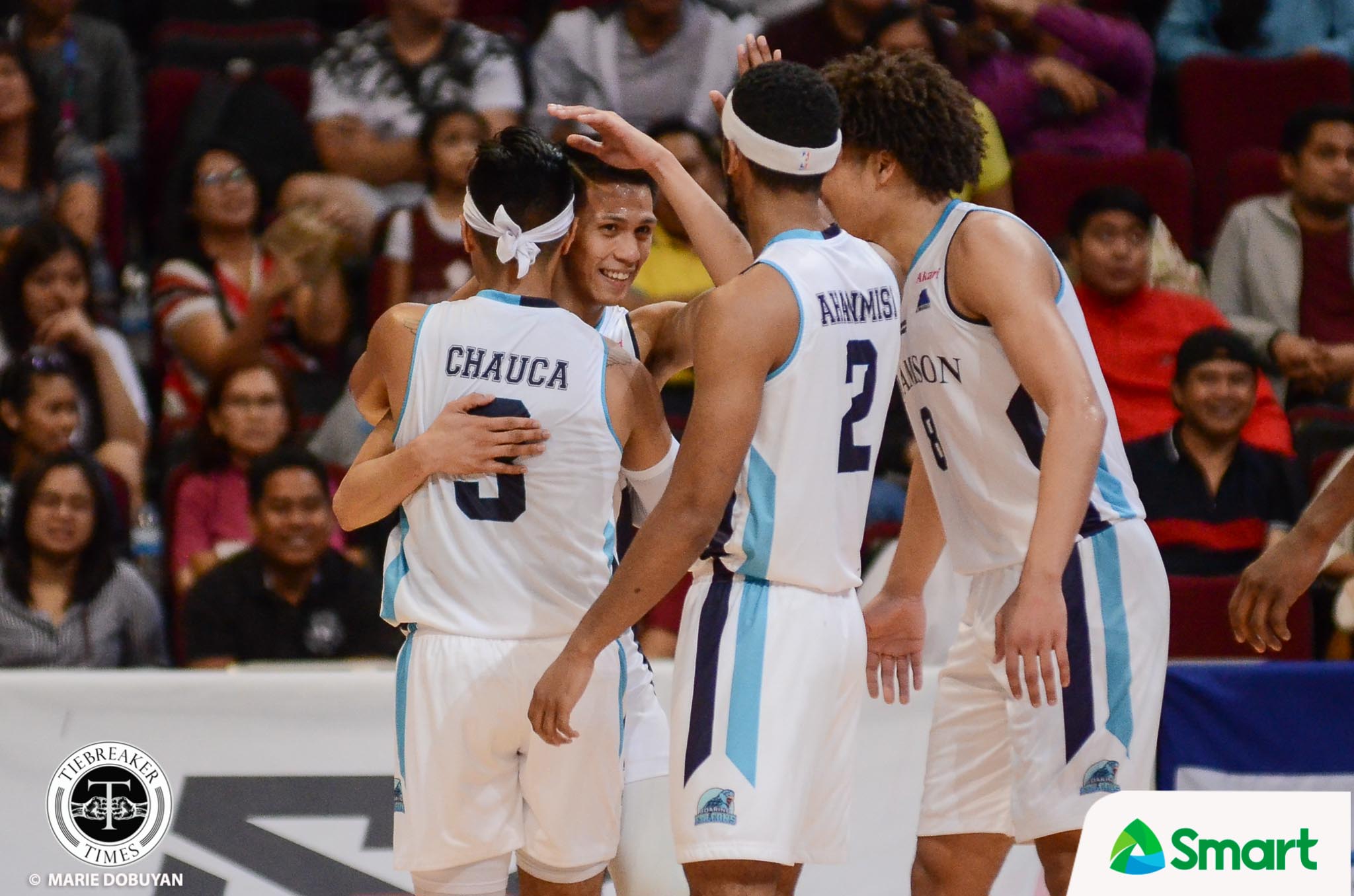 Both Jerrick Ahanmisi and Jerom Lastimosa were visibly heartbroken after the Adamson University Soaring Falcons lost to the UP Fighting Maroons in their UAAP Season 82 meeting, Sunday.

The two guards were upset enough that they respectfully declined interviews from the press after the 82-83 defeat.

Nobody could blame them for feeling that way, though. The Soaring Falcons already had a 43-25 lead early in the third quarter, but the Fighting Maroons came roaring back to make it a close affair.

Lastimosa himself had given Adamson a 73-70 lead with 1:07 to go in the fourth. Unfortunately, he then turned the ball over with 31 seconds left, allowing UP to tie the game moments later.

Lastimosa had another chance to win it, but his long three-pointer missed, sending the game into overtime.

He then had another opportunity to redeem himself in OT,, when he gave Adamson an 82-75 lead with 2:22 left to play. But the breaks of the game simply didn’t go the Soaring Falcons’ way.

UP clawed back yet again. A Jun Manzo bucket lifted his team to within one, 81-82, with 34.8 ticks left. Ahanmisi then had a steal but the Fighting Maroons intercepted his forward pass.

That turnover allowed UP to take a decent shot, leading to Bright Akhuetie’s free throws. Akhuetie then coolly sank his shots to give UP the lead with 2.8 seconds on the clock.

Lastimosa tried once again to win it for Adamson, but Ricci Rivero timed his baseline jumper and blocked it to seal the win that got the Fighting Maroons back in the win column.

Lastimosa finished with 11 points, while Ahanmisi only had seven markers in the defeat. The two combined for 10 of the Soaring Falcons’ 25 turnovers.

Adamson fell to 2-2 in the standings.

“Probably if you can see, it was all mental mistakes,” said coach Franz Pumaren. “They thought that the game was over already.

“That’s one game that slipped away from us.”

Still, the decorated bench strategist believes that his young team will only learn from the loss.

“We just have to stay within the course. I think we planned so well not to drift away from what we were supposed to be doing, but it’s a learning thing. That’s the price of having a young team,” said Pumaren.

“I guess it will gain another experience from us.”

Godfrey Okumu airs frustration on Motolite-Choco Mucho officiating: ‘How bad can they be?’