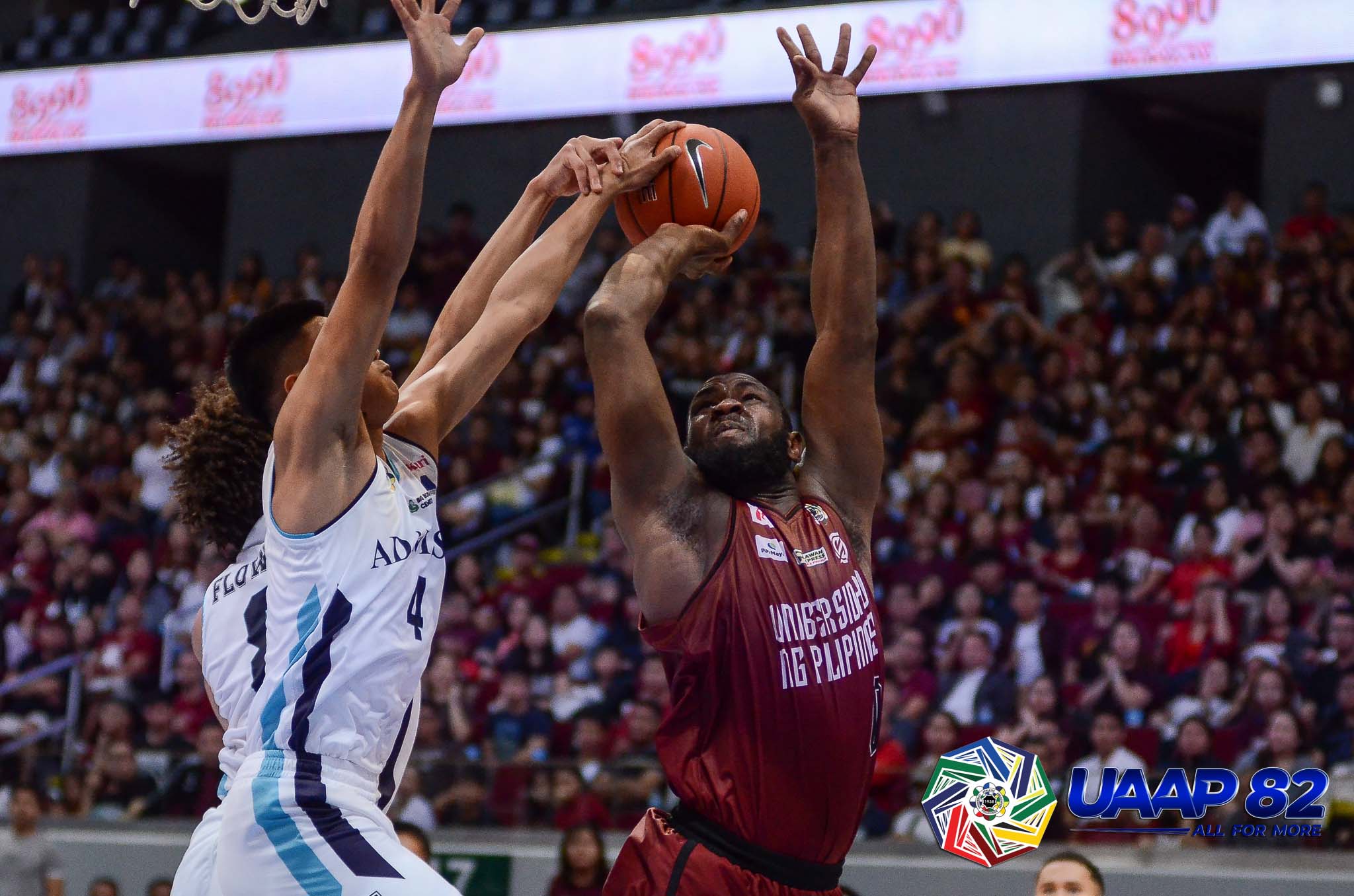 The University of the Philippines fought back from 16-points down and stunned the Adamson University Soaring Falcons, 83-82, in overtime in the UAAP Season 82 men’s basketball tournament Sunday at Mall of Asia Arena.

Bright Akhuetie capped off his stellar night with the go-ahead freebies in the last 2.8 seconds of the overtime period. The charities were the biggest of his 18 points and 18 rebounds, sealing the win for the Fighting Maroons.

Jerom Lastimosa still had a chance to avert an Adamson meltdown, but his right corner three fell short at the buzzer.

“That was an almost lost opportunity for us, but our players did not give up,” sighed coach Bo Perasol.

UP battled back from a 41-25 halftime deficit, then an 82-75 deficit with 2:22 remaining in the extension. They then held Adamson scoreless for the remainder of the game.

Lastimosa and Jerrick Ahanmisi also had costly turnovers that kept the door open for the Fighting Maroons. Jun Manzo got his side within one in the last 34.8 ticks, and Akhuetie secured the ball in a mad scramble before burying the game-winning charities in the clutch.

“I really believe that we have it in us. We just have to squeeze it and find a way to get it,” Perasol said.

UP improved to 2-1 to grab a share of second place with UST, while sending Adamson down to an even 2-2 card.

Lenda Douanga tallied a double-double with his 14 points, 11 boards, and three blocks, as rookie AP Manlapaz had his breakout game with 17 points and three rebounds in the defeat.

UP play again in the first game of Wednesday’s triple-header, against the NU Bulldogs. Adamson look to bounce back later in the day against the UST Growling Tigers. Both games are at the MOA Arena.

Kobe Paras looks back on struggles that led him to UP