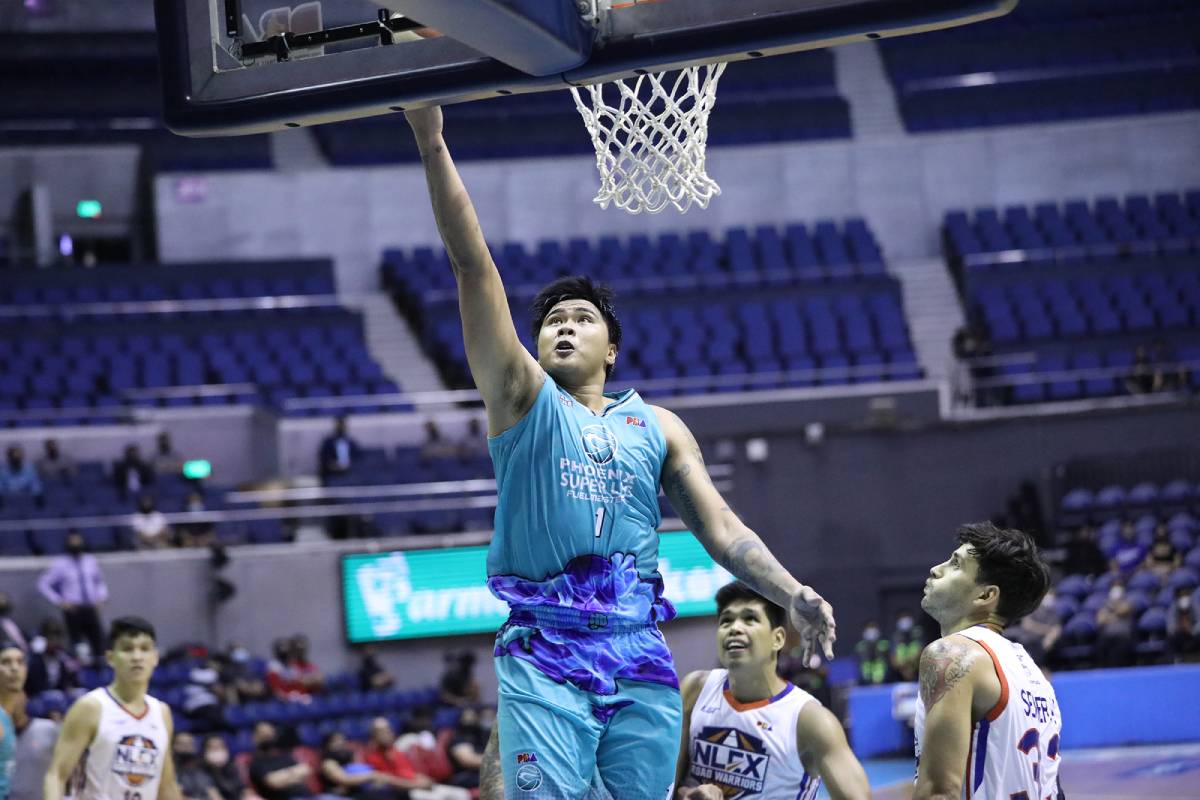 The bruising big man fell on the floor following a shot inside with 3:05 left in overtime and did not have the strength to stand up which led to a mismatch on the other side of the floor that saw five Road Warriors versus four Fuel Masters.

He left at a time so crucial as the match was tied at 105-all thanks to that bucket of his, which came from a nice find by RJ Jazul.

The Fuel Masters lost, 114-108, absorbing their fifth loss in seven outings that have put them practically in must-win situations in their next games.

The defeat also wasted the solid performance of Larry Muyang, who left with 17 points and 11 rebounds for his first career double-double.

The past few games have seen head coach Topex Robinson utilize Muyang longer. It began against Rain or Shine last June 19, where he logged nearly 15 minutes and had 11 points in their 106-102 victory.

Presently, he’s averaging 5.3 points and 3.6 rebounds in 11.7 minutes a game, totally a far cry from the previous Governors’ Cup where he barely played.

Muyang disclosed that he struggled to focus on basketball during that stretch as he dealt with the loss of his mother just last February.

Now, he’s getting his usual on-court form back as evident by the way he’s been playing. And he’s dedicating every game to his mom.