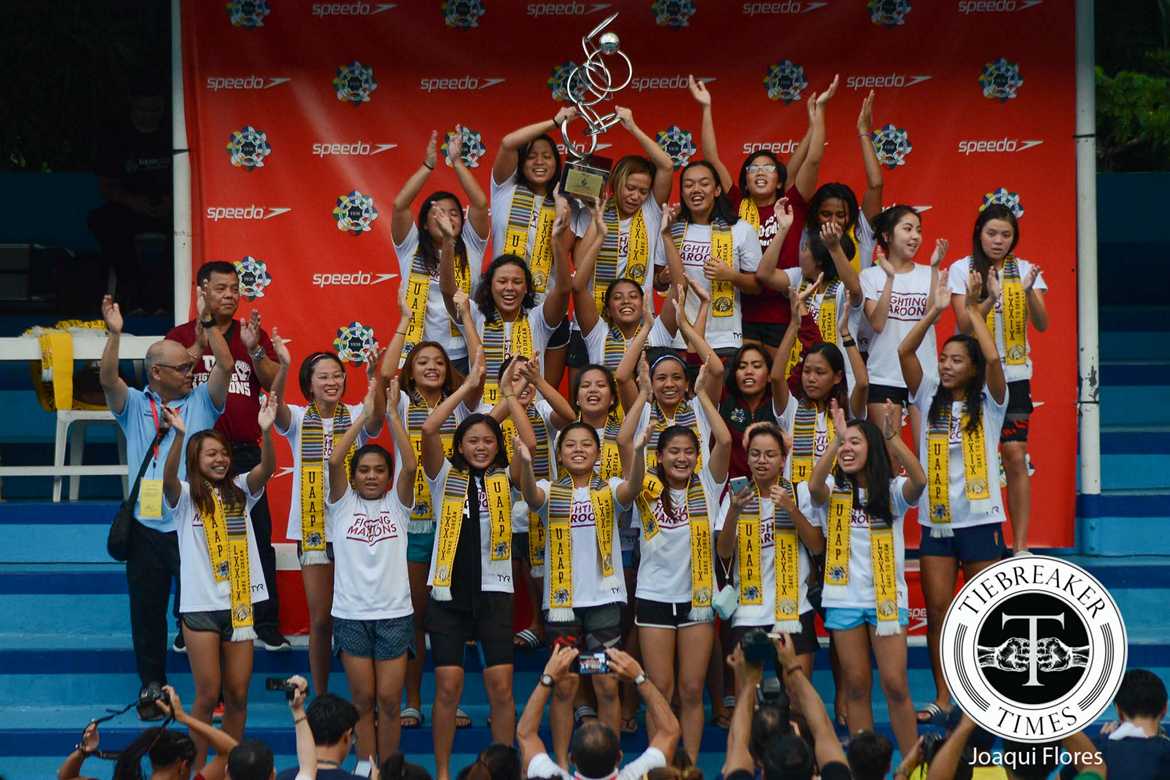 With a proud UAAP championship tradition, the University of the Philippines Lady Maroons reclaimed the throne it temporarily ceded to the Ateneo de Manila University Lady Eagles in the last two years, completing a remarkable come-from-behind victory capped by their dominance in the breaststroke events, Monday afternoon.

The UAAP Season 79 Swimming Championships tiara is their sixth in nine years.

But she also added that it was bittersweet for them as their goal as a program was to grab a double championship. “Kaya naman eh. Hopefully ganon na ‘yung makuha next year.”

In what could be considered a major upset in the tournament, returning Lady Maroon Delia Cordero, a former Rookie of the Year and Most Valuable Player, finished ahead of Ateneo’s back to back MVP Hannah Dato (2:27.33) in the 200m Butterfly by clocking in at 2:23.48. This was the first and only event Dato did not win the gold medal in her three years in the league. She later revealed that she was nursing an injury entering the tournament. Romina Gavino of Ateneo finished third in 2:27.85.

Catherine Bondad of De La Salle University took the only other gold medal in the 50m Backstroke with her time of 31.23, finishing in front of Ateneo’s Ariana Herranz (31.41) and UP’s A. Bartolome (31.42).

In the absence of a third straight championship, the Ateneo Lady Eagles swept the individual awards. Dato bagged her third straight Most Valuable Player award with 102 points while Ngui took the Rookie of the Year award with 59 points. The two athletes will be back next season for another shot at the title.

Certainly the Lady Maroons will have something to say on that. According to Rodgers, “We’ll work harder pa para makuha ‘yung back-to-back next year.”