CARMONA, CAVITE — After 22 weeks and a record-high of 90 matches, the PFF Women’s League ends with De La Salle University still staking its claim as the best women’s football team around after beating University of Santo Tomas to garner a total of 45 points at the PFF Training Center here.

To put things in perspective, the Lady Booters from Taft have now won both the PFFWL and the UAAP three times.

It was a repeat of last season’s finale, with the champion to be decided in the very last match between two teams only separated by a few points. And just like last year, De La Salle University edged out University of Santo Tomas by a single goal.

Despite being shaken up by their previous loss to FEU, DLSU committed to the decisive match. It needed only 9 minutes to take the lead after Tejanee Isulat’s corner delivery found Reese Jumawan for a defender goal. The early concession took some wind out of UST but there was plenty of time left to mount a comeback.

Half-hour insertions of Nathalie Absalon and Shelah Mae Cadag provided additional firepower for the Lady Booters of España ,but they were soon heavily marked by the likes of Bea Delos Reyes and Beth Caparida. Spirited runs by Alisha Del Campo also kept UST in check and the striker would even drop back to nullify Mary Joy Indac’s wing play. Ultimately, Jumawan’s goal held up and sealed the three-peat for La Salle.

“I just told the girls that they have to recover from their last game regardless of anything else. The [undefeated] record is just a record — who cares about records? The most important thing is to win the tournament, that’s what we joined for,” said Hans-Peter Smit.

Having completed the tournament that the La Sallian mentor considers is the best preparation for the UAAP, he maintained he was not too happy of his team’s performance and hopes this changes in time.

“[The university teams] are all preparing for the UAAP, and the way my team is playing is far from what is expected, so we still need to do more work. The way the girls played today is still beyond their abilities and capabilities. This is not the way we play, so we’ll see what happens until then,” he added.

Having led La Salle for most of the league with the critical absences of key teammates who were busy with national team duties, it came as no surprise that team captain Bea Delos Reyes was named the season’s Most Valuable Player.

“It was really quite challenging. Most of our teammates are rookies, so we really had to begin from the very start and form our chemistry throughout the league. For me, it’s really a big transition from being a first-year player to being able to get this opportunity to lead the team. Siguro the one thing I can describe being a player in La Salle is perseverance and hard work throughout,” shared Delos Reyes.

The Season 2019 champions also picked up an additional award in Glynnes Dela Cruz, who was declared Best Defender.

The Best Striker and Golden Boot award went to Tuloy FC’s Isabella Bandoja after gathering a league-best and record-breaking 30 goals. 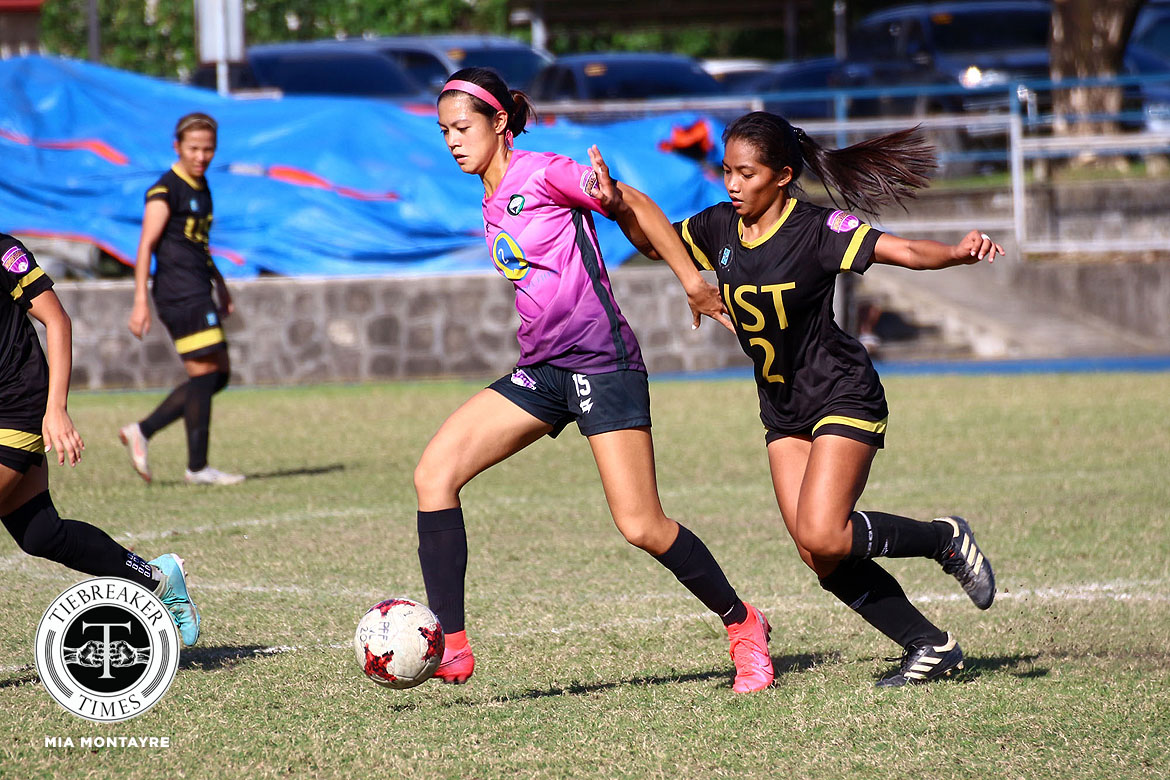 Therese Roxas netted the game’s only goal in the 48th minute, as the Ateneo-reinforced club held off the plucky challenge of the shorthanded Tigers FC at home in Moro Lorenzo Field. Moira Lim was firm in goal, picking up a rare clean sheet for the club.

“It’s very important to end the season on a winning note. We felt we could win this game. To be fair, our points tally this year I don’t think reflects the performances that the girls put in. They made a consistent improvement all throughout and it’s been a fantastic experience,” noted coach Shane Cosgrove.

Nomads finished the season in eighth place with 15 points on 4 wins, 3 draws, and 11 losses; Tigers FC end in ninth place with 10 points on 3 wins, a draw, and 14 losses. 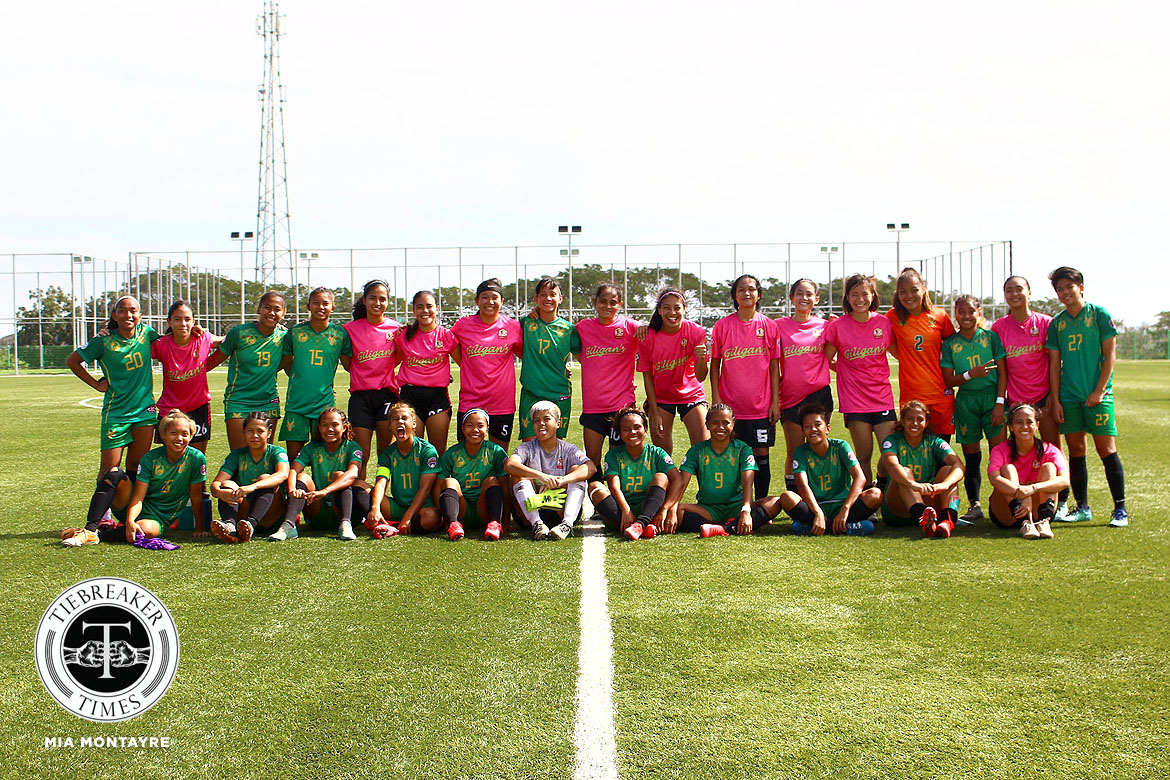 The crucial match determining a drop or climb for either team ended with Far Eastern University reaping the rewards after condemning Stallion-Hiraya FC to a 2-0 defeat.

Stallion-Hiraya had a great chance to draw first blood following a handball call inside the box early on. In the ensuing penalty however, Kimberly Pariña guessed correctly and saved Camille Rodriguez’s spot-kick.

Despite the miss, Stallion-Hiraya — known for their staunch defending throughout the season — were still able to deny FEU any breakthrough in the opening 45 minutes. But FEU regrouped, then in the second half, the continued pressure finally breached the rearguard when Carmela Altiche netted a 49th-minute goal. Stallion-Hiraya looked to equalize, but Glory Ann Lado’s 89th-minute consolidation nailed the coffin on the Makati-based club.

With the loss, Stallion-Hiraya drop to fifth but remain the season’s best club team with 27 points on 8 wins, 3 draws, and 7 losses. FEU rise to second after collecting 41 points on 12 wins, 5 draws and a single loss. It is their best league finish yet, something that pleased Let Dimzon.