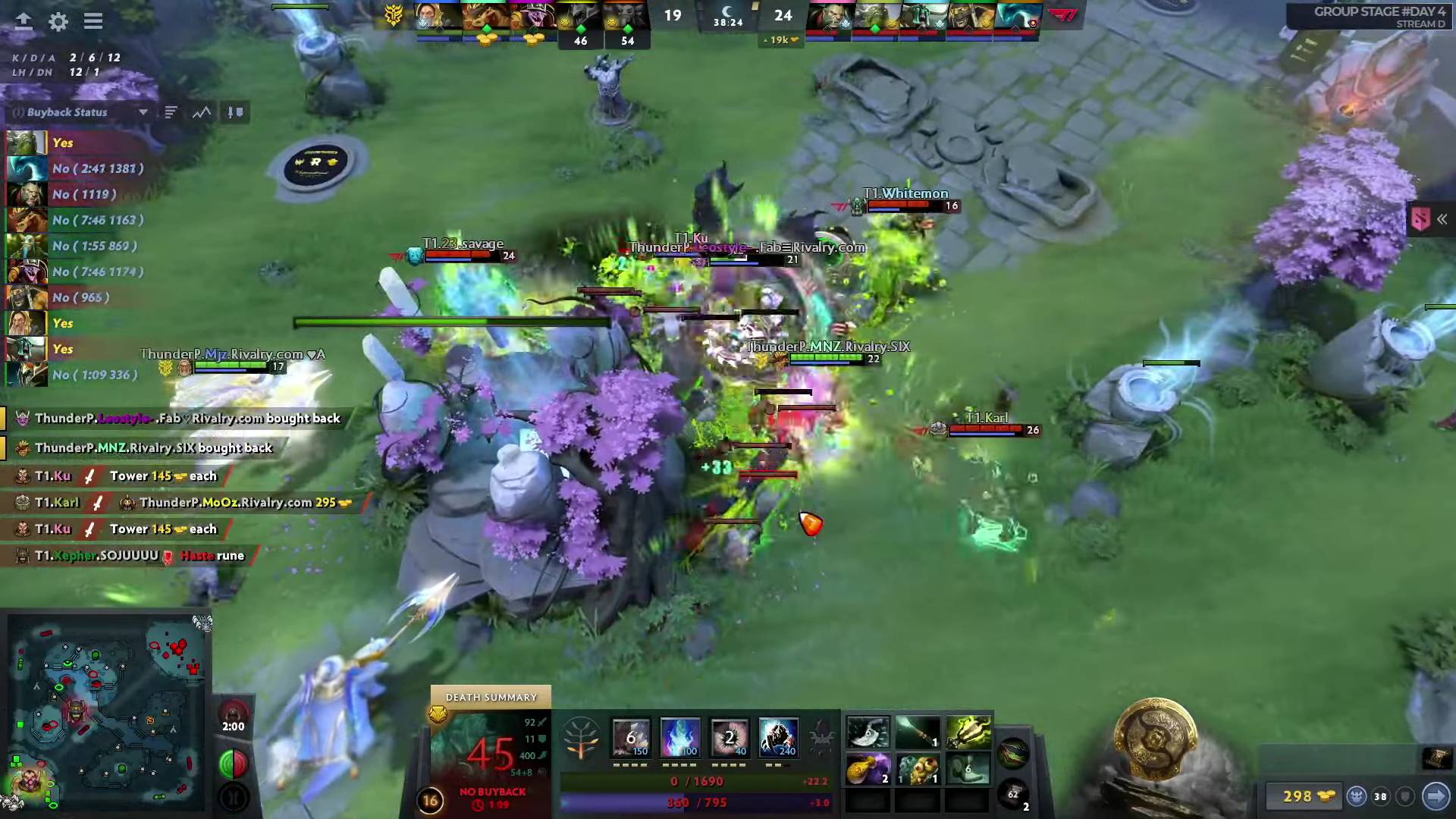 T1 punched its ticket to the upper bracket after placing fourth in Group A of The International 10 group stage, Monday.

The South Korean squad took out its final assignment of the group stage in Thunder Predator via a 2-0 victory.

T1 will go up against title favorites and WePlay AniMajor titlist PSG.LGD in the first round.

In a surprising turn of events, Abed “Abed” Yusop’s Evil Geniuses settled for the sixth spot in Group A after the 1-1 draw against Undying. Meanwhile, Fnatic, despite the 2-0 win over Team Secret, still ended up at the seventh seed in Group B.

Both Evil Geniuses and Fnatic will start the main event in the lower bracket.

Another Chinese squad in PSG.LGD bagged the top seed in Group B while Team Secret, Vici Gaming, and Team Secret, complete the upper bracket finalists, respectively.

Claiming the fifth spot is beastcoast followed by Quincy Crew, Fnatic, and Elephant.

Teams who are not advancing to the main event are Thunder Predator (Group A) and SG Esports (Group B).

T1 will go up against PSG.LGD in the best-of-three upper bracket.

On the other hand, Fnatic and Evil Geniuses will fight for their lives in the best-of-one lower bracket. The Southeast Asian squad will face Team Undying while the top North American squad will go up against Elephant.