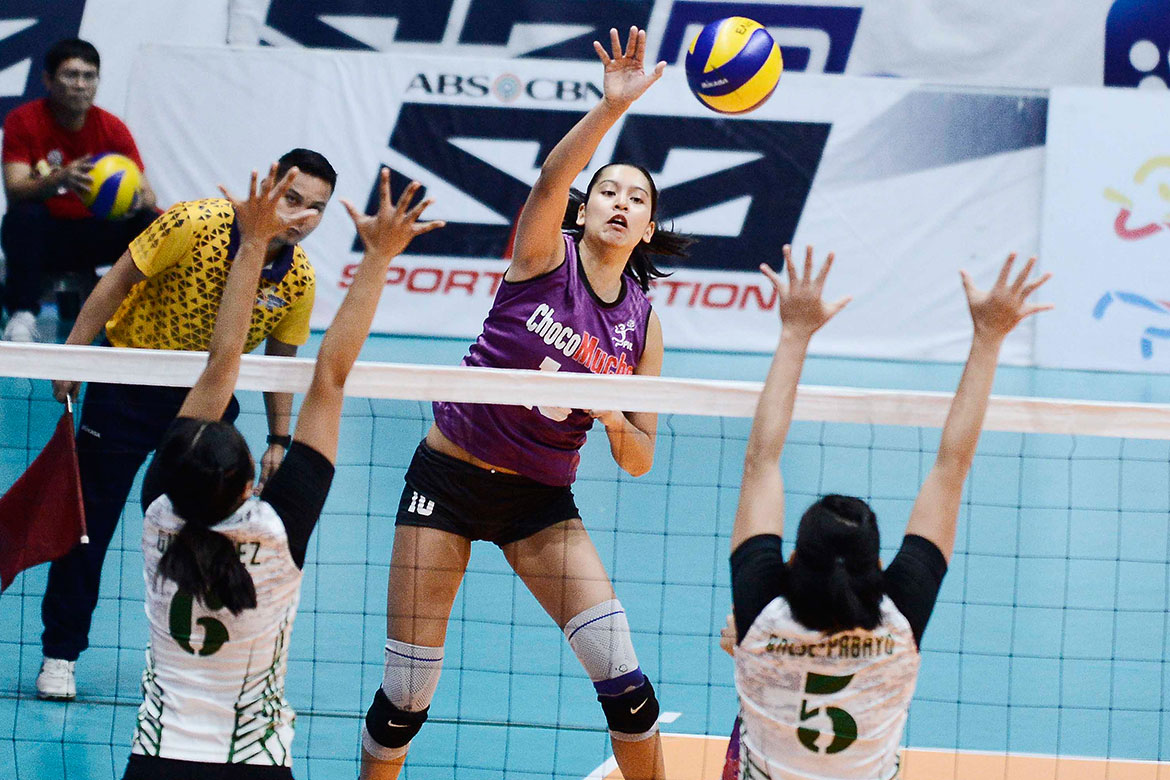 Tolentino exploded for a game-high 24 points built on 22 attacks. The 6-foot-3 winger out of Ateneo nailed the lethal blow in the decisive fifth set that completed Choco Mucho’s comeback from a one-set deficit en route to an improved 5-6 card.

The Flying Titans also exacted vengeance against the Lady Troopers, who previously grounded them in their first round tussle.

Maddie Madayag carried some of the scoring load. She fired 14 markers from 10 attacks, two kill blocks and a pair of service aces for the Flying Titans, who soared to their third straight victory.

“I gave that to my players because they’re really working hard. It’s really hard to cope up with the system with one month, two months. And we’ve been practicing hard,” Almadro added. “Luckily, nakakasunod na. May mga times pa rin na, of course, bumabalik pa rin sa mga default fundamentals. But what I admire my players is they really work hard.”

Aside from Choco Mucho’s collective effort, the match also came down to who limited their errors the most.

Despite squandering 22 miscues in the frantic affair, the Flying Titans were still the more efficient team, as the Lady Troopers dug their own grave with 42 errors in total.

Honey Royse Tubino topped the PacificTown–Army with 16 points, to go along with 11 excellent receptions. Jovelyn Gonzaga poured in a double-double of 15 markers and 17 excellent digs to no avail, as the Lady Troopers fell to 6-5.

Jem Guttierez chipped in 11 points, while Ging Balse-Pabayo and Lut Malaluan added eight markers apiece. PacificTown-Army playmaker Alina Bicar delivered 17 excellent sets for the Lady Troopers, who couldn’t close out the game in the fourth and fifth frames despite a commanding 2-1 buffer after the third set.

Choco Mucho will try to stretch their streak to four when they face Motolite on Wednesday FilOil Flying V Centre. On the other hand, PacificTown–Army square off against the Petro Gazz Angels on Saturday Iloilo City.