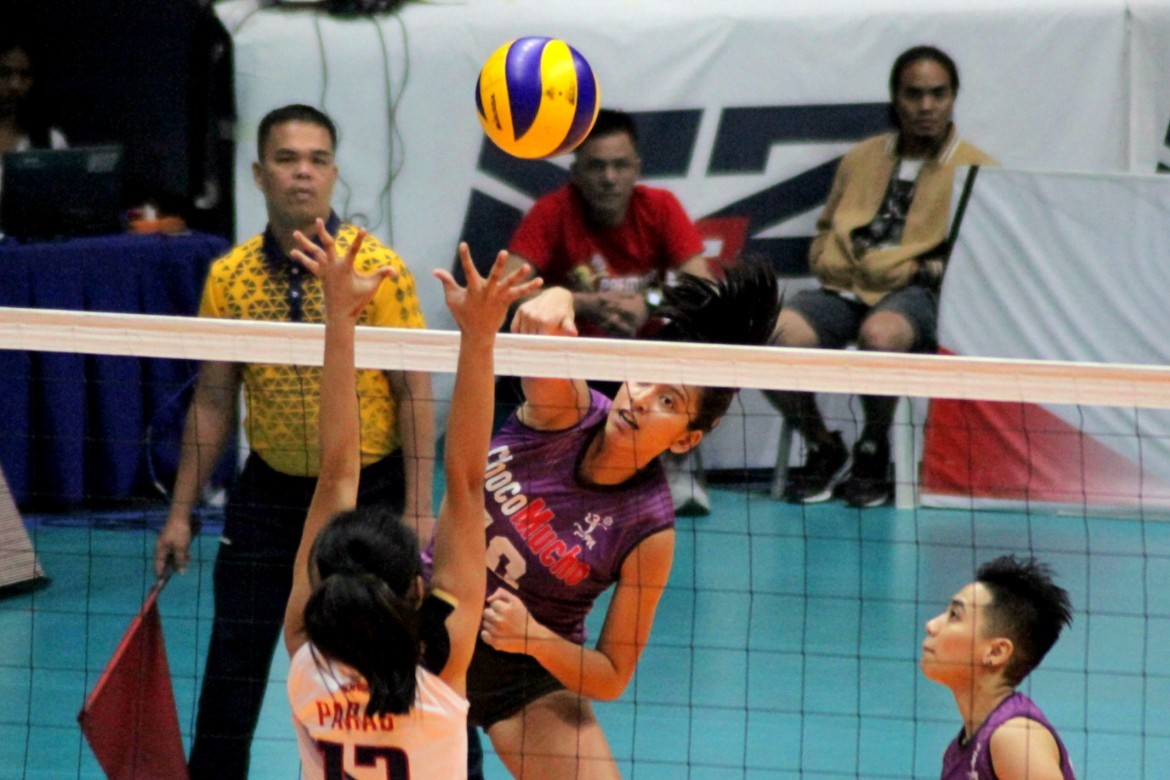 Coming off a heart-wrenching defeat from PacificTown-Army, the Choco Mucho Flying Titans bounced back at the expense of the Chef’s Classics Lady Red Spikers, 25-21, 22-25, 25-14, 25-18, in the 2019 Premier Volleyball League Open Conference, Saturday at the Filoil Flying V Centre.

“We had a heavy loss last Thursday but we cannot dwell on that. And we really have to adjust on our systems and plays. Unfortunately, yung cohesiveness, medyo ganun pa din. This is now the system, and we have to follow it,” said Choco Mucho head coach Oliver Almadro.

Looking to end things up in the fourth frame, the Flying Titans – who were up two-sets-to-one – figured in a tight tussle with the Lady Red Spikers. They trailed, 6-8, in the first technical timeout.

Tolentino and Maddie Madayag then turned things around for Choco Mucho, as the Ateneo-bred duo led the Flying Titans to a thin 16-13 cushion.

Choco Mucho ran past Chef’s Classic and led by as much as six points en route to their second win of the conference. They now post a 2-1 slate behind league-leaders Creamline and Army, while pummeling the Red Spikers to a 0-3 win-loss slate.

Madayag chipped in 12 markers for the Flying Titans, while Bang Pineda added 10.

AC Masangkay glued things together, dishing out 37 excellent sets to go along with her five points.

Despite taking the game in four sets, Choco Mucho had to buck a slow start after finding themselves in a 13-18 hole early in the opener.

Fortunately, the Flying Titans then turned on their gears and fired on all cylinders. They rose from a five-point deficit, powering a 12-3 run capped off by a rejection from Kat Tolentino to take the first frame from the upset-seeking Red Spikers.

After another rough start in the second set, Choco Mucho once again trailed Chef’s Classics, 18-20.

They then had no answer from there, as Justine Tiu, Bien Juanillo, and Nieza Viray lifted the Red Spikers. The trio took turns  delivering the differential hits to even the scores at 1-1.

Viray paced Chef’s Classics with 14 points, all coming from hits. Meanwhile, team skipper Tiu tallied 13 markers along with 14 excellent digs and 10 markers in the loss.

Choco Mucho picked up their pace from there, leading by as many as 12 points before bagging the third set.

Choco Mucho will next face BanKo on August 28 at 6:00 p.m. Chef’s Classics will look for its first victory tomorrow at 6:00 p.m. when they go up against the same team.