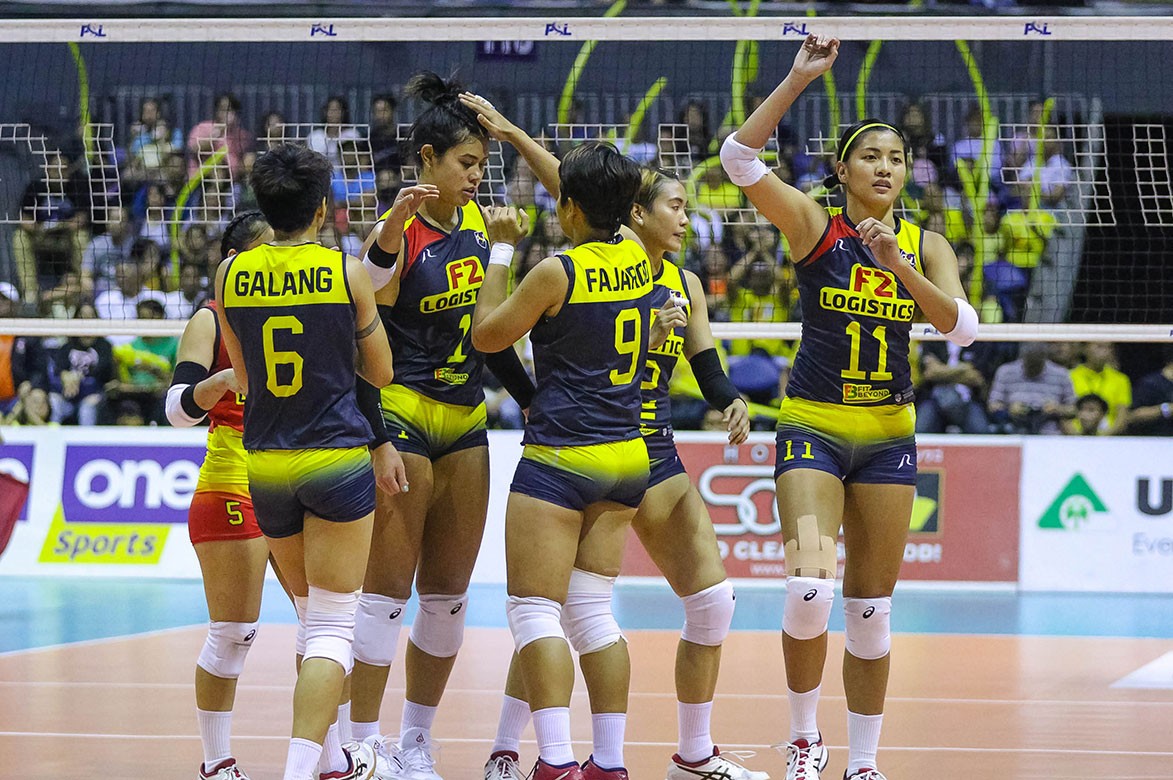 F2 Logistics were on pace to wrap up Game One of the 2019 PSL All-Filipino Conference Finals against the Cignal HD Spikers in straight-set fashion, Saturday evening.

But after capturing the first and second frames, Kalei Mau noticed that Alohi Robins-Hardy and the HD Spikers were playing far from her expectation.

Given the way Cignal performed in the early goings, the 6-foot-2 spiker had a gut feeling that the HD Spikers were about to make a spirited rally and pull off a shocker.

“At first, when we were taking them in the first two sets, I was like, ‘Something’s wrong?’ They are not fighting like I expected them to,” Mau recounted.

“And I know Alohi was kind of quiet in the first two, that wasn’t her.”

Having placed a lot of stock in her intuition, the Fil-Hawaiian decided to warn the rest of the Cargo Movers. She reminded them of what the HD Spikers are capable of in the face of adversity.

“I knew, I told my team that ‘Hey, look. They’re not gonna get beaten in three. Tonight [Saturday], they’re gonna come harder in the third set so we gotta play even harder,” Mau shared.

Robins-Hardy and the HD Spikers really did mount a comeback.

The do-it-all playmaker served up the plays that recalibrated the offense of the HD Spikers, who then pulled solid contributions from the quintet of Janine Navarro, Jovelyn Gonzaga, Mylene Paat, Roselyn Doria, and Ranya Musa that fueled the uprising.

Cignal also relied on its floor and above the net defense to disrupt the F2 Logistics.

While Doria fortified the wall that stifled the offensive exploits of the Cargo Movers, Jheck Dionela and Gonzaga patrolled the floor whenever an attack found its way through the outstretched arms of the HD Spikers.

However, Mau and the F2 Logistics saw it all coming. As she put it, “This is what I expected.”

The Cargo Movers then seized command in the rubber set and used their steady service game to shift the tides to their favor and quell Cignal’s searing momentum.

“It was really important that we just get all of our serves in,” Mau opined.

“We were able to control that in the fifth set when it really mattered. I’m really proud of them for closing out.”

Having earned a hard-fought victory to take a commanding 1-0 series advantage, the Cargo Movers are going for the jugular.

“The mindset is that it’s ours. Every opportunity we get, every set I get, I’m going to put it down because we’re not playing around, this is high stakes so I’m really excited. I want it more than anything.”

‘Weird’ feeling for Eya Laure as she faced Cherry Rondina