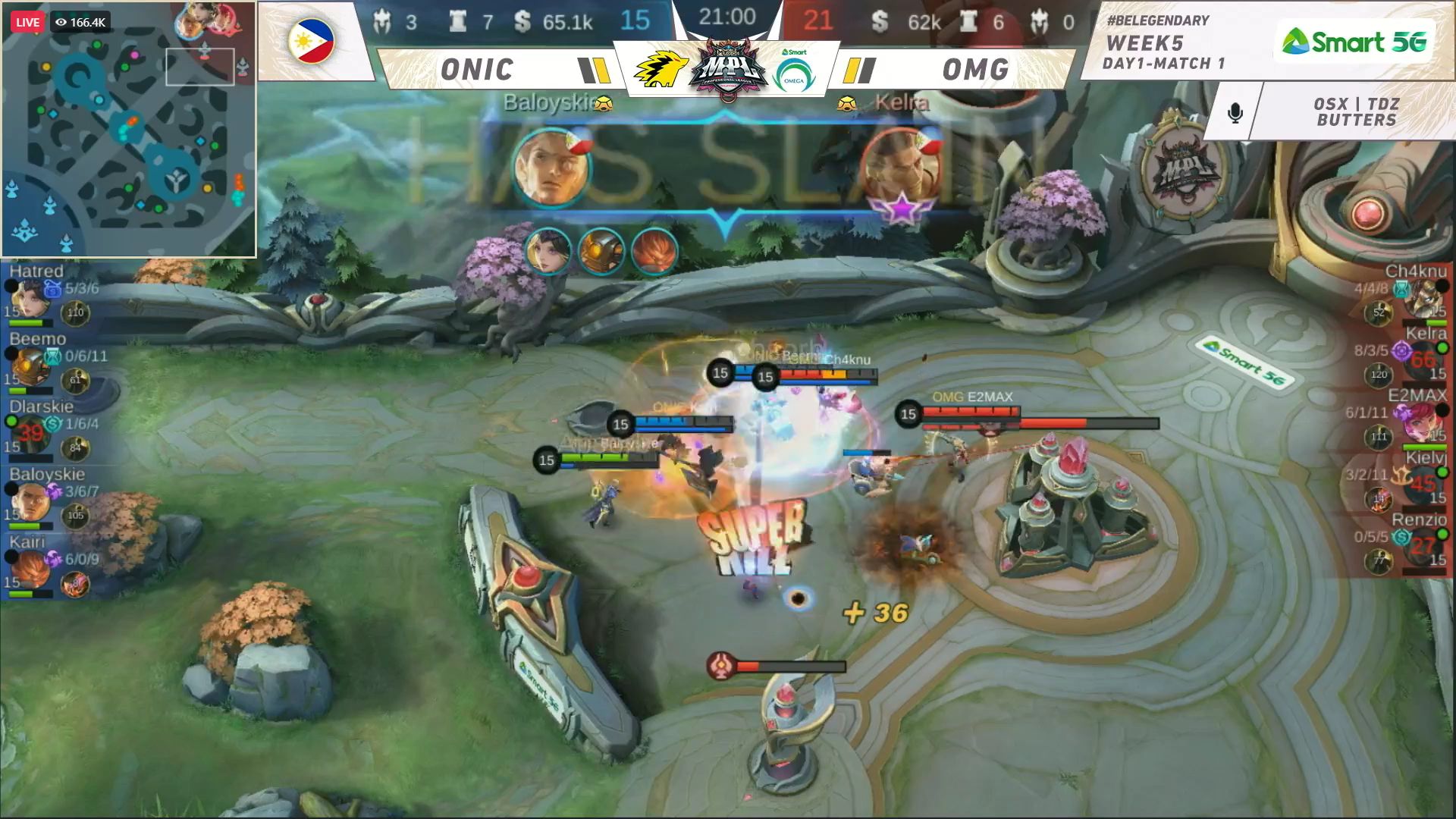 The team, who experienced a bug during the drafting phase which delayed Game Three for more than an hour, solidified its hold of the second spot with 19 points – a point behind the league-leading Blacklist International – through a 6-3 win-loss slate.

A battle for the Luminous Lord went to the side of ONIC PH in Game Three after they took down Renz “Renzio” Cadua’s Esmeralda – stopping Omega Esports’ attempt for a contention.

Kairi finished with a perfect 7-0-9 KDA while Ian “Beemo” Sergio, who took the SMART 5G MVP award, ended with a game-high 12 assists along with six deaths in the match that lasted for 21 minutes and 12 seconds. 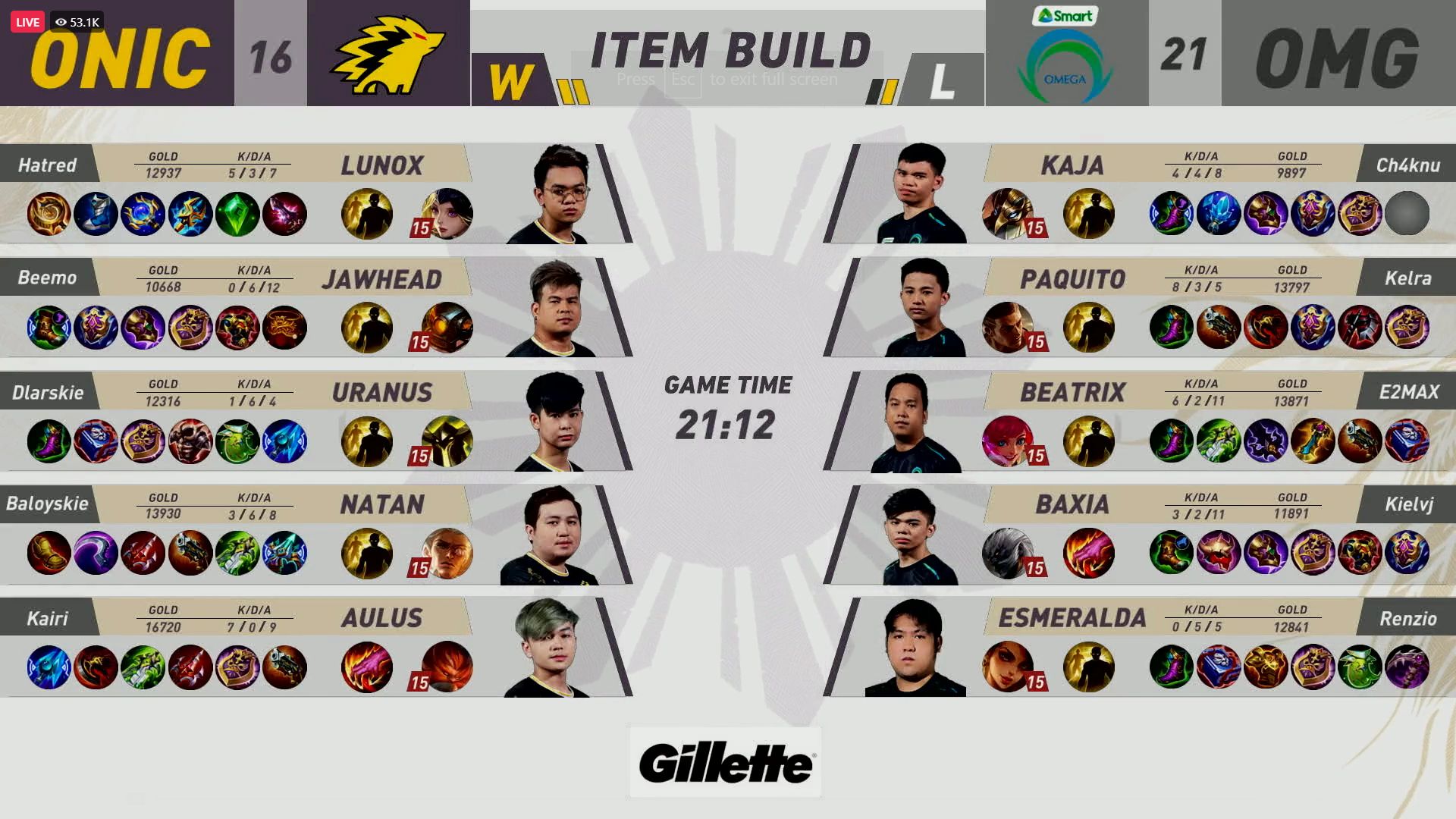 According to shoutcaster Adrian “Butters” Jison, ONIC PH was supposed to pick up Aulus during the first draft but was surprised when Bane appeared on the screen. The MPL league operations then decided to do a redraft to ensure parity.

Kairi’s Aulus secured a crucial Lord steal for ONIC PH in the 11:29-minute mark of Game One to turn back Omega Esports through a 16-8 result.

Down one man against Omega Esports, Kairi rallied his troops towards the Lord pit for the steal while also taking down Patrick “E2MAX” Caidic’s Beatrix and Kielvj “Kielvj” Hernandez’s Bane to give ONIC PH its much-needed separation.

That seemed to be it for ONIC PH as they closed out the win in 16 minutes and 49 seconds all thanks to Kairi’s 6-5-1 KDA line en route to the SMART 5G MVP award. 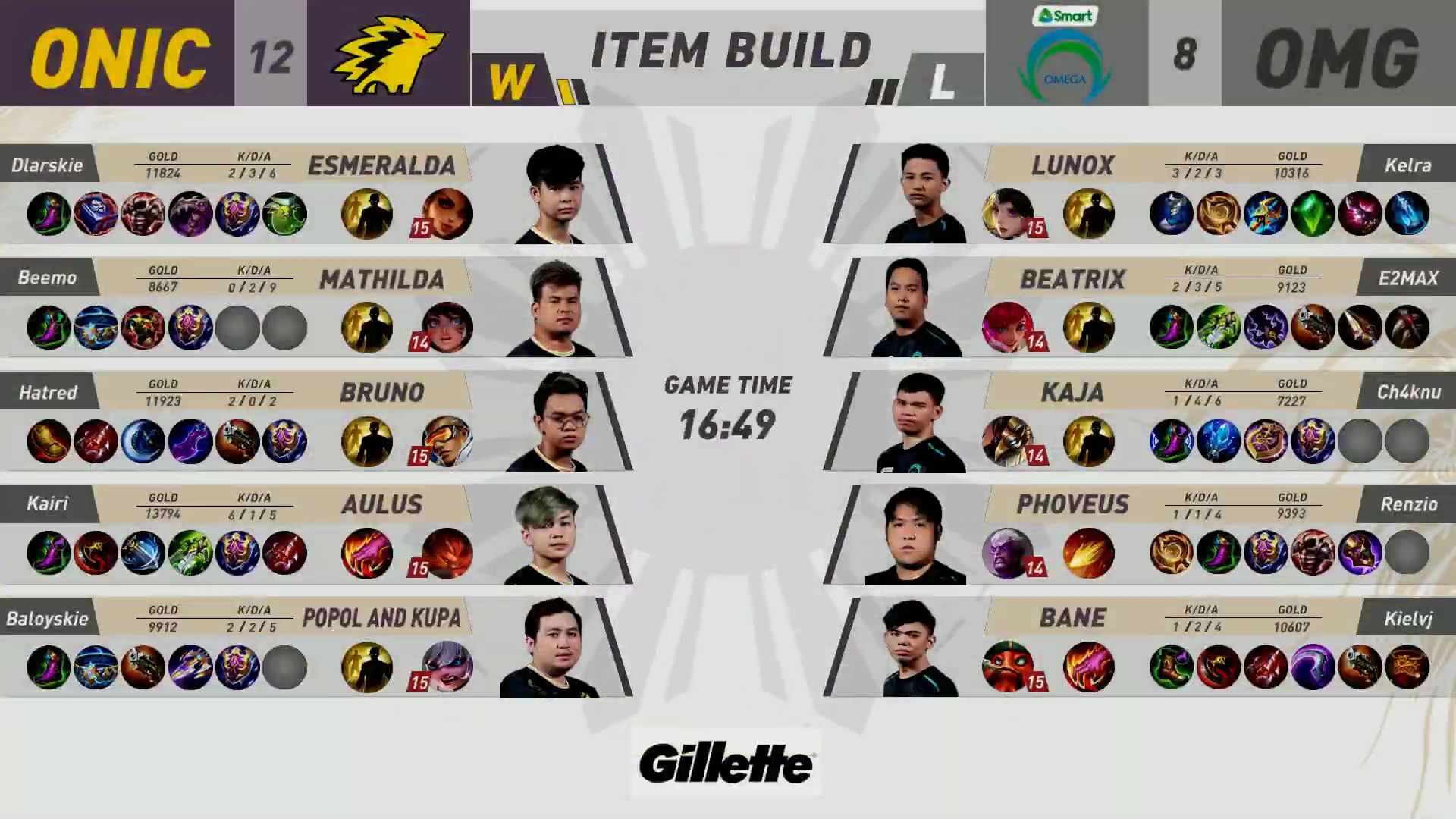 E2MAX powered the win for Omega Esports with four kills and 11 assists against one death in the dominant 21-7 win in just 10 minutes and 50 seconds. 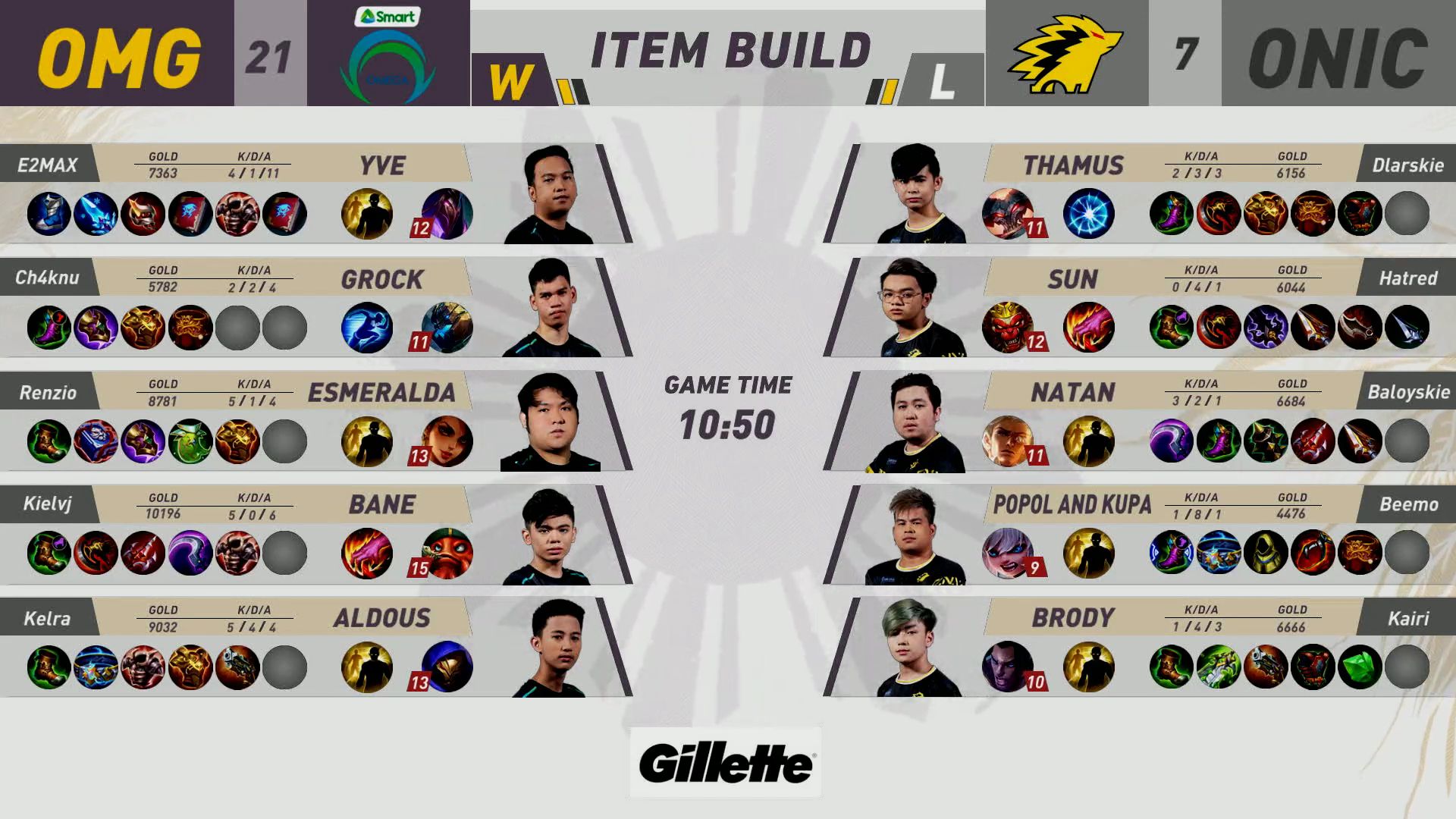 Omega Esports is now tied with Nexplay EVOS (3-4) at the fifth spot with ten points each through a lowly 2-7 win-loss standing.

ONIC PH will take on reigning world champion Bren Esports tomorrow at 8:00 PM while Omega Esports looks to salvage its campaign next week, Saturday against ECHO at 4:00 PM. 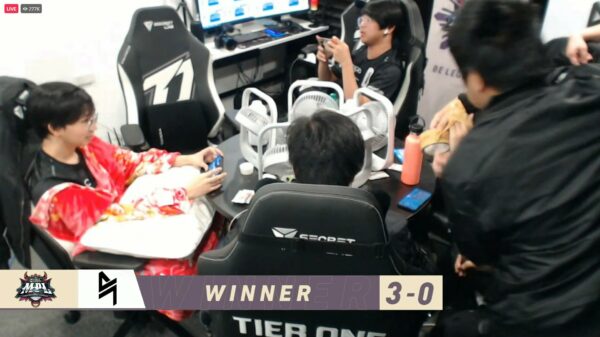 Kiel “OHEB” Soriano finally made his return as Blacklist International ended Nexplay EVOS’ run, taking a dominant 3-0 victory to advance to the losers’...