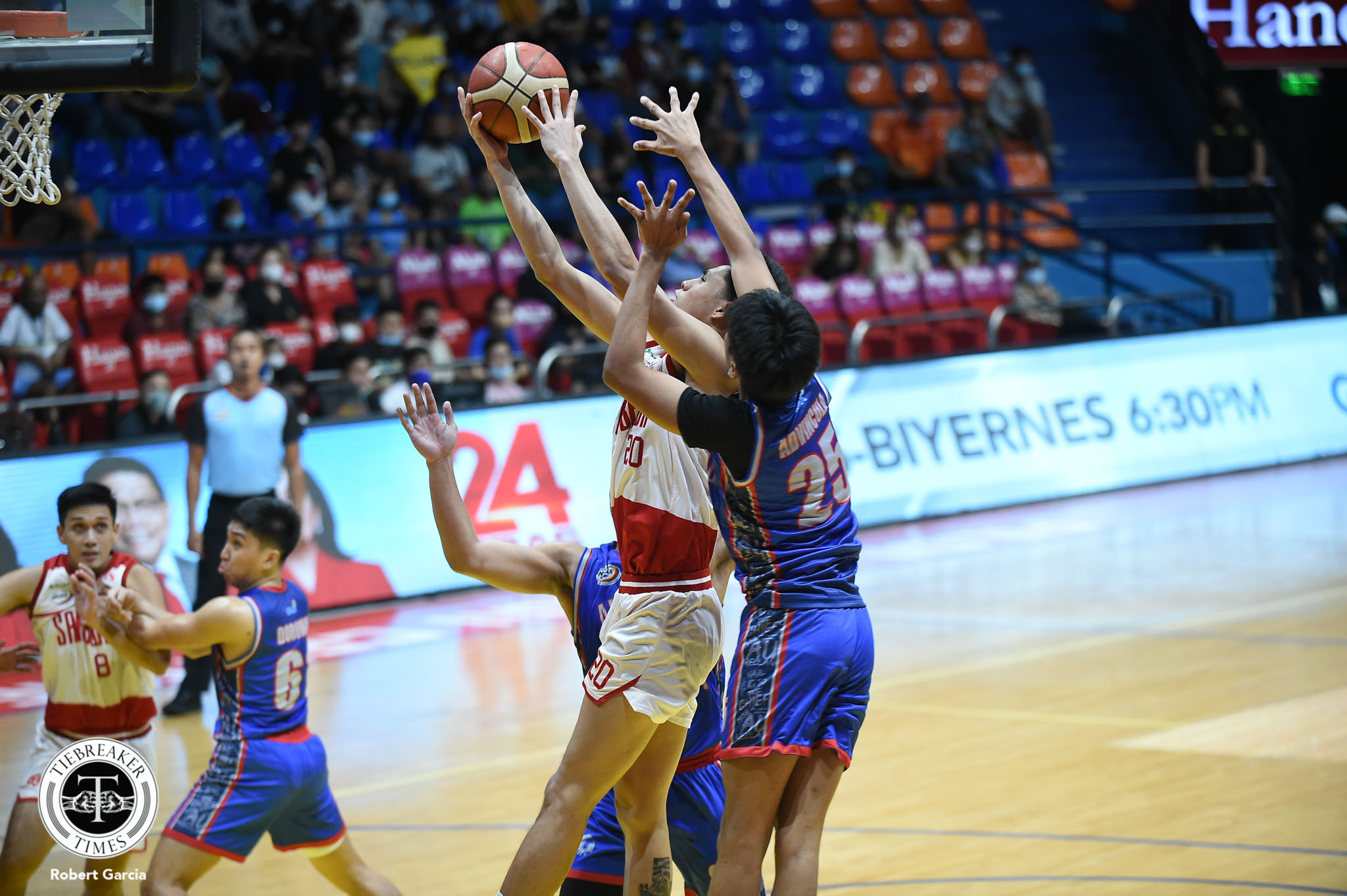 The sophomore scored nine of his 10 points in that first half, along with four rebounds, two blocks, an assist, and a steal.

And with the recent issue about the Red Cubs coaching staff getting the pink slip, it was no wonder why Sanchez had added motivation and dedication to winning the game.

He is one of the young guns from the Red Cubs program last 2019, and was a champion in Season 95 of the NCAA Juniors Basketball Tournament. Given this, Sanchez dedicated this game to all of the coaching staff from the juniors’ team who helped him shape himself into what player he is now.

Head coach Yuri Escueta emphasizes that he wants to help Sanchez improve his one-on-one plays since he was limited in the second half with only a point.

Still, the TNT Tropang Giga assistant coach wants to develop Sanchez into a formidable player when he steps up to the pro league. After all, there, he will go against wing players like Calvin Oftana, Troy Rosario, and Javee Mocon.

“I told them naman bigger responsibility relies with them diba? So they play most of the minutes diba they get most of the touches. One of the reasons nandito ako is to be able to help these guys playing basketball the right way they could bring whenver they go to in the future,” Escueta said.