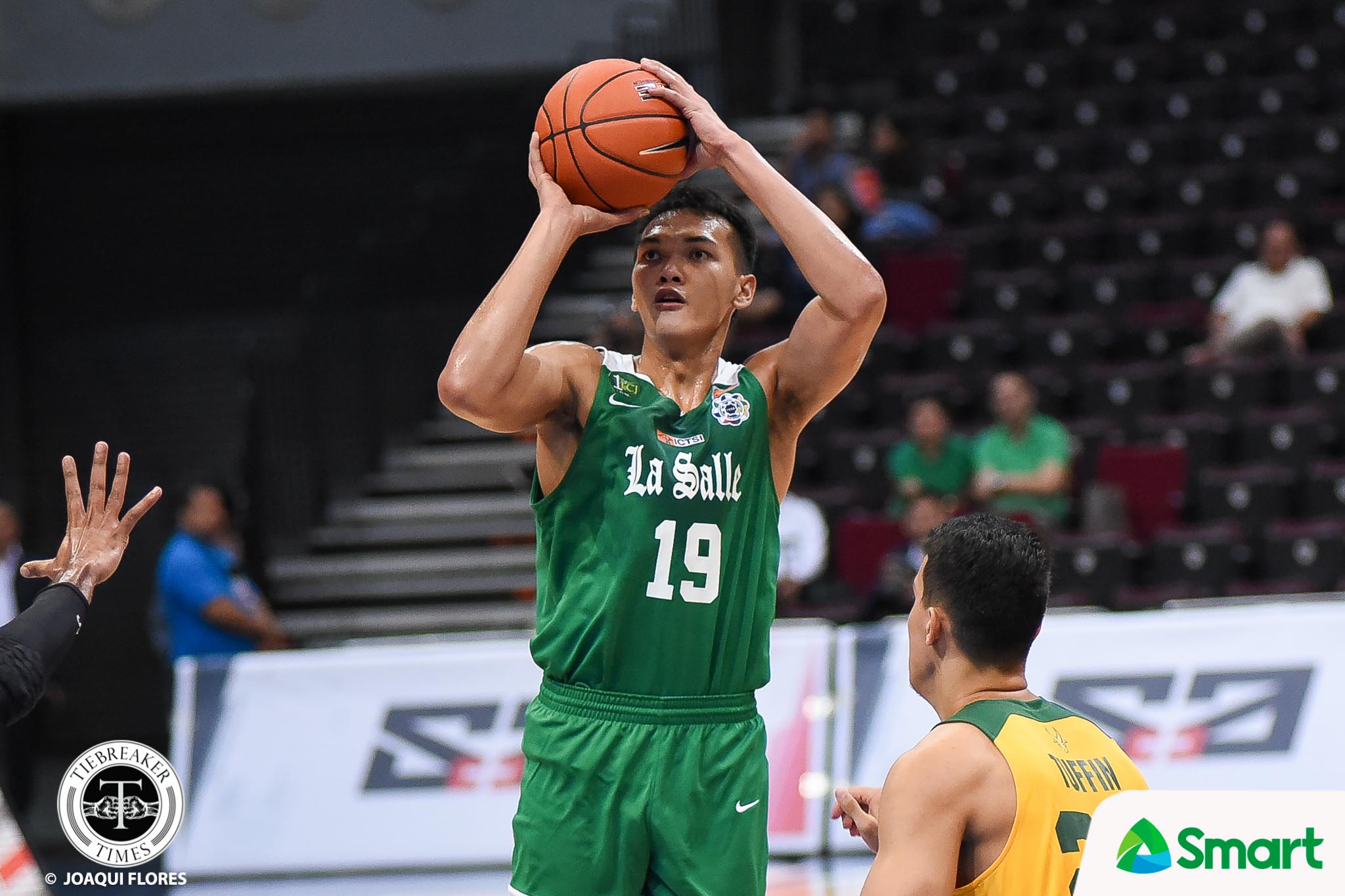 For the past two years, Justine Baltazar has been carrying the De La Salle University Green Archers.

Though it has been a struggle, the 6-foot-7 big man out of Pampanga has been drawing high praise from the Lasallian community.

Apparently, the Samahang Basketbol ng Pilipinas has been keeping tabs on him as well.

The federation has named Baltazar as one of the eight amateur standouts potentially included in the 24-man Gilas Pilipinas pool for the 2019 Southeast Asian Games.

Despite his outstanding high school career at NU, the native of Pampanga never made it to Batang Gilas. And so his inclusion in the pool is already a dream come true for him.

No one can ignore Baltazar this time around, though.

Last season, he made the All-UAAP team after being in the shadows of Ben Mbala during his first two years in La Salle. This season, he has raised his numbers, averaging 16.2 points, 12.4 rebounds, 2.0 blocks, and 1.2 assists.

Even if he will not be lined up, Baltazar knows that training with the team will be a huge help for him moving forward.

Andrei Caracut made sure to silence La Salle doubters