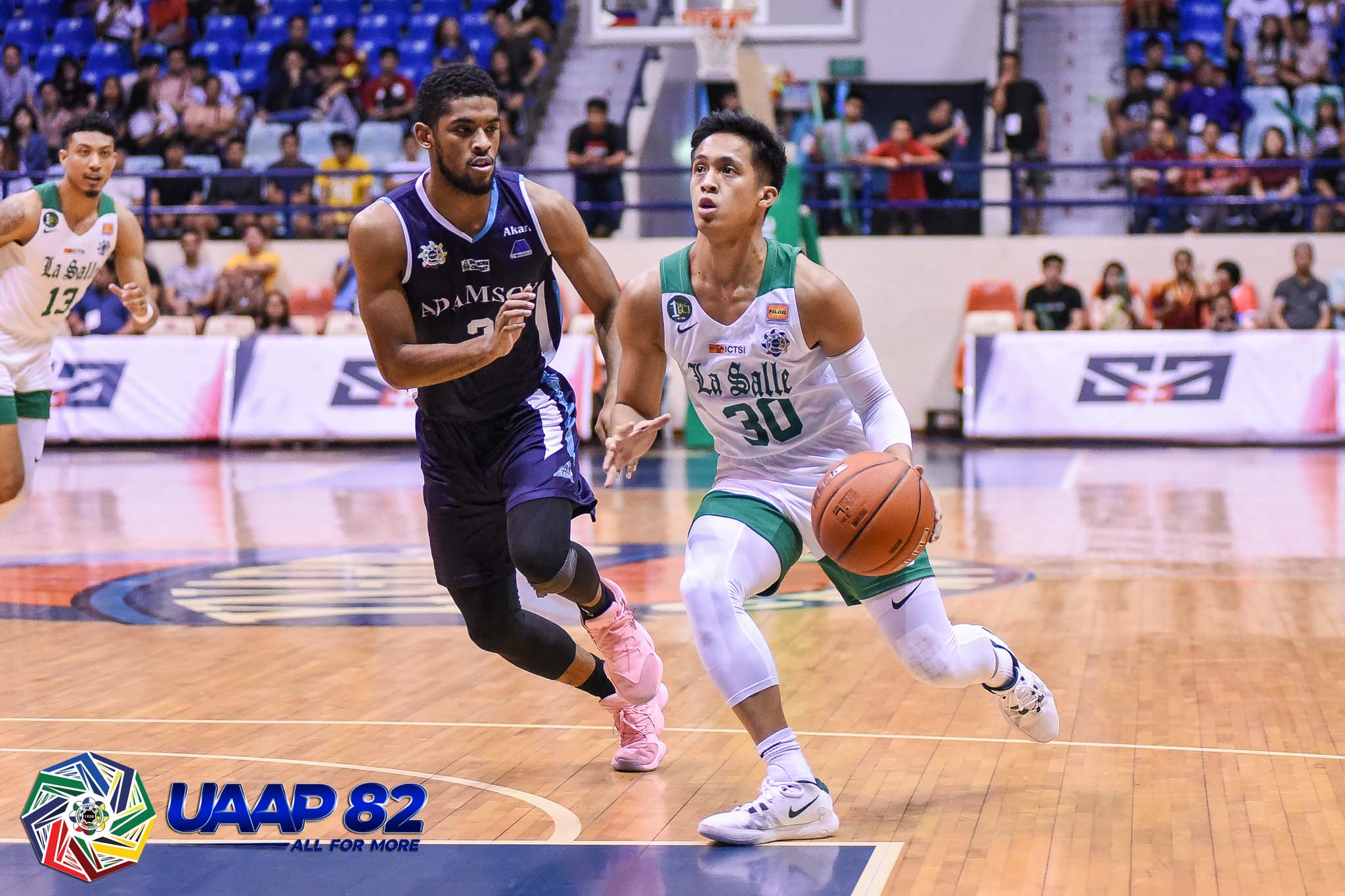 The graduating guard buried two treys in the final minute that gave the Green Archers the five-point breathing room it needed, the last of which put the Taft side up, 66-61 with 28.3 seconds left.

Those crucial baskets were the biggest of his 15 points after missing his first four attempts from deep, while also hauling down two rebounds in the victory.

“Thank you Andrei for those three-point shots,” said coach Gian Nazario, as his side ended a two-game skid to rise to 2-3.

Aljun Melecio joined him in that rally, hitting the go-ahead floater that broke a 58-all deadlock. He also gave La Salle the two-point edge in the last 2:42 that more than made up for his four points and seven boards.

Justine Baltazar tallied 21 points, 14 boards, two assists, and two blocks for the Green Archers. Jamie Malonzo also had himself a double-double in the tune of 12 points and 11 rebounds.

The loss sent Adamson down to an even 3-3 card, as they continued their roller-coaster ride of a season.

Jerrick Ahanmisi and Valandre Chauca both scored 13 points in the Soaring Falcons defeat.

La Salle look to sustain their streak and end that of the UP Fighting Maroons on Wednesday, September 25, 4:00pm. Meanwhile, Adamson will try to bounce back on Saturday, September 28, against the FEU Tamaraws at 4:00pm. Both games will be at the MOA Arena.

Kiefer Ravena successful in return as NLEX holds off Phoenix

Noy Baclao out for 8-10 months