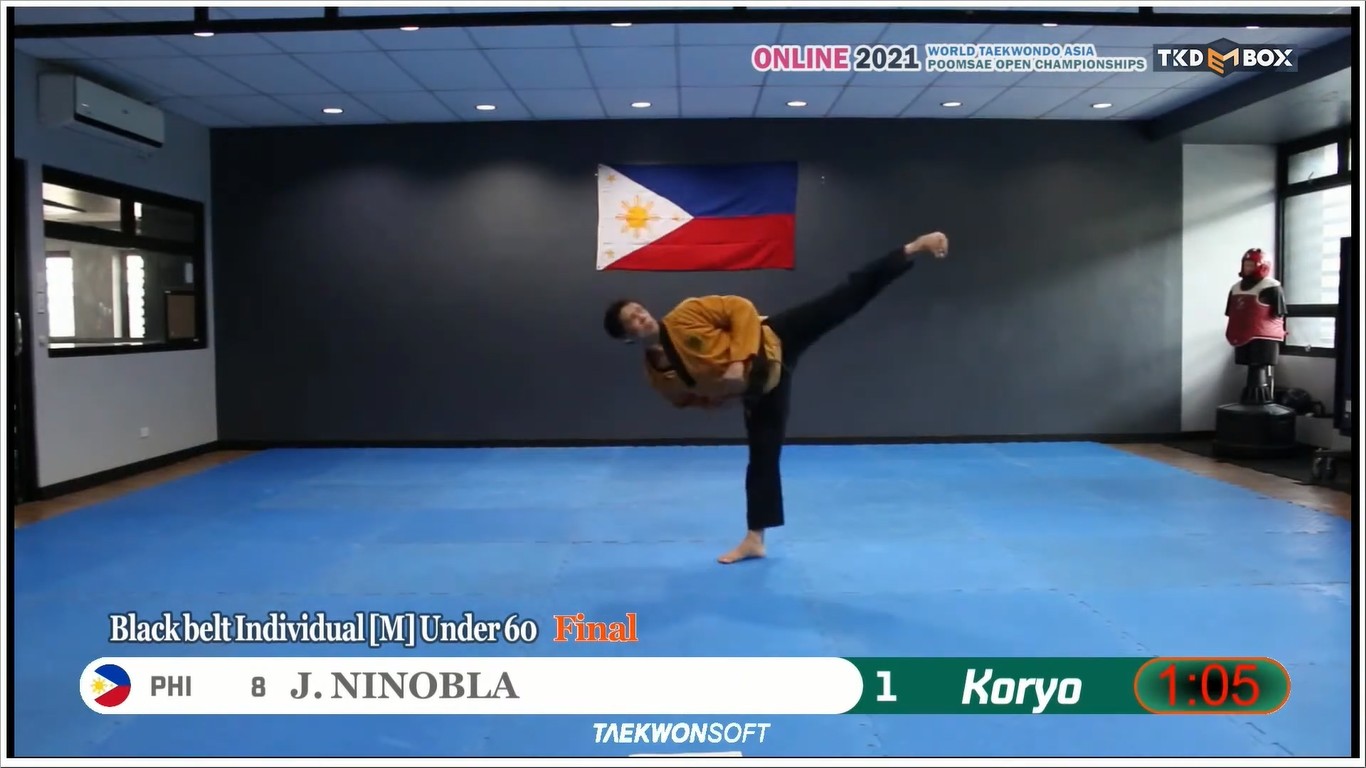 Veteran Filipino jin June Ninobla proved once more that age is just a number after he bagged two medals, one of them gold, at the recently concluded 2021 World Taekwondo Asia Poomsae Open Championships, Wednesday afternoon.

The Asian Championships silver medalist took the gold this time in the men’s under-60 category after posting a final score of 7.430, with silver medalist Liao Yun-Cheng of Chinese Taipei’s 7.090 a far-second.

Ninobla, 51, showed power and good connection on his movements to get a 7.380 in Koryo. Then he exhibited balance beyond his years to get an even higher score of 7.480 in Keumgang.

The World Championships third-placer had won a bronze medal the previous day after he and daughter Jocel Lyn bagged the bronze in the family pair category with a 7.790.

Cyd Edryc Esmaña also bagged a gold for the Philippines after topping the men’s cadet individual category with a huge 7.680 score line.

The teenage wonder from Iloilo impressed with his power in Taegeuk 5 for a 7.620. He then followed it up with good control for a solid 7.740 in Taegeuk 8.

Taking silver in the family pair category are brothers Vincent and Paul Rodriguez after garnering an average score of 7.850 — just 0.030 away from champions Nur Humaira Abdul Karim and Nurul Hidayah Abdul Karim of Malaysia.

Also adding a silver is Shellah Agman in the female individual Children 1 class with a 6.920. Thailand’s Matachanok Wongwangchan was the runaway winner with a solid 7.540.

The enhanced community quarantine did not stop one lady jin from University of Santo Tomas from bringing glory to the country. Three-time UAAP Poomsae... 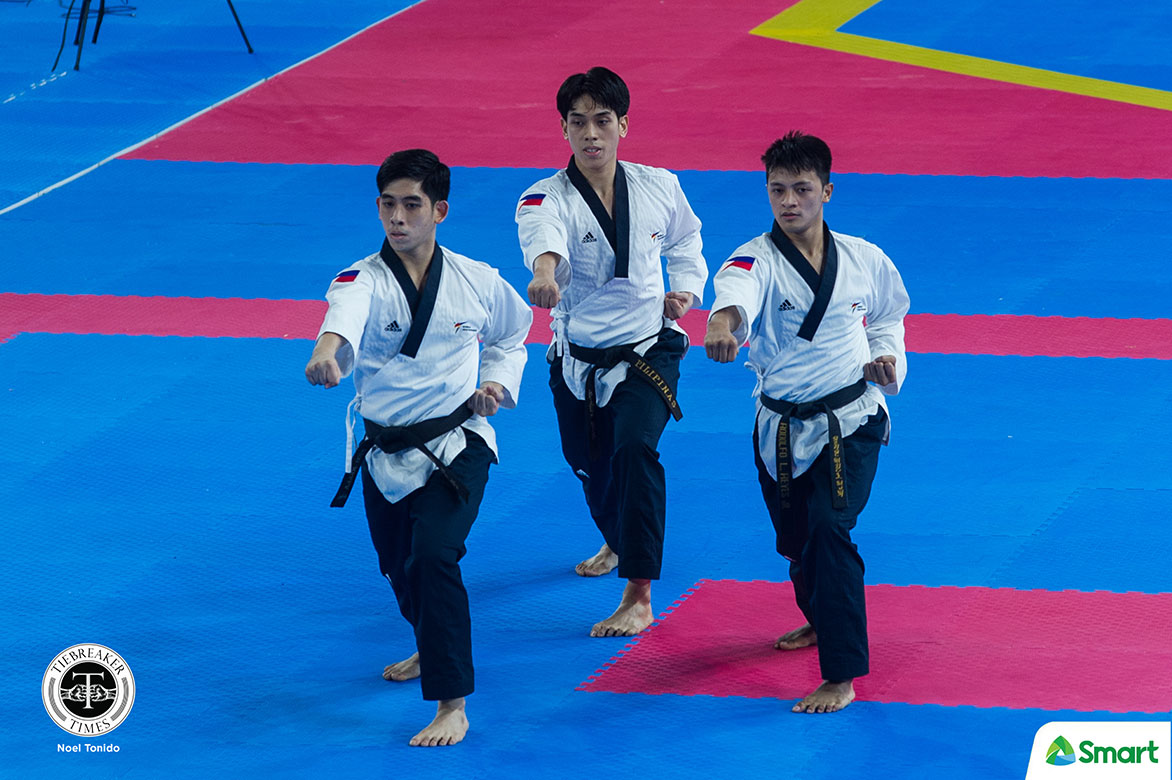 The team of Mella brothers Dustin and Rico, and individual champion Junior Reyes, took the competition by storm and bagged a record fourth-straight Southeast... 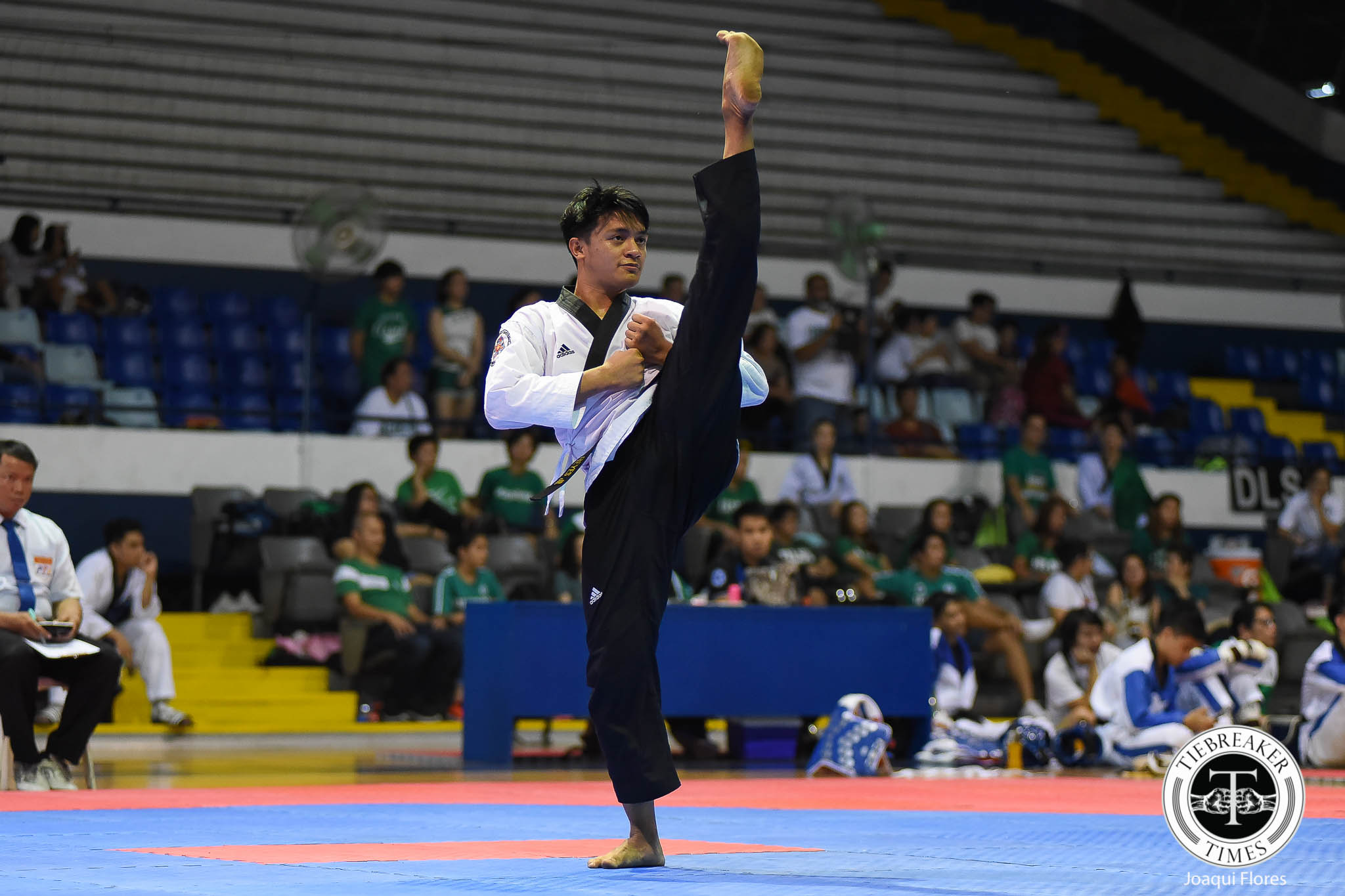 It was a rousing start for the Philippine National Taekwondo Team, as Junior Reyes bagged gold in the 2019 SEA Games’ recognized poomsae men’s...